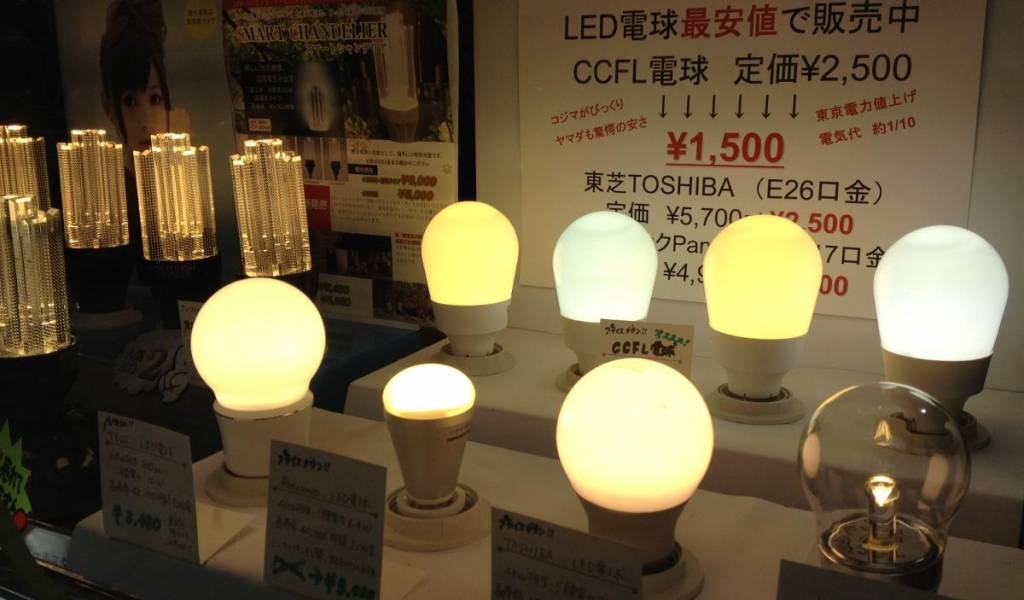 Before we talk about saving, it’s handy to examine how your power bill is calculated in the first place. The amount you pay for electricity varies in Tokyo depending on the particular plan you are on with your power company and your usage.  The now infamous Tepco (Tokyo Electric Power Company) has seven basic household plans – you could think of these in terms of the thickness of the ‘pipe’.  If you have lots of appliances (for example more than one air conditioner) then you’re going to need a ‘fatter pipe’, so you are charged a higher flat fee.  If you don’t use many appliances at the same time and you don’t have any really big power sucking appliances then you’ll be on a cheaper plan.  The exact plan you are on is determined by the circuit breaker that you have installed in your fuse box.  Rather than poke around in the fuse box, you can find the exact plan you’re on by checking your power bill – you’re unlikely to be on anything less than the 40Amp plan.  If your circuit breaker keeps cutting out or if you hardly use any appliances, you can ask Tepco to change your circuit breaker for free.  Usage charges go up in steps and are charged per kWh.

See the tables below for a breakdown of flat and variable charges. (note that Tepco has requested permission from the government to raise their prices over summer so there’s a good chance they’ll go up)

Variable Rates (based on usage)

Here are a couple of scenarios to give you an idea of typical costs.

Additionally Tepco has various plans for getting discount power at night, but if you’re not currently using this then it will likely require some re-wiring of your house.

LED light bulbs are the rage these days, but they’re unlikely to deliver major cost savings – especially given the upfront cost.  The easiest way to reduce power consumption is to concentrate on the big power sucking appliances in your home – air conditioners, fridges and washing machines.  This is all pretty basic advice, but hopefully it’s useful.

Beyond shelling out for a newer more energy efficient model, there are a few things you can do.

– Make sure the filters are clean.  ACs are a lot more efficient if they don’t waste power trying to blow air through blocked filters
– Set the thermostat higher – when I first came to Japan I had to set the aircon to 20 degrees or I melted, try gradually increasing it until you’re used to it
– Close doors to areas that don’t need to be cooled and turn of coolers in those rooms.  Also, don’t open windows with the aircon on – the temperature will equalise to the outdoor temperature and your air conditioner will be operating at maximum capacity trying to reduce the temperature which is impossible.  Do one or the other – both doesn’t work and uses more power.

Another really simple method for saving on air-conditioning is to not be in your house – cooling at the beach, a local park, a beer garden or the library won’t cost you anything.

Either in the fridge part or the freezer part there will be a knob/switch for adjusting the strength of the refrigeration.  This is likely to be marked with ‘弱’ (weak) at one end and ‘強’ (strong) at the other.  If it’s set to the strong end you could try turning it down to the middle setting.  If there are any adverse effects on your food, you can always switch it back again.

The easiest way to make savings with your washing machine is to use it less – don’t do half loads, wait until it’s full first. You could also try wearing your clothes longer during the hot summer months, but if you do, please stay well clear of me!

For a less clear explanation of Tepco’s pricing, go here. For some cheaper alternatives to Tepco, check our article on the newly introduced open electricity market in Tokyo.