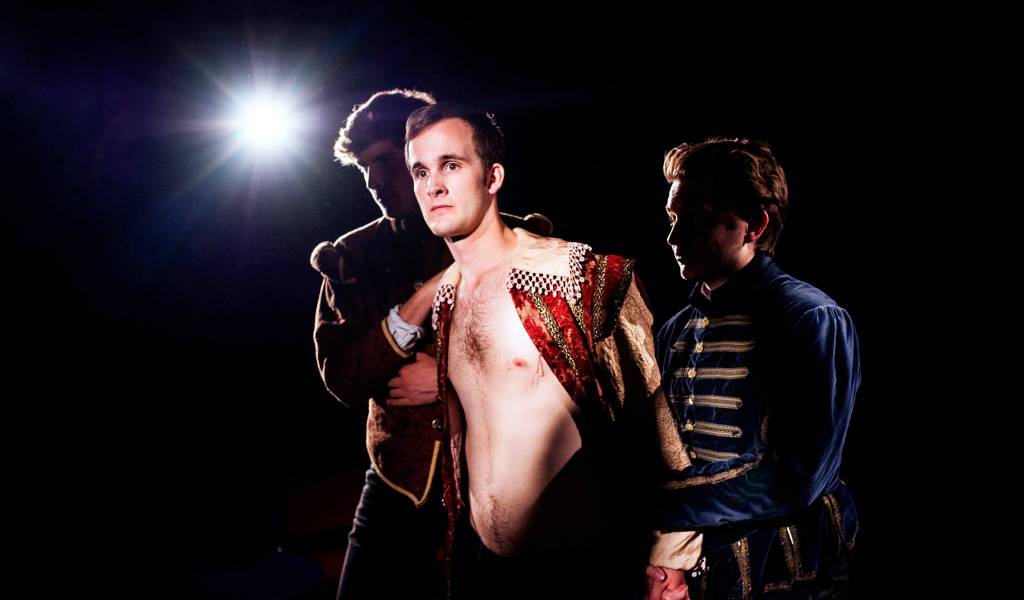 Most: Hard to think of just one thing. I think Japan in general is one of the best places to live in the entire world.

Least: God damn, but it’s easy to get lost.

Who are you and what are your Cheapo credentials?

I’m an idiot or an idealist, depending on your point of view or your politics. I left the I.T. sector more than four years ago in order to try to make a living running a non-profit theatre company in Japan. That theatre company is the Yokohama Theatre Group (YTG). I like to joke that we are the best-kept secret in Yokohama. I don’t like that it actually seems to be true.

In any case, as you can imagine, the last four years have seen some belt tightening. Luckily, I’ve always been a cheapo, so it wasn’t a huge shift in lifestyle.

I’ve never lived in Tokyo, but I’ve lived in nearby Yokohama for more than 11 years. I did work in Tokyo for four and half years, and I’ve directed and acted in shows in Tokyo. Before I came to Japan, I lived (and did Theatre) in Toronto. That’s the city I grew up in, and honestly, I never expected to leave.

Being a freelance theatre guy, I’m not sure I have a typical day, but most weekdays I wake up sometime between 6:00 and 6:30. Or rather, I am awakened between 6:00 and 6:30 by a little 16 month-old hand slapping me in the face. I get dressed, eat breakfast, change diapers, and haul arse to the Hoikuen (day care) to drop off my son. Then, I might head off directly to rehearsal in Kawasaki, or I might go back home to get some work done.

Whether I’m at home or at rehearsal, I usually make my own lunches. I love eating out, but except during production week (that’s the week leading up to a show’s opening night) I can’t justify the cost to myself.

Unless I’m teaching an acting class, I then rush home after rehearsal to pick up my son and feed him dinner and start the bath. My wife gets home around 19:00 and starts cooking dinner, unless she’s in the mood for my awful cooking.

What do you blow money on?

In terms of “fun” expenses, it would probably be electronics and eating out, although I’ve cut back on those considerably since I left my regular office job and started doing YTG full time.

1. PLUG PLUG PLUG: See YTG shows for cheap or free.
This coming Saturday (October 4, 2014), YTG is presenting “Merchant of Venice”, performed in English by Cambridge University students as part of their 2014 tour of Japan. It’s an incredible show, and I’m doing my best to offer it at an incredible price.

Cheap: our tickets are priced quite low compared even to other small independent Japanese theatre groups. Our long-term goal is to be cheaper than movies, but we’re not there yet. There’s also a TOKYO CHEAPO DEAL which reduces the price even further. I’ll tell you about it at the end of the interview.

Free: we always need volunteer ushers. Show up 90 minutes before the show, help fold programmes and show people to their seats, and watch the show for free. Or simply contact us and work out another exchange of skills or goods. FACT: We need our season to break even, but I also think that theatre should be accessible to everyone.

2. Buy or borrow a decent road bicycle. This may apply more to Kanagawa where there are more hills. but having a good bicycle really increases your range. You’ll save oodles in train fare over a year, especially for shorter trips where taking a bicycle might even be faster. If you’re tall like me, you’ll probably need to buy one new, but if you’re 175cm or under or have short legs, you can probably find one second hand.

3. Freecycle. Yes, Tokyo Freecycle on Yahoo Groups is your friend. Because we have to pay to throw out large items here, you can save a lot of money if you can give that chest of drawers or old sofa to someone else. Not only that, but you can get stuff for free yourself. I needed a working electric piano keyboard for a show, asked for one on Freecycle, and was offered one before the end of the day.

4. (Because the first one was a shameless plug). Get an app on your smartphone like HandyMarket and before you buy anything in a chain electronics store, scan the bar code and check the price on Amazon Japan. 9 times out of 10, it’s significantly cheaper to order from Amazon, even factoring the 10% points most chain stores give you.

Do you have a website/social media account for people/stalkers who’d like to find out more about you?

What was that Tokyo Cheapo Deal you mentioned earlier?

Right, so go to the website to book your ticket ( YTG Website ), and choose the student ticket option. In the comment field, write “Tokyo Cheapo”. This will safe you 1000 yen off of the regular price.