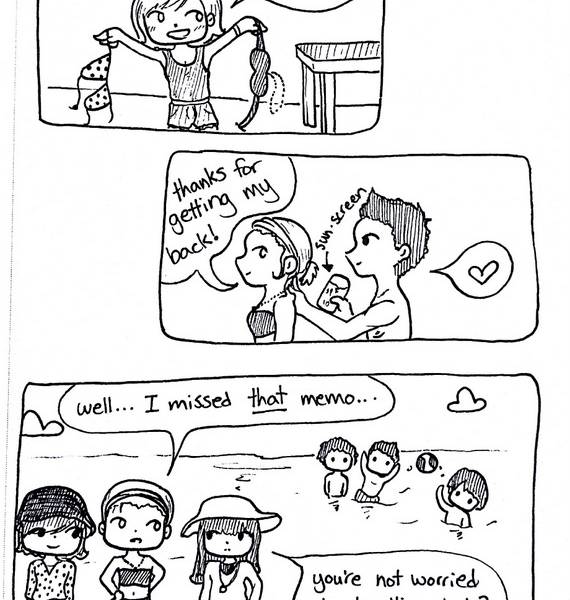 I have been in Tokyo for almost two years. I was born and raised in Texas (hence the name of my blog, “Texan in Tokyo”) and grew up in Ghana, Hokkaido, Philadelphia, and Texas. All that moving around makes my story complicated, so I usually just tell people “I’m from Texas!” and leave it at that.

What brought you to Japan/Tokyo?

It sounds lame, but I started dating this really sexy Japanese exchange student my sophomore year of college (spoiler alert, he’s my husband now). I spoke a bit of Japanese and was interested in the culture, so I ended up studying abroad in Tokyo for a year right after his study abroad finished.

He proposed at Tokyo Disneyland; I said yes. We got married in Texas and moved back to Tokyo together in January of 2014. 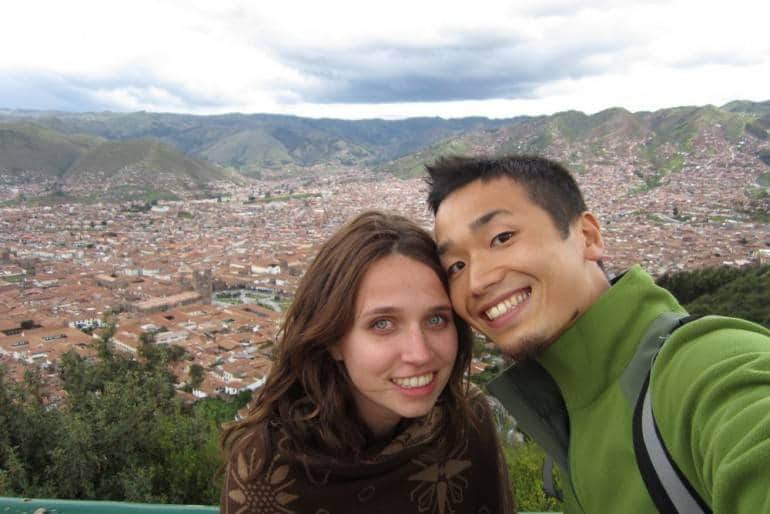 I am a freelancer in Tokyo, so I do a little bit of everything. Most of my income comes from freelance writing (for magazines and blogs about Tokyo – like Tokyo Cheapo!), but I also “freelance” in other fields, such as teaching English, consulting for start-up companies, being on TV, running my own blog Texan in Tokyo, and drawing comics.

Freelancing means I don’t have a typical day. Right now, I’m juggling all sorts of things, from a Kickstarter campaign to self-publish my autobiographical comic book My Japanese Husband Thinks I’m Crazy, to blogging, to appearing as a “talent” (foreign host) on Japanese television.

For the most part, I wake up every morning at 7am, eat breakfast with my husband, and “walk” him to the nearby train station so he can catch his train at 7:30am. I go back home, check email for an hour, blog a bit, email news sites begging them to cover my upcoming comic book (hey, it’s a really interesting comic book!), teach English in the afternoon, run a mile, do more email, watch funny videos on Youtube for a bit to de-stress, draw comics, and pick my husband up at the station around 7:30pm.

On days that I have filming, I am gone all day, checking emails in the car between locations. 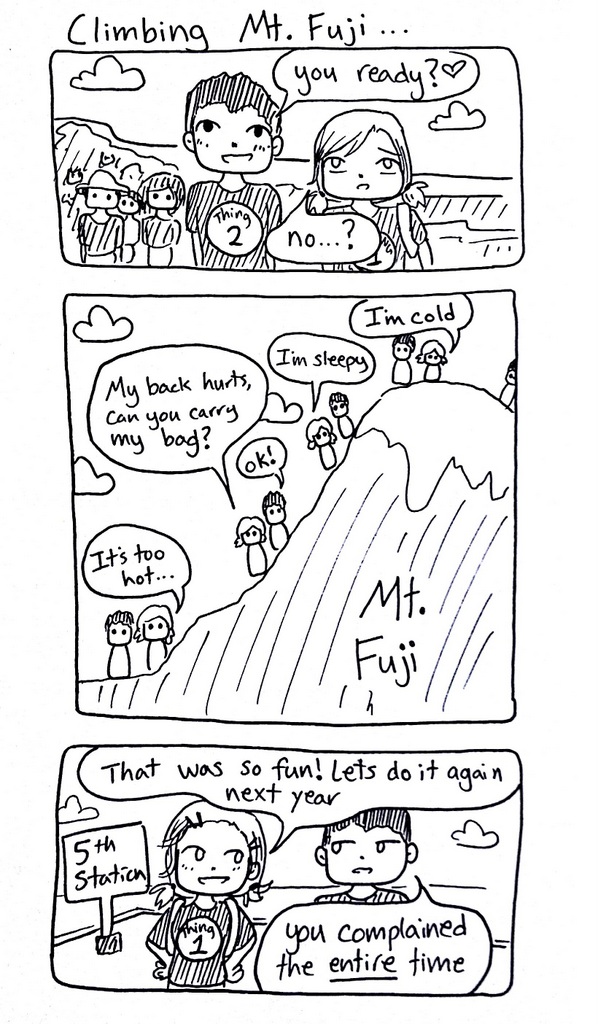 It’s difficult to stay motivated, working at home… but I’ve tried working in traditional Japanese companies and I was awful at it. So that constant fear of “If you don’t make enough freelancing this quarter, you will have to get a ‘real job’ at a traditional company” is enough to keep me going (most days).

I love that, as a Freelancer, I get to wear a lot of hats.

I love how convenient everything is. From convenience stores to train schedules being accurate down to the minute, I think living in Japan is very “easy.” I also love how safe this country is. Yes, as a white woman, I’ve had my run-ins with chikan (pervs) (and it makes me very angry), but I’ve never had to worry about taking a taxi alone, walking home alone at night, double-locking my windows, and meeting up with potential clients in a well-trafficked area (things I had to worry about in Texas, Philadelphia, and Ghana).

I hate chikan, of course, but more than that, I hate the stares. I dislike (and kind of resent) the fact that at any time, I am a representation of all Americans, of all white women, and of all Texans. I get frustrated answering the question “What do Americans think about [____]” and loathe it when people say to me “Oh, I didn’t realize white girls [____].” I feel like I’m always one “bad day” away from ruining someone’s image of all Texans/Americans/white girls/etc.

I love biking, so I’m able to save a bit by biking to work instead of taking a train (only on good days). Tokyo is such a huge city, so I have friends who technically live in Tokyo, but are an hour and a half away by train.

What do you blow out money on (i.e. what’s the fruit of all your cheapo savings)?

I’m one of those free-spirited artsy people – so I’m constantly on the lookout for new threads and art supplies. I try to do most of my shopping at thrift shops in Shimokitazawa or at the Mode Off chains, though. 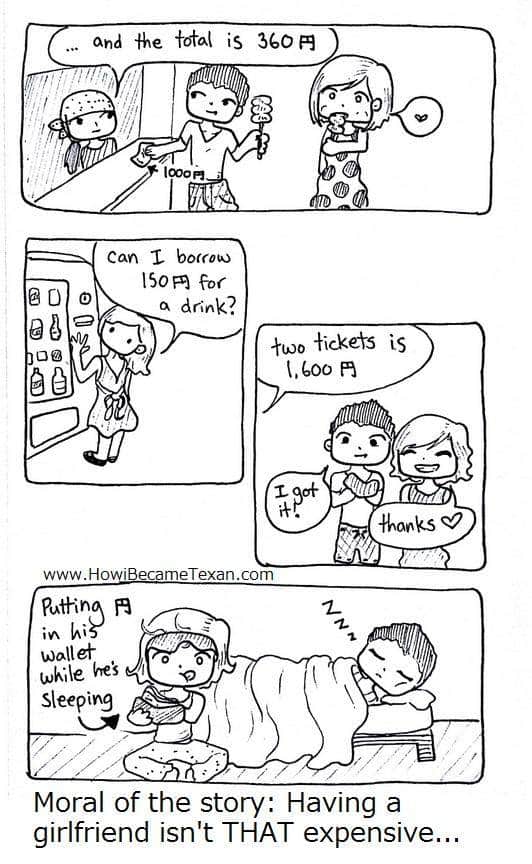 1. Home Parties are you best friend. Rather than searching for cheap restaurants and beer gardens in Tokyo, invest in a good cookbook and work your way through it. Both my husband and I enjoy cooking, so we have “home parties” once a week at our apartment. We invite friends and coworkers – we will provide the food if they either chip in for groceries or provide beer/alcohol (from an import store). It is much cheaper than going to an izakaya or doing nomihodai.

3. Invest in a good ice pillow/hot water bottle. Electricity bills can be freakishly expensive, so to cut down on costs, make sure you have a nice ice pillow (keep it in the freezer and break it out every evening before you go to bed) and hot water bottle (fill it up with boiling water, put it in a cover, and slip it at the foot of your bed) for the extreme seasons. It’s much cheaper than running the air conditioning/heater all night.

What’s the best bargain you ever found in Tokyo?

In the middle of summer, I found a really nice, vintage ‘goat leather’ jacket at the bottom of one of their 95% off bins. Regularly priced at 15,000, I paid like 1 000 yen for it. Two years later, it’s still one of the best purchases I ever made.

I run the blog “Texan in Tokyo,” where I draw comics and write about my daily life as the Texan wife of a Japanese salaryman. I talk about being in an interracial and intercultural relationship in Japan, about being broke newlyweds in one of the most expensive cities in the world, and about being a freelancer abroad.

And last but not least, tell us about your book!

I wrote a book, “My Japanese Husband Thinks I’m Crazy: The Comic Book!”

This book is the autobiographical misadventures of a native Texan freelancer (me) and her Japanese “salaryman” husband (Ryosuke): in comic book form. From earthquakes and crowded trains, to hilarious cultural faux pas, this comic explores the joys of living and working abroad, intercultural marriages, and trying to make a decent pot roast on Thanksgiving.

This book is autobiographical, full of true stories designed to entertain and educate the reader a little bit about Japanese culture. It is also a window into the life of a foreigner in Japan, of broke newlyweds navigating silly cultural misunderstandings as an interracial and intercultural couple, and of a American dealing with the loneliness and frustrations of being a freelancer in a foreign country. 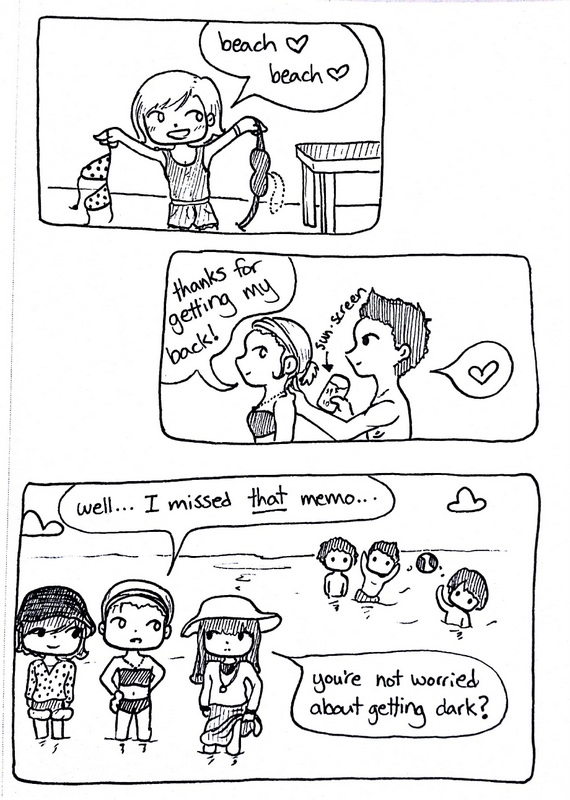 Written by: Grace Buchele Mineta
Filed under: Living
Tags:
Sharing
Questions or comments about this article?
Start a thread on our community forum
Ask our local experts about Tokyo