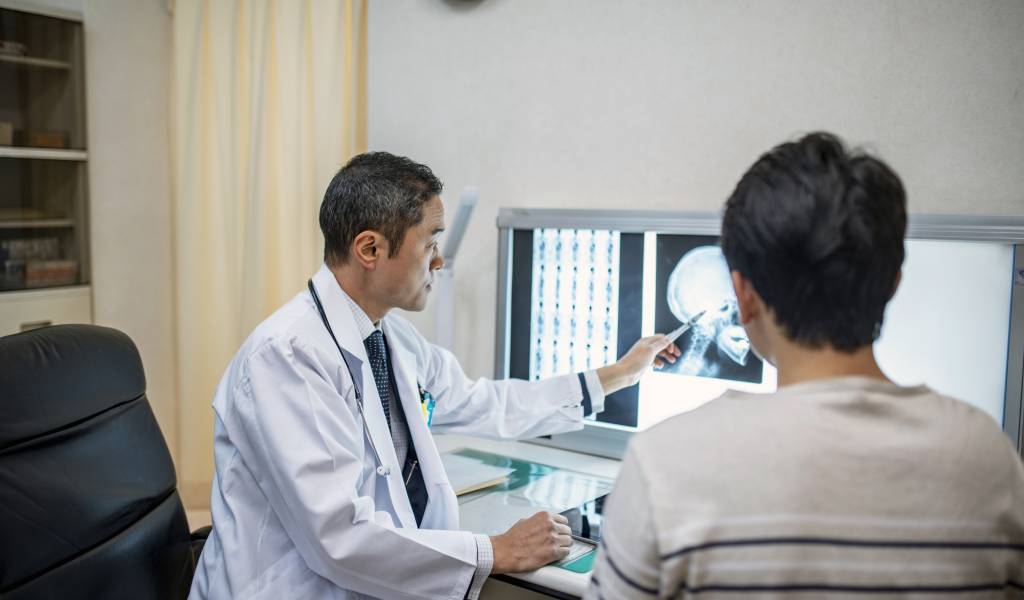 Though it may not be perfect, the healthcare system in Japan makes receiving medical care a relatively cheapo-friendly experience. This is great, but if you don’t speak Japanese, the experience can easily turn into one of frustration and confusion—not great when you feel like you’re going to pass out, or have a team of monkeys playing taiko drums in your head. In this article, we hope to make your next trip to the doctor a little easier by giving you some basic Japanese words and phrases (with audio) to help you get the medical attention you need.

Getting to a doctor

The first step towards seeing a doctor, or “oisha san”, is finding one. The most important word you need to know for this is “byōin”. This is normally translated as “hospital”, but it is actually quite a general term that refers to anything from large hospitals to small doctor’s clinics.  Use “byōin” with the phrases in our guide to asking for directions in Japanese, and you should find a doctor in no time.

Once at the hospital or clinic, you of course need to explain what the problem is. Here’s how to express some of the most common symptoms in Japanese.

All of these individual words can be combined with a verb to form a more complete description. The verb, however, varies depending on the type of symptom. Here’s how to describe each of these in full using the polite form of the appropriate verb:

I have a headache
zutsū ga arimasu

I have a fever
netsu ga arimasu

I have a cough
seki ga demasu

I am dizzy
memai ga shimasu

I have a cold
kaze ga arimasu

If any of these symptoms are really bad, a simple way to express this is to say the basic word for the symptom followed by “ga hidoi”. This essentially describes that symptom as being awful or horrible. Here are a couple of examples:

When a symptom involves pain, this can be described using the word “itai”, which effectively means “hurts”. “Itai” is also the instinctive word screamed by Japanese people when they injure themselves, much like the English word “ouch”.

To say that something hurts, simply say the body part followed by “ga itai”. You can add “desu” on the end if you want to be polite. Here are some examples:

My head hurts (or an alternative way of saying, “I have a headache”)
atama ga itai (desu)

When you don’t know the word for the body part you’re trying to describe, just point to the pain and say:

To describe the severity of the pain, the two most useful words to know are “totemo”, meaning “very/really”, and “chotto”, which means “a bit” or “a little”. Just place the appropriate word immediately before “itai”, like so:

There’s also the word “kanari”, which can be used to say “quite” or “quite a bit”:

My back hurts quite a bit
senaka ga kanari itai (desu)

And if you’re asked if a certain area of your body hurts (“itai desu ka?”), and it doesn’t, say this:

Describing when your pain or symptoms began

A good doctor will usually want to know when the symptoms began, or when the injury occurred. If you’re quick to get to the doctor, the following is all you need:

If it’s been longer, however, and you’re not well versed with expressions of time, a shortcut to describing any amount of time (within reason) is to say the number of days followed by “nichi mae”, meaning “days earlier”, like so:

Now, there are other words to describe time like weeks (shū) and months (kagetsu), and for smaller numbers especially, this isn’t the most natural expression, but it’s quick, easy and gets the message across, which is all that really matters when you’re feeling awful or in serious pain. If you want to master all the possible ways to describe time in Japanese, or anything else for that matter, be sure to check out my Japanese language text book.

So that about covers it!  There are, of course, many more symptoms and expressions not covered here, but hopefully this guide—together with your “kenkō hokenshō”, or health insurance card—will make your next visit to the doctor no more painful than it needs to be.

Written by: Richard Webb
Filed under: Living
Tags:
Sharing
Questions or comments about this article?
Start a thread on our community forum
Ask our local experts about Tokyo