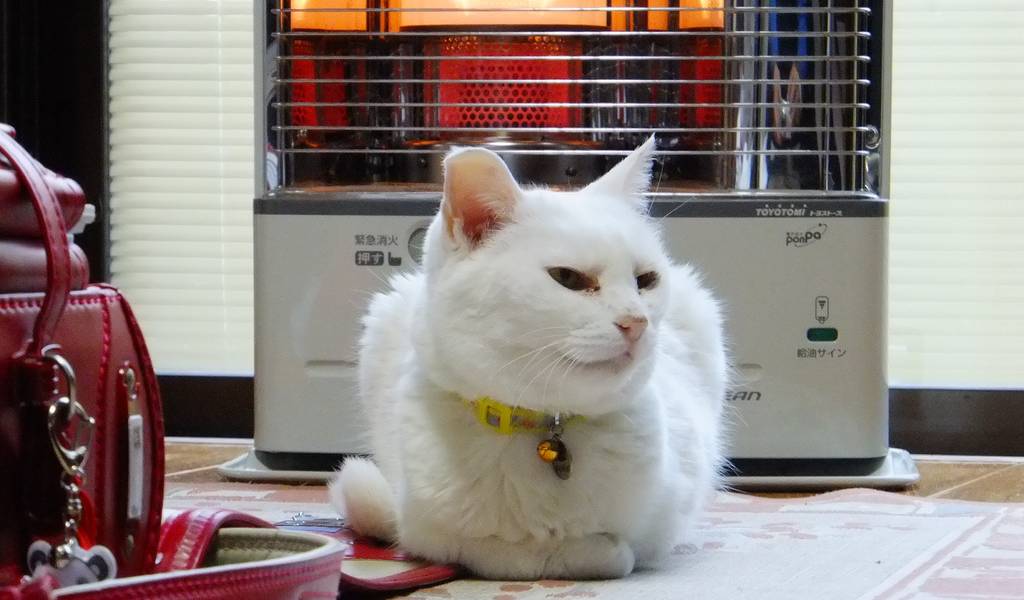 Keeping Toasty: Tips and Tricks for Surviving Winter in Japan

Hello, winter in Japan. We’re freezing, how about you? My house, like many Japanese houses and apartments, has crap insulation and no central heating. It’s cold up in here. If your place, like mine, gets frigid around this type of year, here are some ideas to keep you toasty. And if your place is nice and warm and you don’t need this article, hey—invite us over?

In response to your attempts to keep the blood moving and the extremities from turning blue, the winter electricity or gas bill can be double or even triple that of the rest of the year. In an attempt to lower that bill, think about investing in double-paned windows (a hard sell if you’re a renter, we know), window insulating film, or thick curtains to keep the indoor temperature from equalizing with the outdoor.

Even more cheapo DIY alternative: Slap some bubble wrap on your windows and sliding glass doors. It ain’t pretty, but it will trap some of the heat inside.

These tend to be cheaper than running air con units. The kerosene ones heat up quick and, as an added bonus in my neighborhood, I get to chase down the kerosene truck when he drives by my house playing his little lullaby—like an ice cream truck for gas. You can also check your secondhand shops for great deals on heaters—I picked up a De Longhi oil heater at 2nd Street for only 3,000 yen—a bargain at less than 10% of the cost of a new one. Cons include possible death from asphyxiation from the kerosene (always make sure you have proper ventilation, there are a few deaths in Japan per year from this), and dry air leading to dry, itchy skin.

Even more cheapo DIY alternative: Have you seen these heaters made from flower pots and tea lights?

About that dry air:

Keeping the air a bit humid will save you from parchment-like skin, buying extra lotion, and trips to the dermatologist. Also, dried-out mucous membranes are more susceptible to germs and make it easier to catch colds, meaning loss of work, trips to the doc, and sick-day supplies. So think about running a humidifier to combat that nasty harsh air; decent ones can be found rather cheaply (for less than a few thousand yen) at most department stores.

Even more cheapo DIY alternative: Place a pan of water on top of a radiator, or hang your laundry in the same room where the heater is going. You room will be humidified, and your clothes will keep from becoming pants-sicles when the temp drops below freezing.

These little packets of goodness contain a mysterious substance that heats up when you shake it. I like to think they have volcano lava inside. Sometimes called hokkairo, they usually last about 30 minutes, though the more tech ones can last hours and hours. You can get several packets for a few hundred yen and they can be found at any drugstore. You can also find more fancy and reusable versions, like these USB versions and ones you can put in the microwave. Or you could just wear gloves.

Even more cheapo DIY alternative: Bake up some sweet potatoes and put them in your pockets before going out; they’ll retain the heat for at least as long as a hokkairo, and as an added bonus, you can eat them for a snack when you get hungry.

This may seem like a delightfully retro idea, but hot water bottles are still a thing in Japan. Popping one in the foot of the futon a bit before going to sleep can make your icicle bed so much more bearable. Can be found at many department and home stores.

Even more cheapo DIY alternative: Fill up a thermos or glass flask you have laying around the house—but make sure that the cap fastens tightly! Otherwise you may wake up to soaked sheets, colder than before.

These hot tables with cozy covers are a Japanese favorite and a good excuse to snuggle up to your (ahem) friends. Sitting or even sleeping under the kotatsu while watching movies or eating snacks is a favorite winter activity. Kotatsu can be found at many department stores, home stores, and electronics shops. They can be expensive, but don’t have to be: this one is under 7,000 yen (table only).

Even more cheapo DIY alternative: We can’t in good conscience advise you to put a heater under a blanket or build a fire in your living room sans fireplace. We don’t want you to die—then who would read this site? But secondhand kotatsu can be picked up for a song at recycle shops and places like Yahoo Auction; I got mine there for less than 2,000 yen.

It’s just common sense to put on an extra sweater, but Japan has lots of (body part)-warmers that are not common elsewhere, like bottom warmers (usually called “attakai bottomuzu”), neck warmers, and stomach warmers, or haramaki. Haramaki used to be the realm of grannies but experienced a revival a few years ago and are now commonly found in shops, usually near the underwear.

Even more cheapo DIY alternative: We like to cut the feet off of socks that are too holey to mend any longer and make these oh-so-fashionable arm warmers. Patent pending.

Share your favorite tips for keeping warm in the comments!

Written by: Selena Hoy
Filed under: Household | Living
Tags:
Sharing
Questions or comments about this article?
Start a thread on our community forum
Ask our local experts about Tokyo