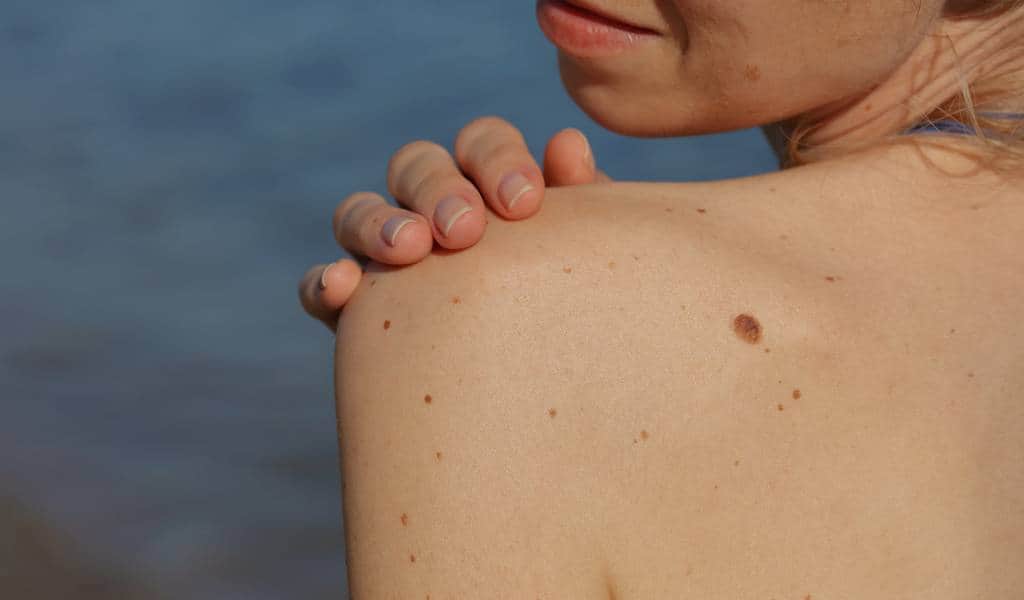 Quick Guide to Getting Moles Removed in Tokyo

It may not be the most glamorous of topics, but mole removal in Tokyo is something that many expats ask about—particularly as they get older. If you’re looking to get rid of some nevi (the medical term for moles), this guide might come in handy.

We’re by no means medical experts, but we’ve had enough orbits around the sun to know that sometimes you just want someone to weigh in on the mundane, everyday-life stuff, like getting rid of odd lumps and bumps on the body.

Mole removal in Tokyo: Where to go, and what to expect

Let’s proceed from the assumption that you have a mole or three you’d like removed—perhaps they’re large and catching on your clothing, you find them unsightly, or you’re worried about what they might become.

Your first port of call is a dermatologist, or skin clinic (the medical kind), called “hifuka” or 皮膚科 in Japanese. A quick search on your phone’s map app will show you the dermatologists in your area, and you can head on over to whichever takes your fancy. You can also find English-speaking dermatologists in our list below.

At the clinic, you’ll need to show the dermatologist the moles (you can use the term “hokuro” to talk about them) that are bothering you, and clearly say that you’d like to have them removed. To do this, you could point at the moles and say: “kore o totte moraitai desu ga”.

Pro tip: Read up on visiting the doctor in Japan.

After doing a basic check, the dermatologist should be able to write you a referral letter for a hospital, which is most likely where you’ll be having the mole(s) surgically removed. The procedure is generally covered by Japanese health insurance, but you’re limited to three moles at a time.

Tiny or unproblematic moles may not warrant surgical removal; in this case, the dermatologist may suggest you head over to a cosmetic dermatologist instead. Laser treatment may be an option for some.

The department you’ll be heading to at the hospital is Plastic Surgery (“keisei geka” or 形成外科), and you’ll without doubt need to make an appointment in advance. At your first appointment, you can expect the doctor to look at your moles, and to arrange the surgery date.

Though mole removal is generally minor surgery, done using local anesthetic, with you fully conscious the whole time, it’s still quite a process to get it booked—and it’s not cheap, either.

When one of our writers had three moles removed in Tokyo (on their back and an arm), the surgery cost upwards of ¥25,000—and that was with Japanese health insurance covering the bulk of the fees.

Our writer said that overall they found the mole removal experience smooth and professional, but it was by no means a quick thing. The surgery itself (which took place with Michael Jackson’s Thriller playing in the background) was uncomplicated and only took about 90 minutes, but they had four follow-up appointments, including one for stitch removal, and were forbidden from exercising for a full month while their wounds healed. They were also prescribed a course of antibiotics, standard for any kind of slicing and dicing.

If you’re considering surgical mole removal in Tokyo, it’s a good idea to take all of this into account. You might also want to take the surgery day off work, as the stress and anesthetic and so on can make some people feel woozy.

Preventative mole mapping and full-body skin-cancer checks are not as common or as easy to arrange in Japan as they are in many other parts of the world, like Australia, North America and South Africa. If you want to have a general skin-cancer check done in Tokyo, these are your main options:

Where to go for a skin cancer check in Tokyo

While we have not been to any of these dermatology clinics ourselves (yet), here are some of the options we unearthed while doing research on skin-cancer checks in Tokyo.

As far as we can tell, there are English-speaking doctors on the staff.

Warts, skin tags and other lumps and bumps

If you need to treat a wart, called ibo in Japanese, your local dermatologist should be able to help. They will most likely “freeze” it off with liquid nitrogen; this seems to be the first line of treatment in Japan.

If it’s a particularly persistent wart (a “shitsukoi” wart) on the bottom of the foot, in addition to repeat liquid-nitrogen treatments, they might give you some special tape called スピール (Spiru), which softens the skin and may encourage the wart to leave. You can buy this tape over the counter on your own, too, from drug stores.

If you have skin tags or seborrhic keratosis (those scaly little growths that come with aging, sometimes referred to as barnacles), your dermatologist should be able to burn/freeze them off for you. However, they may only treat one or two at a time, so expect to go back again and again. You might also be able to have them removed at a laser skin clinic—for that, see below.

Regular blemishes and freckles (“shimi”), i.e. ones that aren’t raised or suspicious, can generally be removed at laser skin-treatment clinics (esthetic salons and cosmetic dermatologists). You can expect to pay for a fixed number of spots/freckles in one go, e.g. ¥25,000 for 10. Prices can vary widely, and health insurance is usually not accepted.

A word of warning: You can find laser skin-care clinics around big train stations and shopping areas—they’re not in short supply. However, it’s best to ask your dermatologist for a recommendation before rolling into the nearest joint for a zapping session. They aren’t all equal, and you want to make sure you’re getting maximum quality, with minimum scarring.

While we do our best to ensure it’s correct, information is subject to change. This post is not intended as medical advice, and we did not receive any sponsorship for publishing it. Always consult a qualified medical practitioner if you have any health concerns.