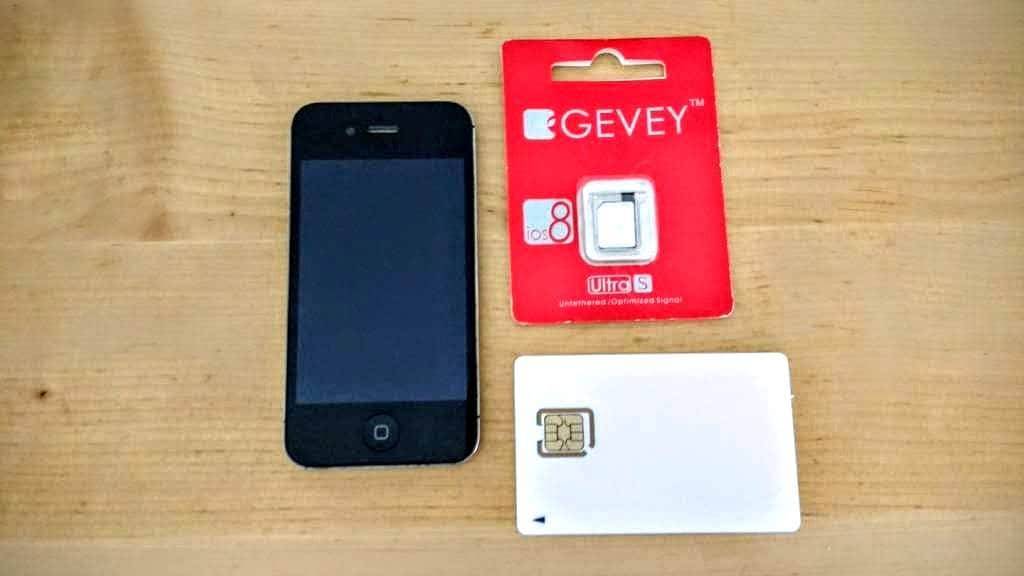 April 15th, 2017 | Greg Lane
Sharing
BIG DISCLAIMER! Try this at your own risk. We don’t guarantee that any of this will work for you and we’re not responsible if it ends up costing you money.

Until May 2015, if you got an iPhone from au, DoCoMo or Softbank in Japan, the phone was locked to the carrier. Try as you might, with “jailbreaking” or other software-based unlocking techniques, it was impossible to use a SIM from another provider in your iPhone. These days, it’s possible to get your iPhone (and many other phones/devices) unlocked by your carrier, but generally only those that were bought after May 2015, and only if they are newer models. The process can be quite bureaucratic, too.

Luckily, with a little bit of hackery that virtually anyone can do, you can unlock your old handsets yourself.

Why would you want to do this?

Because it’s so much cheaper and less restrictive, and if you’ve got an old off-contract iPhone lying around, why not re-purpose it for the kids or a visiting relative? Check our guide to cheap Japanese SIMs to see what it will cost you. Most of the contracts listed in that article are 12 months, some are 6, and for a few, you can cancel whenever you want. Better still, unlike the mega-big carriers, they don’t automatically renew and then charge you 10,000 yen or more to cancel your contract. Personal note—Y-Mobile and au, I hate you both for charging me 10,000-yen cancellation fees for contracts that had automatically renewed.

Considerations before you begin

If your phone is currently under contract, the first port of call is your local au/SoftBank/DoCoMo store to find out how much time you have left on your contract and when you can cancel it (and at what cost). Big carrier contracts are typically 24 months long with a one-to-two-month window at the end during which you can cancel it without charge. If you miss the window, your contract will be automatically renewed for another 24 months, and you’ll incur big charges to cancel it. Amazingly, these are waived when you buy an expensive new phone—but that’s just their way of keeping you in their mobile prison.

2. Find out if your iPhone is actually carrier-locked

The Japanese Government decided to crack down on the anti-competitive practice of phone-locking with a new law enacted in May 2015. This hasn’t stopped the big carriers selling carrier-locked handsets, but the difference is, if you ask them to unlock your phone, they must comply. Sadly, as we mentioned above, this doesn’t apply to phones sold before the law came into effect.

3. Make sure your phone is compatible with the MVNO SIMs

My personal experience is with an iPhone 4S. It will almost certainly work for later models, but it may not work for older iPhone 3GS handsets. If you’re not sure, I’d suggest going down to BIC Camera and asking them if you can use an MVNO SIM in your old handset. Don’t tell them it’s carrier-locked though—tell them you brought it with you from overseas land. If you mention “carrier locked” they will refuse to reason with you.

So tell me how to unlock my iPhone already!

The technique is very simple, but a little bit finicky. To unlock your phone, you need a “Turbo SIM”, which is a tiny, wafer-thin, SIM-sized printed circuit that goes over the top of the chip on your new MVNO SIM. For unlocking my off-contract au iPhone 4S, I used a Gevey Turbo SIM that I got from Amazon for 710 yen. This is specifically for an iPhone 4—if you have an iPhone 5 or later, you’ll need a Nano SIM chip. The product advertised on Amazon says for “iOS 6”. The package I received said “iOS 8”. My phone had iOS 9 installed, but it still worked. On our last check (December 2018) the Gevey SIMs are no longer available. Although we can’t vouch for its quality or efficacy, this SIM unlocker from R-SIM seems to do a similar job.

Unfortunately, the process is not well documented; a link in the Gevey SIM packaging leads to a dead link—which is never encouraging! The following steps worked for me, but I had to try them multiple times before seeing success, so be patient and be prepared to try different combinations or the same thing over and over a few times.

Look for that funny little key you get with your iPhone to pop out the SIM drawer (a paperclip or the back of an earring works just as well). Pop the drawer out and remove the big carrier SIM and put to one side—you won’t need the little drawer either. You don’t need to switch your phone off and you should make sure you have plenty of battery left.

The Turbo SIM comes with:
i) Its own drawer that is slightly different to the one on your phone
ii) The Turbo SIM—be careful with this. It’s thin and you can break/tear it easily.
iii) Something that looks like a phone SIM but isn’t—a fake SIM

Place the Turbo SIM in the drawer and put the fake SIM provided on top of it. Both of them can be inserted only one way, so it’s impossible to make a mistake. Make sure they both fit in the drawer snugly with no gaps.

Insert the drawer from Step 2 into your iPhone. Something that looks like an app will pop up on screen asking you to select your provider—this is the carrier to which your phone is currently locked. Scroll down to select au, Softbank or DoCoMo. Then tap “Accept” on the next screen.

Step 4: Remove the fake SIM and put in your new SIM

Pop the drawer out again using your little key, remove the fake SIM, but leave the wafer-thin Turbo SIM in place. Put your new MVNO SIM on top of the Turbo SIM. Once again, make sure they are nice and snug and then insert them into your iPhone. The same screen asking if you would like to unlock your phone will come up—tap “Accept”. You’re now done with the basic set-up.

APN stands for “Access Point Name”—it’s what your phone uses to access the internet. For some reason, the Turbo SIM changes these to a carrier in Hong Kong. You should change these so they match the settings you got from your MVNO provider. In the photo below, you’ll see I changed them to those for my IIJmio SIM.

For some reason, the phone thinks it is overseas even though you are in Japan with a Japanese SIM—so you need to switch on data roaming. Since I’m using Japanese data with a Japanese provider in Japan, I’m assuming this won’t be charged at international data roaming rates. I’ll update the article when I’ve confirmed my first bill!

For the iPhone 4S handset in particular, the BIG carriers further restricted functionality by disallowing its use as a mobile hotspot. With an MVNO SIM, this can be enabled easily—so you can tether it with your laptop or other devices.

Just because this worked for me (and plenty of other people), doesn’t mean it will work for you. If you sign up for an MVNO SIM and then find out you can’t use it on your old iPhone, well that’s just a risk you’ll have to take. The Turbo SIMs are super cheap, so if you’re not sure, just buy one and try it with a friend’s SIM.