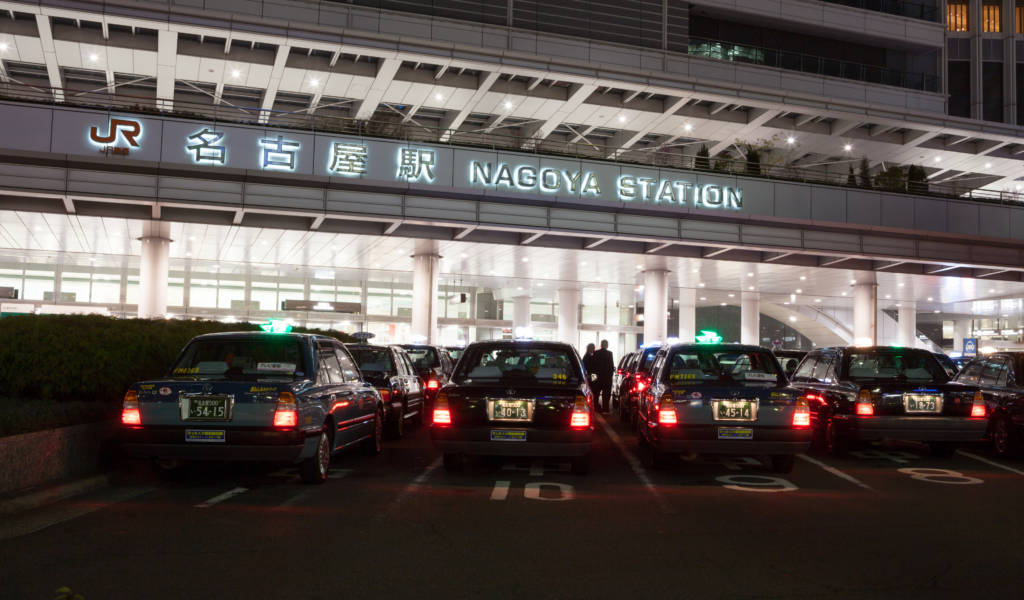 Tokyo to Nagoya: The Fastest and Cheapest Ways of Getting There

The city of Nagoya is about 340km west of Tokyo, roughly three quarters of the way to Kyoto. It’s the fourth most populous urban area in Japan, and the bustling capital of Aichi Prefecture. Here’s how to get from Tokyo to Nagoya and back—and why you should visit.

Nagoya has a reputation for being a rather industrial—and dull—place. It gets a ton of business traffic (Toyota and a bunch of other automative giants have their HQs there), but most tourists pass it over in favor of more well-known sightseeing spots. That’s a bit unfair, really, as Nagoya actually has a lot to offer (not least of which is their castle and miso-katsu), and it’s also a gateway to the Kansai region.

Pro tip: See 11 awesome things you can do in Aichi Prefecture.

If you’re going to be making any other domestic trips while you’re visiting Japan, buying a Japan Rail Pass is highly recommended, as it gives you virtually unlimited bullet train rides for 7 or 14 days. If you’re traveling from Tokyo to Nagoya, and then down to Kyoto or Hiroshima, for example, the pass more than pays for itself.

However, if you’re planning just a jaunt to Nagoya, a one-way Shinkansen ticket may prove a better bet. But perhaps you’d rather take a budget-friendly bus? Below, you’ll find a comprehensive breakdown of your travel options between Tokyo and Nagoya.

How long does it take to get from Tokyo to Nagoya on the Shinkansen?

Getting from Tokyo to Nagoya is quick via the Shinkansen—it depends which train you take, but is typically a 100-to-120-minute ride. The fastest bullet train, the Nozomi, will get you there in 1 hour 40 minutes, while the next-best model, the Hikari, will have you at Nagoya Station in just over two hours (sometimes less). Note that if you’re traveling on a Japan Rail Pass, you’ll be restricted to the Hikari and slower bullet trains.

The very slowest Shinkansen is the Kodama—an older model that takes just short of three hours to make the trip from Tokyo to Nagoya. There are discount tickets (see below) that can make the Kodama an affordable option, but if you’re not using one of those, rather opt for the Hikari or Nozomi as they’re much more efficient. Multiple bullet trains run the route every hour, so there’s no shortage of speedy transport on this route.

Note: You can catch the bullet train for Nagoya from Tokyo Station, Shinagawa Station, or Shin-Yokohama Station.

How much does a Shinkansen ticket from Tokyo to Nagoya cost?

In peak season (i.e. spring and summer holidays, Golden Week and the New Year period), a regular one-way ticket costs about ¥11,300. It’s a couple of hundred yen cheaper off peak.

To save some money (about ¥700), you can opt for unreserved seating (jiyuuseki), but there is a risk that you’ll have to stand the whole way—especially during peak season. If you are traveling with small children, have a lot of luggage or just don’t like being on your feet for that long, it’s recommended that you book a reserved seat (shiteiseki) rather. You can reserve seats in advance at the station or online (on the JR website).

Are there any discount options for bullet trains from Tokyo to Nagoya?

Cheapos can reduce the cost of a Shinkansen ride by taking advantage of a Japan Rail Pass (if you’re a short-term visitor). A 7-day JR Pass will set you back the modest-for-what-you-get price of ¥29,110, not a lot more than a return ticket.

Another option is the Puratto (Platt) Kodama Economy Plan, if you’re in no big rush to get to Nagoya. This gets you a one-way ticket on the sluggish Kodama for between ¥8,600 and ¥9,700, depending on the time of year and you get a drink voucher. Keep in mind that you have to buy a Platt Kodama ticket at least one day in advance, and numbers are limited. Look up JR Tokai Tours for more information.

Can I take oversized luggage on the bullet train?

If you really like trains and are in Japan during Seishun 18 ticket season, you could take a very slow meander Nagoya-wards using nothing but normal JR trains (and a great deal of patience). Roughly around the time university holidays happen in summer, winter and spring, the ultimate cheapo pass comes on sale, allowing five consecutive (or non-consecutive days) of unlimited travel on local and rapid JR trains (nothing faster) for ¥12,050. You can split one pass five ways, giving a group of five people one full day of travel each for just ¥2,410.

Some brave souls use it to travel halfway across the country; routes tend to be long and complicated, however, so you’ll need to plan your journey carefully on Hyperdia (deselect everything but Japan Railways and local) before boarding any trains! When we last checked, using the Seishun 18 ticket to get from Tokyo to Nagoya looked like it would take approximately six hours and, surprisingly, just three transfers. Without a Seishun 18 ticket, the cost is roughly ¥6,380 one way.

It’s possible to fly from Tokyo to Nagoya (Chubu Centrair International Airport) on one of Japan’s domestic carriers—flights leave from both Haneda and Narita and take just 70 minutes runway to runway.

Once you factor in the cost and hassle of airport transfers, it often works out to be a bit of a bum deal compared to taking the Shinkansen. Flying to Nagoya makes more sense if you’re traveling from Sapporo or somewhere else far flung.

A very cheap way of getting from Tokyo to Nagoya is taking a highway bus—one-way tickets go for as little as ¥2,000. The downside is that the trip takes a good 6-8 hours, which is a lot of sitting time for those with long legs or little children. The bulk of buses leave Tokyo late at night, reaching Nagoya around dawn, meaning you can save on hotel and minimise time wastage if you’re looking to make the most of a trip. However, it’s possible to book daytime buses too. Check out Kosoku Bus and Willer Express to see what’s available from Tokyo to Nagoya on your travel dates. Note that some bus sites list Nagoya as “Aichi (Nagoya)”. Keep in mind that while they have super cheap options, they can also get weirdly expensive, to the point that it’s more than a bullet train, so do compare.

Summary of options from Tokyo to Nagoya

The fastest, easiest and most convenient option is the Shinkansen, particularly if you have a Japan Rail Pass or are in a rush. However, the cheapest option is a highway bus, followed by local trains—but these are more time-consuming (and sometimes uncomfortable) ways of traveling between the two cities.

If you’re happy paying highway tolls, you could also rent a car and drive from Tokyo to Nagoya. Unless you’re traveling in a group, though, it doesn’t work out to be super economical. Trains and buses are more convenient.

While we do our best to ensure it’s correct, information is subject to change. This post was first published in 2017. Last updated in May, 2022.