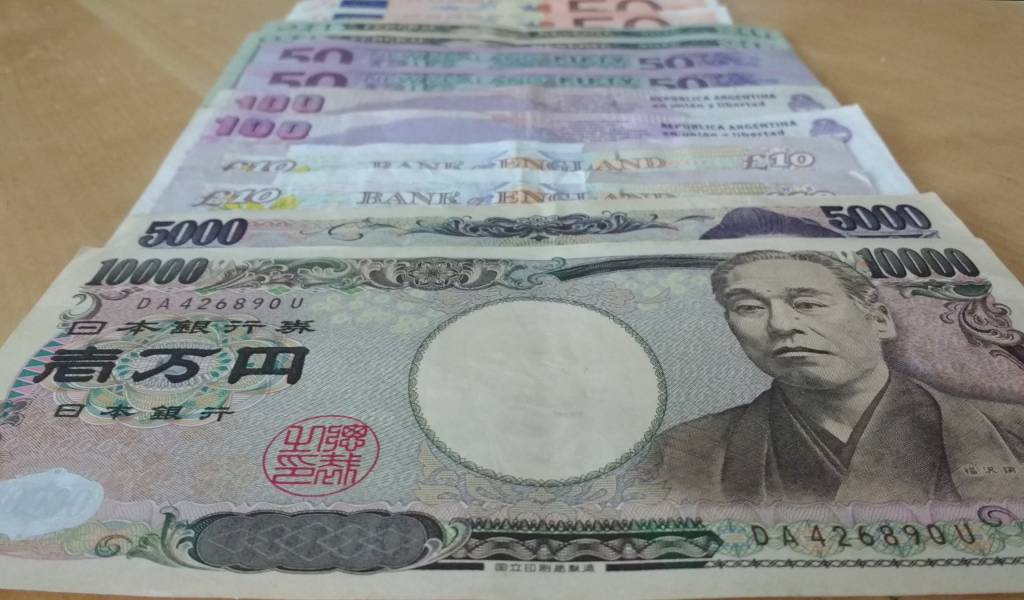 Cheapest Way to Transfer Your Money Out of Japan

If you’ve been working in Japan for a while and following all the money-saving advice on this site, by now you’ve probably built up a pile of cash. While you could spend your stash on a gold-laced cocktail at the Mandarin Oriental, you might want to consider sending it home, or to a country that doesn’t have negative interest rates. So what are your options to send money from Japan?

tl;dr: Likely the cheapest and easiest method for transferring your yen out of Japan is Wise.

Japan is renowned for its stable banking system, but that’s because the banks haven’t changed the way they do business in 20 years. A simple international transfer at legacy banks like SMBC, MUFG or Mizuho will typically involve you filling out an overly detailed form at the branch, getting charged up to 4,000 yen just for the transfer, and then getting shafted with horrible exchange rates. Unless you’re set on being a martyr to the Japanese banking system, our advice is to avoid this option.

have been around globally since 2011 (they recently changed their name from TransferWise to Wise). They allow you to transfer your funds to a local bank account before they get whisked overseas. The main benefit of Wise is they don’t make money on the exchange rate, and they try to make the whole procedure as fast, smooth and painless as possible.

The cost structure is this: You pay a fixed fee, plus a percentage of the total amount. What you pay depends on which currencies you’re using, but it’s very reasonable for most of the major ones. The exchange rates (when we checked) were almost identical to those on exchange rate reference site xe.com, which lists mid-market rates.

How to use Wise (TransferWise)

To transfer, you go to their site and put in the amount that you want to send (in either the source or target currency), then you enter your details. You’ll be asked to upload photos of either your “My Number” notification (that’s the plain piece of paper) or your My Number photo ID. If you have the photo ID, that’s all you need to upload; if not, you’ll need to upload a scan or pic of some other photo ID, such as a Japanese driver’s license or a foreign resident’s card.

Once you’ve uploaded your docs, you’ll get a confirmation screen with the details of your transaction. After you agree to this, you’ll get information of a local account at Mitsubishi Tokyo UFJ to transfer the total amount to. You can go ahead and make the transfer. (Note that if you’ve signed up for a new account, the transaction won’t go through until your documents have been checked off.) You can download the app for easy transactions going forward.

Note: Following the above steps should allow you to make a transfer of up to 100,000 JPY. However, in line with revised Japanese banking regulations, you will need to sign for the delivery of a letter with a special code, before you can send higher amounts, or make a second transfer.

How long does TransferWise take?

Wise (TransferWise) gives you an estimate of when the money will arrive in the destination bank account—approximately 2-4 days, usually. But with our test transfers, which included accounts in the UK, New Zealand and South Africa, the funds have arrived in just 1-2 days, and often on the same day.

How much does TransferWise cost?

The following was calculated using the transfer calculator on the Wise site on August 4, 2021. For the sake of comparison, we chose a transfer to USD.

*We deducted the fee from the starting amount for this and all calculations below.

GoRemit is the crusty incumbent to TransferWise’s feisty challenger (GoRemit has been at this for more than 15 years—they were formerly GoLloyds). The process is basically the same, but the fee structure is slightly different. While the exchange rates are more or less the same, the handling fee is a flat 2,000 yen, and there may be an additional charge of at least 1,500 yen for any remittances done in Japanese yen. We haven’t deducted the extra 1,500 yen below—but keep it in mind.

GoRemit sign-up is a bit of a process—you can use the app to do it, but need to sign for key documents in the mail afterwards. Registering a beneficiary can take several weeks, and your transfer limit is pre-determined by GoRemit—it seems to be a case-by-case decision for each user. You might need to use a combination of the app and online banking to complete a remittance.

How much does GoRemit cost?

Seven Bank offers a service in conjunction with Western Union. While you could just use Western Union without using Seven Bank, the integration with the bank account makes things a bit smoother. The fee you pay increases with the amount you send. You need to register for their International Money Transfer Service in advance—you can get the process started online, but all of the usual paper-based document checks (including My Number) apply.

How much does Seven Bank cost?

The go-to for many people, Western Union is a reliable—if sometimes cumbersome—way of sending money from Japan. You can set up the transfer online or via their app, or do it in person at one of their branches—there are almost 90 listed for Tokyo. Western Union supports transfers to over 200 countries.

How much does Western Union in Japan cost?

For cash pick-ups, there is a base fee of 390 yen. These are what we simulated below, using bank-account-to-cash transfers. Note that bank-to-bank transfers may be fee-free, or cheaper. Also note that Japan-US transfers, as well as many other transfers, appear to be capped at 100,000 JPY if you are transferring from a bank account, or 1 million yen if you are paying in cash. One final note—cash-to-cash transfers appear to be faster, though pricier.

The options we’ve included here are not the only ways of sending money from Japan to another country—there are a number of alternatives. For transfers to certain countries, such as Bangladesh, Malaysia, Vietnam, Nepal or the Philippines, Japan Remit Finance (JRF), SBI Remit, Brastel or Japan Money Express might be more familiar names. It’s worth investigating a range of cash transfer services to determine which will give you the most competitive rates.

Due to difficulties confirming transfer rates and fees, we have excluded PayPal from the ranking above. PayPal is by far the most opaque of the money-sending services; depending on the currency pair, there may be a conversion charge of between 0.5% and 4%. However, it’s not terrible for sending money from Japan to an account overseas.

A couple of points to consider are that while easy to use once it’s set up, getting money into your PayPal account from your bank can take a little while. Also, there may be restrictions on the receiving end. Depending on the country, the recipient may not be able to receive the cash you are sending. Apparently, measures like these are to stop money laundering and terrorism. As you may have noticed, both of these activities are flourishing, so I guess they got that one wrong.

Once you’ve set up on paypal, the curreny transfer itself is instant, however you need to consider the time it will take to deposit and withdraw or spend the paypal funds. This varies per each country’s banking regulations and whether you’re withdrawing to a card or bank account. For example even though the UK has the Faster Payments Service (which is effectively instant) paypal still typically takes 1 business day for bank account withdrawls.

If you’re already speculating or investing in stocks and financial markets you might find your brokerage will support connecting bank accounts from more than one country and in multiple currencies. So this will allow you to send money from your Japanese account to the brokerage in yen, exchange to another currency and then transfer out to your bank account in the destination country. The forex exhcange rates on brokerage accounts can be very competitive and usually allow for more sophisticated transfers which can also help improve the rate you get (for example setting a stop and/or limit order to exchange only if a certain exchange rate is reached or held). However if you’re not already or at least intereted seting up with a suitable international brokerage, then this is probably too complex an option to consider. See our article on opening a brokerage account in Japan for more on this topic.

Our recommendations for sending money from Japan

For small amounts and even amounts into the hundreds of thousands of yen, Wise (TransferWise) generally appears to be the best-value option (you can transfer up to 1 million yen in a single transaction, once your paperwork has been approved).

Western Union is also worth checking, despite the limitation on transfer amounts. For amounts over 200,000 yen, GoRemit might start to make more sense than TransferWise. PayPal is also relatively good for small amounts of money, even though the exchange rate is often fairly poor.

For large transfers of yen outside Japan, GoRemit or, provided you are not a long-term resident of Japan, possibly OFX are generally the best options, as their usage charges do not vary.

Wise, Western Union and Seven Bank win out in terms of the number of currencies available. GoRemit is limited to 11 foreign currencies: USD, CAD, GBP, EUR, AUD, NZD, CHF, HKD, SGD, SEK and INR. Last we checked, PayPal could handle up to 23 currencies (with some conditions attached).

Wise (TransferWise) is probably the best when it comes to ease of set-up and use. Once set up, they are all relatively easy to use, though.

Pro tip: Looking to transfer money in Hong Kong? See our guide to moving money out of Hong Kong.

All the figures and information in this article are indicative and we do not endorse any of them. Use all financial services at your own risk. Additionally, this article contains affiliate links. These in no way affect our findings and should not be considered an endorsement.