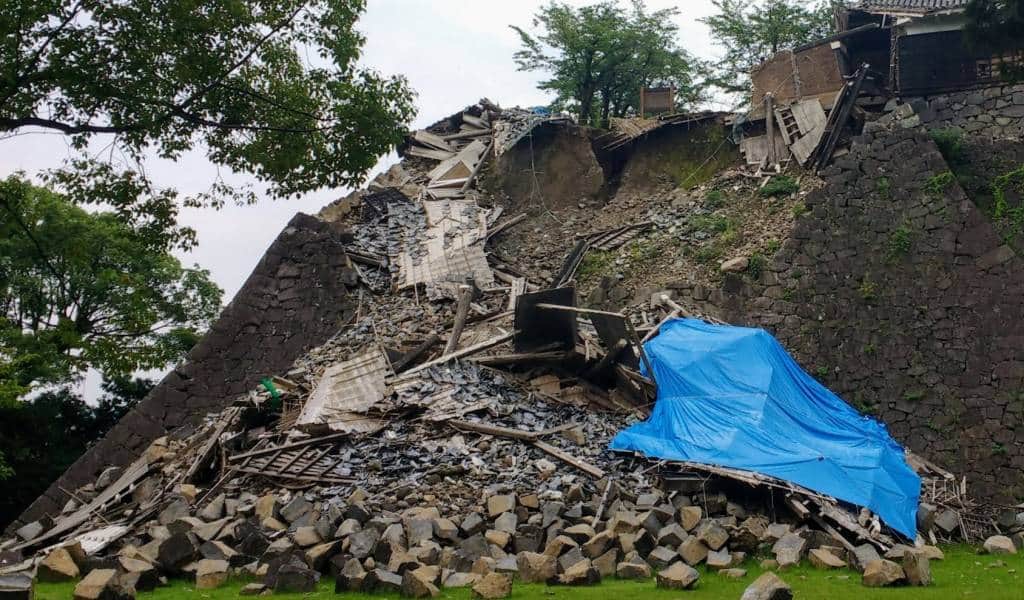 A Guide to Safe Travel in Japan

Japan is known throughout the world as a safe travel destination. The level of safety can vary widely depending on how you look at it. Often, when people say “safety”, they are referring to crime. However, crime is just a small piece of the overall safety puzzle.

So what are the risks? Besides crime, there are natural disasters, disease, accidents, the criminal justice system, wild animals and radiation from the Fukushima Daiichi nuclear accident. The risk of any of those affecting you is quite low, but may be different to what you’re used to and might be more significant when totalled together.

Rule number one is to be prepared. Good travel insurance is a bargain compared to the alternatives.

Japan sits on the intersection of three tectonic plates, which means lots of earthquakes. Most earthquakes—even when they shake you awake or make the lights sway from side to side—are not a problem. Japan is so used to earthquakes that if you are near Japanese people, some might not even look up from their phones when the ground starts to shake. However, every now and then there is a big one—like the magnitude 9 monster that struck off the coast of northern Honshu in March, 2011.

In the case of really big earthquakes, the best advice depends on where you are at the time. If you are inside, take shelter under solid furniture. Japanese buildings are designed for big earthquakes so they are very unlikely to collapse. You are more likely to be injured by falling ceiling panels or unsecured pieces of furniture.

If you are outside in a built up area, you are more at risk than being inside. Potential hazards are falling glass, broken masonry, falling live wires or transmission poles, and unreinforced block walls or retaining walls.

If you are near the coast or a coastal river and you feel strong shaking, don’t wait for the tsunami evacuation alert, you should head to high ground immediately.

Another hazard related to earthquakes is landslides. The Kumamoto Earthquake of 2016 caused a major landslide that destroyed the main bridge linking Kumamoto to Oita in the east. Landslides are a bigger hazard in the countryside, in mountainous areas and after heavy rain.

For much more detail, see our comprehensive guide on what to do in an earthquake.

Tropical storms and typhoons are a problem from about April to November each year, but are particularly prevalent in late summer and early fall.

In 2019, Japan saw two major typhoons that caused considerable destruction and disruption. Typhoon Faxi in September had strong winds that toppled trees, tore off roofs and damaged transport links, cutting off access to Narita Airport for more than a day. Typhoon Hagibis struck a month later with less severe winds but record-setting rainfall. Regions of central Japan experienced severe flooding. Ten shinkansen trains on the Hokuriku Shinkansen line parked at a siding were made unusable from flooding.

Most typhoons pose little physical risk (as long as you take sensible precautions), but can cause major disruption. Flights and public transport can be disrupted for up to 2 or 3 days. If a typhoon is heading your way, prepare for your travel plans to be adjusted.

For more on what to do in a typhoon, check out our guide to keeping yourself safe in a typhoon.

Volcanoes are another hazard, but discounting catastrophic eruptions—which are very, very rare—you are only likely to be in danger if you are in very close proximity to one when it erupts. A recent example of this was in 2014, when 63 hikers were killed when Mount Ontake in Nagano unexpectedly erupted. So this is something to be aware of when hiking one of Japan’s many active or dormant volcanic peaks.

As a developed country with a well-functioning health system, you are unlikely to encounter diseases such as malaria, dengue or cholera, compared to more tropical parts of Asia. Your most likely encounters with disease are the same as you might get at home—COVID-19, the common cold and seasonal flu. Partly due to the large number of elderly in Japan, the health system is particularly well set up to deal with complications from flu and COVID-19. Your biggest issue may be explaining your symptoms to the doctor. However, most doctors have a better grasp of English than the general population and major hospitals often have interpreters on hand for non-Japanese patients.

At the time of writing, in addition to the COVID-19 pandemic, there has been an ongoing outbreak of Rubella (also known as German Measles). Both the CDC and the Canadian Government recommended getting vaccinated before travel to Japan. It’s not safe for pregnant women to get the vaccine, so if you’re preggers and want to travel, you might want to check with your doctor first. You should also make sure that your travel insurance covers treatment, hospitalization and repatriation for COVID-19 as many policies may exclude this. Check our article on travel insurance for a comparison of some of the popular options.

Most accidents to visitors to Japan are due to the activities that brought them to Japan—mainly skiing and snowboarding. Japanese ski resorts are no more or less dangerous than ski resorts outside Japan. Most resorts have responsive and highly professional mountain rescue teams, but that won’t stop you from somersaulting down the mountain or snowboarding into a tree. If you do meet such a fate, the medical system will be responsive to your needs. The use of safety equipment when skiing or snowboarding in Japan tends to be less than elsewhere, so just because you don’t see any Japanese people wearing helmets doesn’t mean you shouldn’t.

The rate of road accidents in Japan is very low. If you do get in a road accident, apart from your physical wellbeing, your main concern should be about the legal repercussions. For even minor accidents, the police will be in attendance and there may be interviews that last for hours. Often little allowance is made for language so if the other party involved is Japanese, then the police may be more willing to take the other party’s version of what happened. One thing you should not do is try to get the other person’s details and then leave the scene of the accidentーwhich is illegal. In a two or more vehicle accident, drivers are instructed to remain in their vehicles and call the police.

If you are arrested for any reason, you shouldn’t expect the legal protections you are accustomed to in your home country, or for your embassy to jump in to save you. Police may detain you for up to 14 days without charge, you don’t get a phone call, you may be denied access to a lawyer, there is no attorney-client privilege (police can listen in on your conversation) and you may be interrogated without a lawyer present for long periods of time. Police may even insist that you only speak Japanese with a visitor so they can eavesdrop—even if you don’t speak Japanese! Detention by police has a single aim—to extract a confession. Usually, treatment is lenient if you cooperate and punishment more severe when you don’t. The best way to avoid this is to not get into trouble. You should be aware that “crimes” that might be small slaps on the wrist in your home country—such as smoking marijuana, being rowdy or drunkenly belligerent, or running across a sports field sans underpants—might be treated as serious crimes in Japan.

Additionally, always carry your passport. As a foreign visitor to Japan, it is illegal to be in public without your passport. If a police officer asks to see your passport and you are unable to present it, you may be detained.

Its true, crime rates in Japan are very low by global standards. The murder rate is among the lowest in the world and theft is also very rare. Often you will see people leaving expensive laptops or phones on chairs and tables to reserve their place while they order their coffee. Just because murder and property theft are low doesn’t mean you shouldn’t exercise normal precautionary measures.

One particular area for which Japan is infamous is train gropers and flashers. Chikan, as they are known, are a serious problem on most busy train lines. Sadly, if you are a woman and you plan to travel on a crowded rush hour train, sexual assault is a real risk. The only way to reduce the risk is to avoid crowded trains. The law does provide protection for victims, but most perpetrators act with impunity as they know that there is a low likelihood that their victims will make a fuss or report them. For more information about safe travel in Japan as a woman, see our article on womens solo travel in Japan.

In most of Japan, you will be completely safe from scams. However, there is one neighborhood in particular in which tourists have regularly been scammed—Roppongi.

The scam is simple. A street tout offers to help you find a bar or club. You follow the tout, have a few drinks and then you are given a huge bill, with a few heavies blocking your way to encourage you to pay up. Spiking drinks to render you unconscious so the bar can rack up charges on your credit card has also been reported. This scam can easily be avoided by simply not following touts and only going to places you know and trust. Roppongi also has some of the best drinking spots, restaurants and clubs in Tokyo and is generally safe as long as you know where you are going. Another area in which you should have your wits about you is the red-light district of Kabukicho, northeast of Shinjuku Station. In general, the target of scammers in this neighborhood is Japanese rather than foreigners. However, tourists have been known to get into trouble here too.

The overall risk from wild animals and insects for travelers to Japan is very low. If you’re doing regular sightseeing, you’re unlikely to come across any of the animals below. However, if you’re heading deep into the Japanese countryside or into the mountains, then you should be aware of some of the risks.

When it comes to dangerous animals, you might think the big ones like the enormous Ussuri brown bears of Hokkaido might pose the biggest danger. A much smaller creature has it beat in terms of fatalities though. The oosuzumebachi—literally “giant sparrow bee” or Japanese giant hornet is the world’s largest hornet and kills one to two dozen people in Japan each year. In contrast, the much vilified black and brown bears kill on average one to two people each year. As a tourist, you would be very unlucky to be attacked by a bear. However, if you’re in an area known for bears, you should take the appropriate precautions. Other dangerous critters include habu snakes in Okinawa, mamushi (pit vipers) on the main islands, wild boar, and redback spiders.

Prior to the COVID-19 pandemic, this was the biggest hazard mentioned on most travel advisory websites. The specific advice of most foreign governments, and also the Japanese Ministry of Economy, Trade and Industry is to stay out of the exclusion zone around the power plant.

The foreign ministries of most countries issue travel advisories to their citizens on travel to Japan. In addition, the Japan National Tourism Organisation provides information on safe travel. During emergencies, the social media accounts of Tokyo Cheapo and our sister site Japan Cheapo also collate and post relevant information for English speakers in Japan.