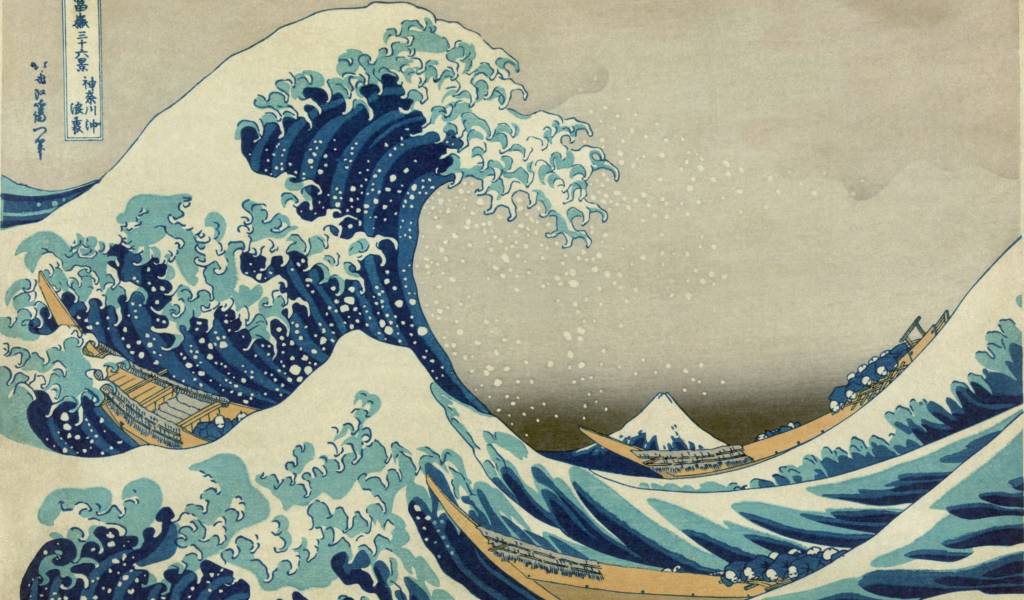 The Sumida Hokusai Museum: A Look at Japan's Most Recognized Artist

And even if you don’t know what The Great Wave off Kanagawa is called, you’ve seen it.

And more people than will admit to it know The Dream of the Fisherman’s Wife by sight.

Hokusai is one of old Edo‘s most famous sons, but until pretty recently there was no museum in Tokyo dedicated to the master of ukiyo-e (Japanese wood block prints). The Sumida Hokusai Museum in the Tokyo suburb of Ryogoku (aka Tokyo’s Sumo Town) fills that gap.

Designed by Pritzker Prize–winning architect Kazuyo Sejima of international firm SANAA, the four-storey museum opened to the public in November 2016. The exterior is as striking as the interior: sheathed in aluminum panels, the design is bold and unmistakable but also blends seamlessly into its urban surroundings. The plot on which the museum is situated is small, and the slick modernist design makes the most of the limited space.

Inside, the temporary exhibition galleries, conference rooms, library, lecture spaces and lobby are pale, spacious and light-drenched. There are no windows in the galleries, but you won’t notice; the angular slits in the exterior allow views of Sumida Ward, Hokusai’s neighborhood. On a chill November day, the museum seems to melt into air.

But despite its slightly ethereal appearance, it’s first and foremost a working space. Run by Sumida Ward, the museum houses over 1,800 works by Hokusai and his pupils, with a full programme of rotating temporary exhibits (some of which are only in Japanese, so go prepared) and a wonderful permanent exhibition guaranteed to satisfy newbies and old-time ukiyo-e devotees alike.

The permanent exhibition gallery is the dark jewel of the museum, an atmospheric space with dark walls and floor, sunken blue lights suggesting the flow of the nearby Sumida. This relatively small space houses a chronological exhibition of Hokusai’s work. Beginning with the master’s early Western-influenced works and ending with the mute power of The Dragon of Smoke Escaping from Mount Fuji, the exhibit also includes a startling (literally; prepare to jump) full-size replica of Hokusai’s workshop, including life-size figures of old-man Hokusai and his daughter Oi, herself a well-known artist.

The permanent exhibition links the old and the new in a way that Hokusai himself would have approved of (in his adoption of new technologies—the roiling blue of the Great Wave is Prussian blue, a synthetic pigment invented in Germany in 1706—Hokusai puts one in mind of David Hockney). The prints on display are replicas digitally printed on silk and washi paper; the originals can’t be displayed because they will fade. The center of the gallery has interactive screens, allowing visitors to flip through the artist’s manga notebooks, animate a flip-cartoon, or zoom in one the fine details of Hokusai’s works. There are also the usual touch-screen information guides.

Towards the end of his life, Hokusai lost both his house and a lot of his works to a fire. He was sliding from popularity by then, jostled by newcomers such as Ando Hiroshige. But he was, in his own words, an old man crazy about painting, and never stopped trying to improve his art. Shortly before his death at the age of 89, Hokusai painted a sinuous white dragon flying up a plume of smoke behind a white Mt. Fuji. White dragons are an auspicious sign, symbolizing success, so perhaps the crazy old man did, in the end, feel that he’d accomplished something.

A short walk from the Sumida Hokusai Museum is the Edo Tokyo Museum, which re-opened after a long period of refurbishment March 31, 2018. We’d advise that, if you’re heading all the way to Ryogoku, make a day of it, finishing up at Edo-yu Spa after getting your fill of culture.