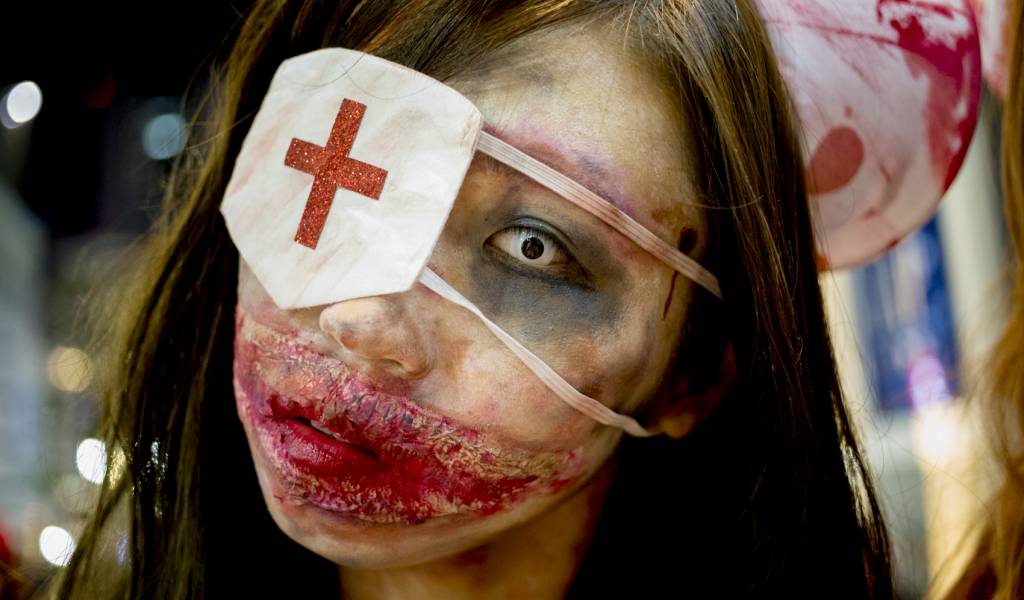 If you’re reading this, you already know that Halloween has morphed into an out-of-control street party in Tokyo, but here are some of the best actual parties.

For some of the free street action, check our guide to Halloween in Tokyo. But if you’re looking for somewhere a little less public where you can kick dance till dawn and enjoy a whole roster of international and local DJs (other than DJ Police), here are some suggestions for Tokyo Halloween parties.

Costumes are definitely encouraged and often get you discounted entry, but are not required. For an idea of what to expect, see the best costumes of Tokyo Halloween of years gone by.

Warning: before you bite our heads off, some of these ain’t super cheap!

One of the biggest and most provocative Halloween nights in town, the Decadence party has enough unusual performers to make you forget about the music all together. The headline DJ acts include world-record-breaking 83-year-old DJ Sumirock, and performances from Kaya, Santistorm and Black Diamond. The church theme gives a hint as to what’s in store, but you never really know what to expect at a Decadence Halloween night.

Vision’s entry into the longest title category is a surefire winner—both on titles and great nights out. While they haven’t yet announced any performers, they have some of the best international DJs gracing their decks on a regular basis, so for a slightly cooler Halloween night, this is for you.

Head to one of Tokyo’s biggest clubs for a night of sports-themed music and dance that will combine all of the Olympic and rugby energy in Tokyo. The famous costume competition is back with a grand prize of ¥500,000 (yes, we got the right number of zeros in there)—so maybe put a little extra thought into your kit. Aside from dancing and DJs, there will be torch runs and other sporting entertainment.

Mega-club Womb is celebrating Halloween on the 26th and the 31st this year, so you can party until you look like an actual zombie. It’s a great location to head to after the madness of the Shibuya Scramble (which supposedly is banned, but we’ll see) and its costumed horrors, whichever night you’re out on.

The night of the 26th will be headlined by Bill Patrick along with Satoshi Otsuka, while on the 31st you’ll be treated to the Cyber Japan dancers and music from Mitomi Tokoto.


Offering international DJs and provocative performers in luxurious settings, this is one of the smartest Halloween parties in town. Whatever the theme, they’re known for a great night, especially with music from the likes of Groove Patrol, Alex Einz and Datwun plus dancers, visual art and stunning views of the city skyline.

Think there are other Tokyo Halloween parties we should add to the list? Let us know!