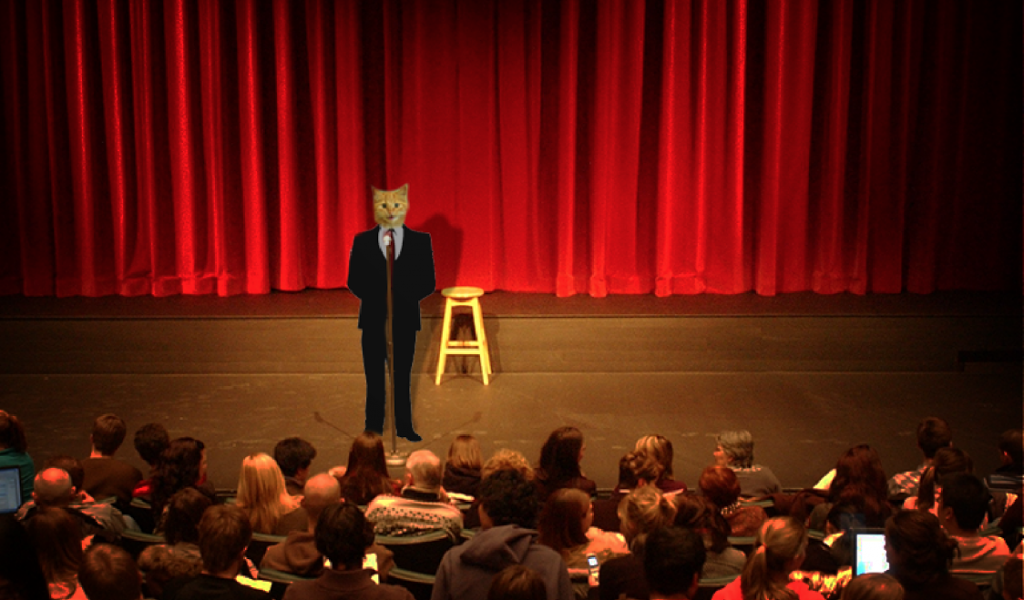 There’s a scene in Mary Poppins, where everyone’s favourite fake-Londoner-turned-detective-doctor Dick Van Dyke bursts into the song “I Love to Laugh” and starts levitating aimlessly towards the ceiling, the implication presumably being that the mere act of laughter is as pleasurable as hard drugs. BUT, where does one go for laughs in Tokyo? As an English speaker, you may think Japanese humour is limited to bright-lighted-shiny-floor variety shows where random Japanese words explode on your TV screen and young women laugh nervously in the background. However, you may be surprised to find that there are quite a few comedy scenes in the big city, each with their own flavour.

…AND there are ones in English!

…AND (to increase the chances of this article making it into TokyoCheapo) they’re cheap! 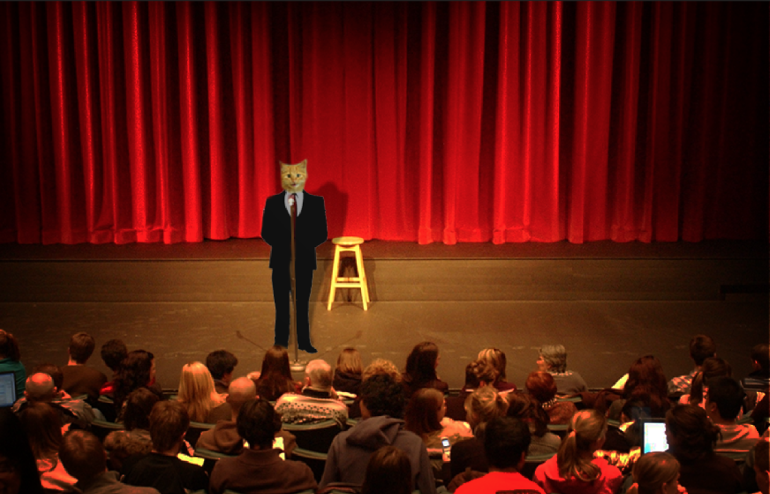 Let’s get this one out of the way first, as it’s undoubtedly the first thing that will turn up if you Google “Tokyo” and “Comedy”. (Make sure you don’t search for those terms in Google Images, unless you’re big on bondage photography). The TCS is one of the most regular performing groups in Tokyo, with shows that range from FREE to around 2,000 yen. For my fellow Cheapos, I strongly recommend the New Material Night in Shibuya, which is around 2.5 hours long and has a HUGE mix of improvisers and stand ups from around the world, who even put up with questions from drunk, wannabe writers typing endlessly on a phone after shows. The night is free, but for moral support you should probably buy at least eleven drinks (although apparently just one is acceptable) at the venue.

Go here if you watch: Whose Line is it Anyway? / Last Comic Standing

Although the name sounds like one of those government-backed exercise schemes, this is an English-speaking comedy night that is stand-up only. While they are moving away from free events this means the audience are less likely to be uninterested-drinkers and you can enjoy the show. They have weekly stand-up events in Shimokitazawa and Otsuka (for newbies) and Craft Beer and Comedy nights in Roppongi once or twice a month. They also have special international headliner events and are hosting the Magners Comedy Competition Tokyo Heats 2018!

No, thats not the name of that online store that looks a bit like Amazon—it’s a type of comedy that is VERY traditionally Japanese. Simply put, its part stream-of-consciousness monologue, part storytelling and part impression show all done by one person sitting on a cushion. The best rakugo artists of Japan can hold a room’s attention for hours at a go, and I’m glad to see that there is now the chance for English speakers to taste this firsthand. AND IT’S FREE!

Go here if you are: Looking to impress someone with your amazing cultural knowledge. 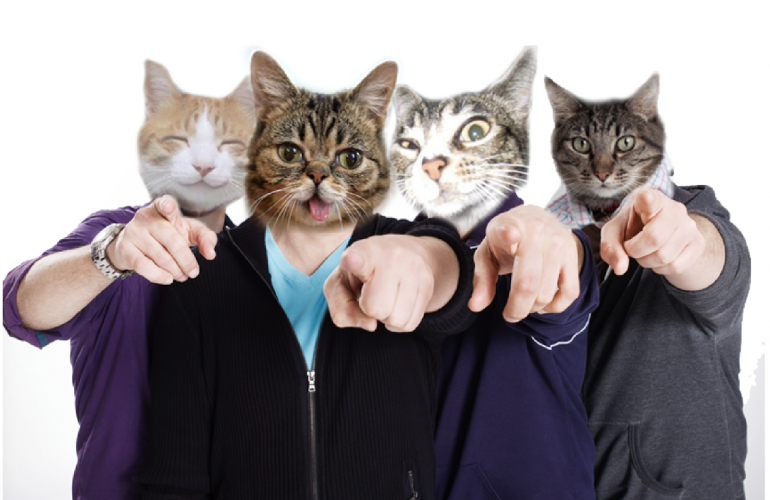 In the unlikely event that you happen to speak Japanese and live in Tokyo, you may also find these places tickle your nihongo-speaking funny bone.

The closest thing you’ll find to a regular dedicated comedy club in Tokyo. Located in Shinjuku, with about three to four shows a day. If there’s some タレント you’ve seen on the TV that you quite like, chances are they’ll have a show on here at some point. If you’ve got an interesting T-shirt on and are spotted, for example, trying to write notes on your phone, you will be rightly shamed by performers. A lot of the acts are heavily コント and 漫才 based, making the material very fast-paced and even a bit tiring; like watching someone in front of you doing a one man re-enactment of an entire Simpsons episode.

CHEAPO TIP: last show of the day is cheaper than the matinee and will set you back around 2,000 yen

Go here if you: quite like the idea of watching what feels like a live action cartoon

This small, but charming, theatre in Nakano hosts LOADS of comedy nights that are free to 1,000 yen (and completely FREE for Nakano residents). The acts are largely 駄洒落 and some even dip into シュール territory, but this scene has an underlying dark humour which I’ve not encountered yet in other clubs. (e.g. one act does a powerpoint sales pitch dressed as Hitler). Not for beginners and they can be particularly brutal to audience members sitting at the back, trying to write notes onto a phone.

Go here if you: want to witness what could be the birthplace of a genuine alternative Japanese comedy scene. 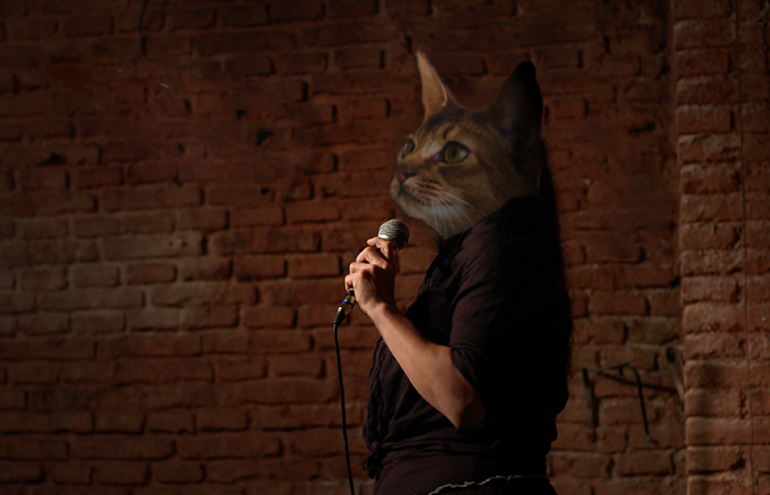 One of the best ways to see the craft of entertainment happen before your eyes is to get yourself into a TV recording! This is very easy to do and the event will be free. You may even get some bottled water and snacks for free, but you will be expected to get yourself there at your own cost. People are usually selected by a lottery system for these recordings and if during the recording you’re spotted trying to secretly take notes on, say, your phone, you’ll probably have your fat face beamed on to a studio monitor while the host encourages everyone to laugh at you.

A word of warning, 30-minute TV shows do not take 30 minutes to film and often go into a couple of hours, during which you may have to laugh enthusiastically to the same sketches about eighteen times and clap wildly on-demand, but hey, it’s free!

Go here if you: want to shock yourself realising the camera truly does add about ten more kilos. And a triple chin.

So those are my suggestions for a laugh-tastic night out. AND with the savings you make on these nights out, you’ll be laughing all the way to the bank AND you certainly won’t be laughing at your own expense!

Written by: Ryo Seven
Filed under: Things to do
Tags:
Sharing
Questions or comments about this article?
Start a thread on our community forum
Ask our local experts about Tokyo