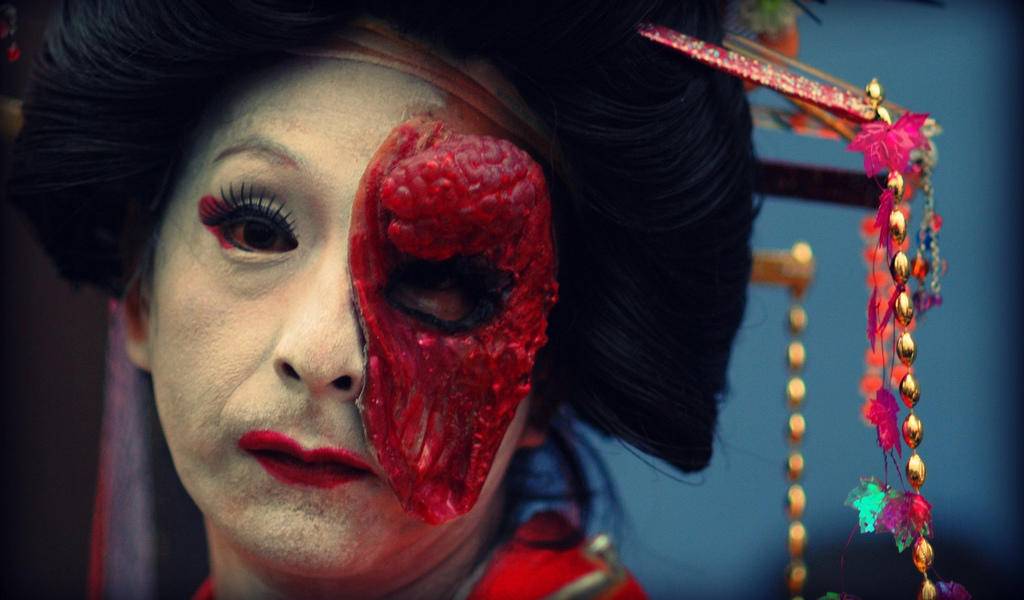 Anyone who tells you that Halloween isn’t a big deal in Japan (and Tokyo) is seriously lacking in perspective. Halloween in Tokyo runs for the whole month of October – our local supermarket put up their decorations before summer had even finished properly. This weekend will see parades large and small sprinkled throughout the greater Tokyo Metropolitan area.

The most famous parade in Japan is the Kawasaki Halloween Parade.  The parade will happen from 2:30pm until 4pm on Sunday, October 28th.  3,500 participants are expected to parade along the 1.5km course in the vicinity of JR Kawasaki Station and the nearby La Citadella shopping (or should that be chopping?) center.

On the same day, there will be a slightly more family friendly event – the Halloween Pumpkin Parade in Harajuku/Omotesando.  This parade is more of a local community event with lots of kids from surrounding schools joining in.  While the Kawasaki parade might give you nightmares, this one will be so cute that it might upset those with a weak stomach.  The parade takes place along Omotesando from 1pm to 2:15.  Expect to see more fairies than you could ever imagine. Closest stations are Omotesando on the Tokyo Metro Chiyoda, Ginza and Hanzomon Lines and Meijijingumae/Harajuku on the Chiyoda and Fukutoshin Lines.

If you’d rather avoid all this beastly devilry and paganism, you’d best stay at home this weekend. However, there are some non-Halloween themed events on this weekend too.  As usual, there is something on at the event square in Yoyogi Park – the Earth Garden Autumn Fair runs all day on both the 27th and 28th.  It’s basically a craft festival so their will be lots of stalls peddling hippy stuff – if you’re running short on scented candles, this event might be for you.  The Koenji Fes is also on near JR Koenji Station on both days.  The festival seems to be quite community focused with lots of food, music and activities for the kids.  It bills itself as one of “THE BIG 4” festivals in Koenji – surely reason enough to check it out.