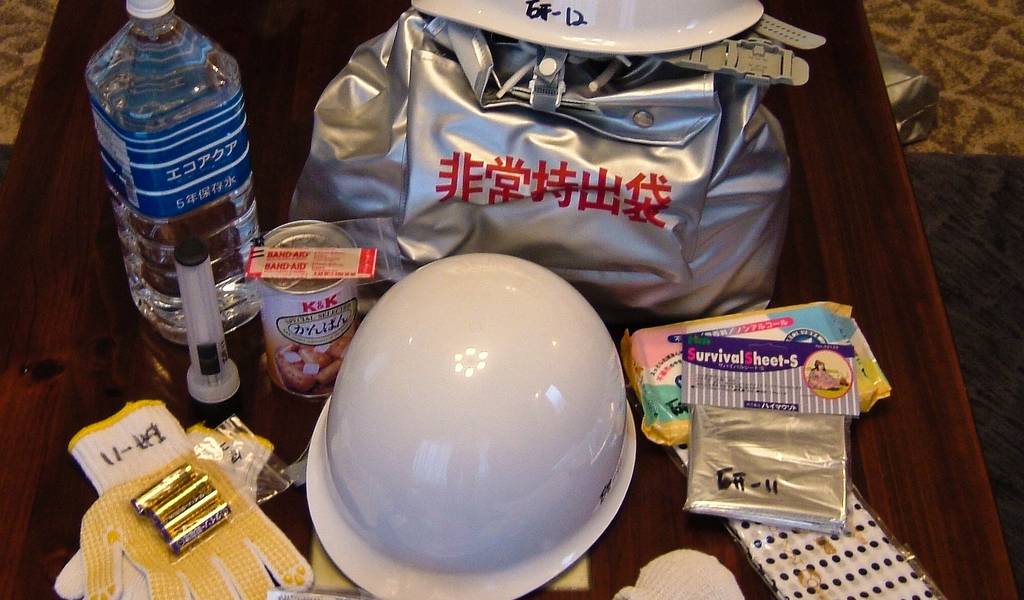 Would you know what to do if an earthquake were to happen right now? Or how about a fire? In a country like Japan, which sees more than a few natural disasters, it’s essential to know this kind of stuff.

I had no idea about disaster preparedness until recently, when I visited the Ikebukuro Bosaikan. Run by the Tokyo Fire Department, this nifty Life Safety Learning Center was created to equip people with the know-how needed to stay safe and survive emergency situations. It’s free, and it’s housed in a real fire station – reason enough to visit right there.

The Life Safety Learning Center is on the fourth floor of the fire station, and there is a sign (in English) letting you know where to go right when you walk into the building. As soon as you get up to the fourth floor, you will find lots of useful pamphlets in a plethora of languages. I picked up two of them, the Tokyo Handy Map and the Tokyo Handy Guide, for easy to follow maps of Tokyo in English – just in case (if you can’t use your smart phone, how will you orientate yourself?).

But before you go pamphlet crazy, the first thing you should do is to talk to the ladies at the reception desk and fill out a card that reserves you a spot in the next tour. While everything is mostly in Japanese, the kind woman that helped me tried her best to explain how to fill out the card and how the tour works in English.

Each tour lasts about two hours, with four different parts that are 30 minutes each. The tour, I should mention again, is free. After my two friends and I had reserved our spots for the next tour, we went to store our bags and coats in the lockers near the reception desk, which are also free to use. Cheapo bonus points!

The first part of the tour is a short animated film, in Japanese with English subtitles, about a group of young students who learn about past earthquakes that have devastated Japan. Even though it touched on some heavy topics, it was very colorful and easy to watch, making it great for adults and children alike.

After the film, our group was ushered to a room that had a large screen and all sorts of fire extinguishers and hoses. Here we learned about fire hazards in the home and how to operate a fire extinguisher. My friends and I, who speak very little Japanese, were able to understand the basic idea of what our tour guide was explaining by her use of gestures and pictures. Once we learned about how the fire extinguishers work, we got to practice using them by spraying the big screen which had a “kitchen fire” displayed. The kids in our tour group especially loved this and had a fun time shouting “Fire!” before spraying water all over the screen.

The next station simulated a smoky house where we learned how to escape a burning building safely if a fire were to happen. Thankfully, the “smoke” was just fog from a machine, but it was a little hard to breathe just the same! I can only imagine how awful real smoke would be.

Lastly, we were ushered into an earthquake simulator, where we got to experience different types and strengths of earthquakes. We took turns in groups of five sitting at a dining room table inside of the simulator. Our tour guide would press a button and the earthquake would start, signaling us to get under the table as quickly and orderly as possible. For this, I recommend coming in comfortable clothing. The little group I was in got to feel what a magnitude 9 earthquake, the same magnitude as the Great Kantō earthquake of 1923, feels like. It was very scary considering earthquakes of that magnitude, and even greater, actually happen.

Being that this tour was free, I honestly did not have very high expectations, but I was blown away by the simulations. Even though I don’t speak much Japanese, I was still able to learn a lot about preparing for disasters, like earthquakes, that are unfortunately common here in Japan.

Before you leave, be sure to check out the small gift shop where you can buy various disaster preparedness kit items, as well as T-shirts and small toys. They center offers first aid training as well, in case you want to gain a few extra survival skills.

Open with Maps
Ikebukuro Bosaikan
Free!
2-37-8 Nishi-Ikebukuro, Toshima-ku, Tokyo
Central Tokyo
Official Website ⚠️ Link in Japanese
03-3590-6565
9am-5pm, closed Tuesdays and the third Wednesday of each month.
Written by: mackenzie
Filed under: Things to do
Tags:
Sharing
Questions or comments about this article?
Start a thread on our community forum
Ask our local experts about Tokyo