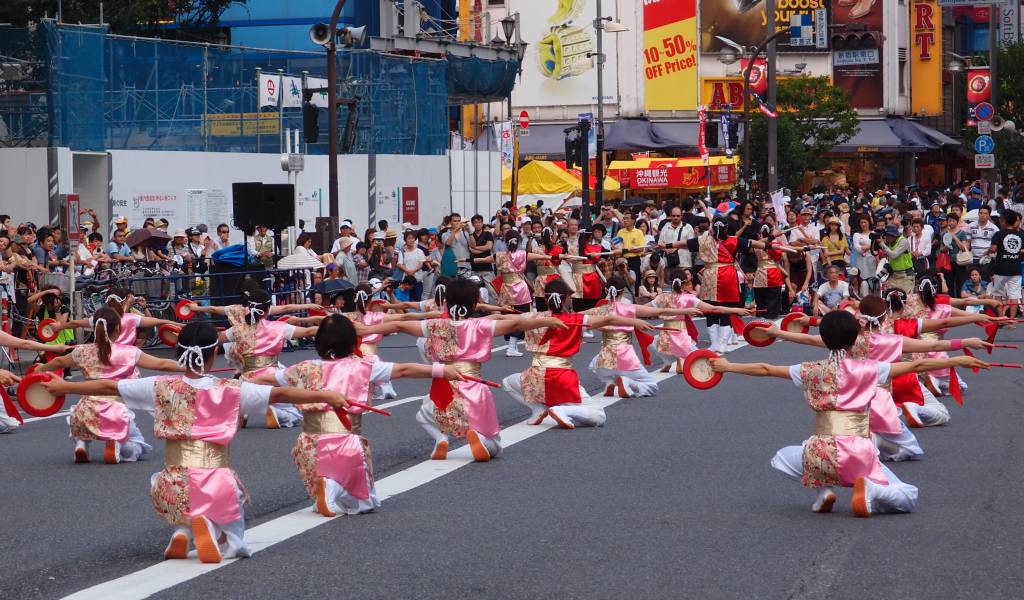 This particular July weekend is both awesome and awful at the same time. Awesome because it’s full to the brim with must-attend cheapo events. Awful because you’re going to have to pick favorites among a list too good to miss.  We know, we know…muzukashii.

We’ll here we go, in no particular order of awesomeness:

Sumidagawa Fireworks Festival (Sat. July 25) – This is Tokyo’s biggest fireworks festival in terms of both crowd and number of illuminations. It gets uncomfortably packed very quickly, so be sure to get there way, way early if you want a decent spot. For a more detailed survival guide, visit here.

Showa Kinen Park Fireworks Festival (Sat. July 25) – A smaller affair than the Sumidagawa event, this medium-sized festival will set off 5,000 fireworks that you can enjoy from the park grounds.

Kagurazaka Matsuri (Wed. July 22-Fri. July 25) – In its 44th year, this event is split in two parts. The first two days  will hold a Hozugi Market (where you can buy winter cherry seeds) and the latter two days will see the Awaodori Festival celebrated with a graceful Tokushima-born dance. Of course tons of street food will be available the length of the festival.

Ueno Summer Festival (on until August 9) – This 5-week-long festival doesn’t have an itemized timeline, so if you show up to Ueno you could be pleasantly surprised with various performances, an antique market, a paper-lantern festival, or maybe something else!

Ekoda Night Bazaar (Sat. July 25) –The Ekoda Night Bazaar returns, and this time it has more to offer than just local ware for purchase. This month’s bazaar comes with a Yosakoi Soran dance parade and ink-stamp collecting rally where you can win tickets to Tokyo Disneyland.

TV Asahi Roppongi Hills Summer Station (on until August 23rd) – Hangout with 66 Doraemon statues in Roppongi and jam out to the daily concerts.

Art-Aquarium (on until Sep. 23) – A real aquarium with an artistic twist. Drop by in the evening for cocktails and music. Entry is 1,000 yen.

Manga*Anime*Games from Japan (on until Aug. 31) – This exhibition showcases  anime, manga and games that have had an impact on Japanese pop culture since 1989.  Entry is 1,000 yen.

Written by: Adriana Paradiso
Adriana's Tokyo favorites are: Mizumoto Park, Gokokuji Temple Tokyo
Filed under: Art | Events | Things to do
Tags:
Sharing
Questions or comments about this article?
Start a thread on our community forum
Ask our local experts about Tokyo