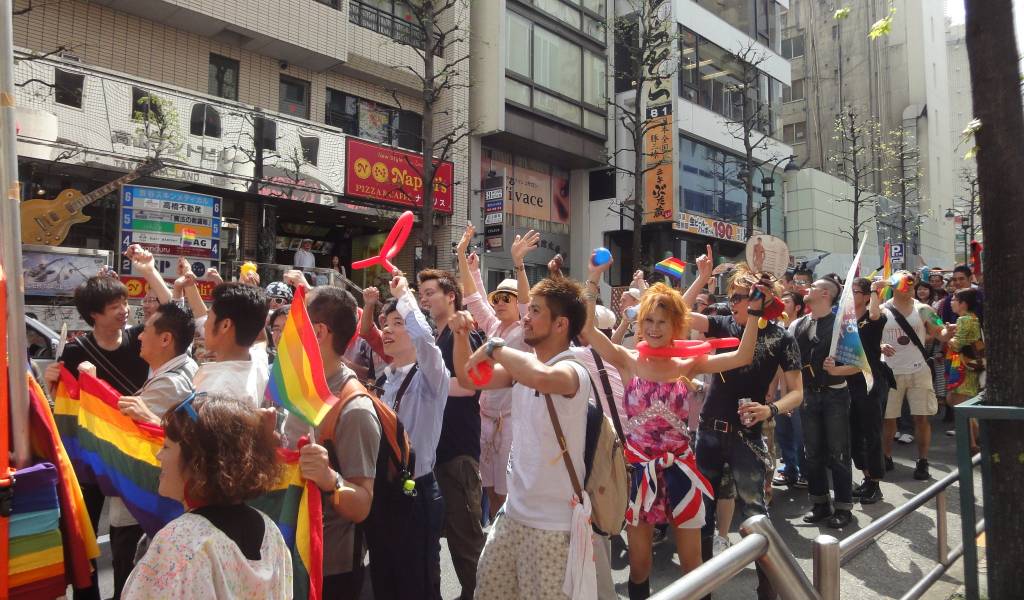 Cheapo Weekend for May 7-8: Parades, Street Festas and Beer

Golden Week may be over, but there’s plenty of fun to be had this weekend in Tokyo. Read on for our top event picks for May 7-8.

Comedy Sumo Slam (May 7): More comedy than you can shake a stick at this Saturday in Roppongi. There are two shows at Two Dogs Taproom, each 1,000 yen—or 1,500 yen (including 2 drinks) if you want to double up on the funnies and go to both shows.

Tokyo Rainbow Pride  (May 7-8): One of Tokyo’s more colorful events, the Tokyo Rainbow Pride will take place in Yoyogi Park as a celebration of the city’s LGBT community. There will be tons of performances throughout the weekend in the park, along with a plethora of booths selling fashion, food and goods. The highlight of the event is the parade on Sunday which marches through the surrounding Harajuku/Shibuya areas.

Salsa Street Festival (May 7-8): Also taking place at Yoyogi Park is the Salsa Street Festival. You can join the crowd of dancers or just people watch—whatever suits your mood/skill set. And bring some cash to spare, you’ll probably want to grab some Latin American grub on offer.

Spring Oktoberfest (ongoing until May 8): *Last weekend* – The spring edition of Oktoberfest will be taking place in Odaiba’s Venus Fort mall. Entrance is free but food and drink is pay as you go. There will be a plethora of beer stalls, featuring both German and local Japanese brews, and food stands offering up the usual German fare, like pretzels, sausage, sauerkraut and more.

Odaiba Hawaii Festival (ongoing until May 8): *Last weekend* – This year’s festival will feature Hawaiian music performances by national and international artists, a Polynesian show, Hula & Tahitian dance shows, and Hawaiian market where you can pick up goods and snack on tasty Hawaiian food.

Oedo Beer Festival (ongoing until May 8): Craft beer festival with free entry (unlike most other beer festivals in Tokyo). There will be a selection of international and domestic beer with glasses starting at 500 yen a pop.

Pixar: 30 Years of Animation Exhibition (on until end of May): Take a stroll down nostalgia lane by visiting the temporary Pixar exhibition at the Museum of Contemporary Art. The exhibition has been on a world tour as part of the animation company’s 30th anniversary celebrations, and has finally made its way to Japan for a two-month stint. On display will be hand-drawn sketches, original storyboards, paintings, color scripts and character models—see how your favorite Pixar peeps made their way to the big screen!

Why Are Videogames So Interesting? Exhibition (on until end of May): Try out up to 120 games at this video games exhibition at the Museum of Emerging Science and Innovation. We highly recommend trying out the London Heist virtual reality game—our minds were blown!