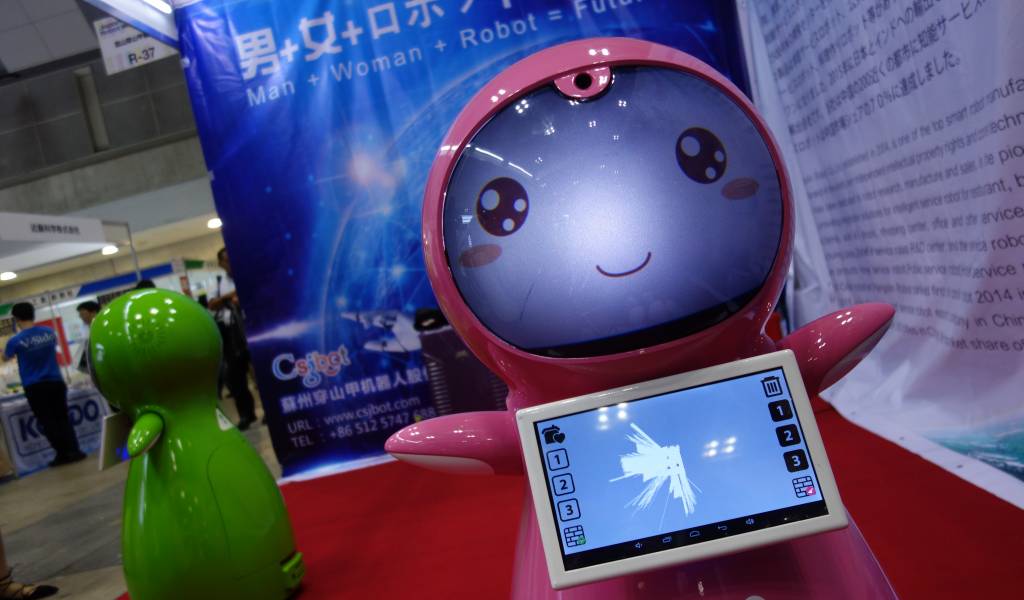 Being in Japan means robots, everyone knows that right? So when robot week comes to town you expect the crazy stuff. I want them serving drinks, cooking stuff, looking creepily human—I don’t know, just cool stuff. But, apparently, this is not what robots actually do. Robots lift things, and sometimes, they help you lift things yourself. Sometimes they tell you the weather, sometimes they don’t. If you’re very lucky, they will count your strawberries or creepily film your small children. Turns out this is a service robot fair, and the services are not saving your life from a burning building, or taking over the world.

So, basically if you know things about robots, this show is really great and impressive and probably very interesting. If (like me) you know very little of robots, prepare to be somewhat underwhelmed. That’s not to say there isn’t fun to be had though! You can try picking up heavy boxes with mechanized body suits, watch a machine passive-aggressively pack boxes and marvel at the probably very well educated man unlucky enough to have to wear a strawberry-head among his peers. There are plenty of Softbank’s familiar Pepper on many stalls (some dancing to AKB48), with alternative wait-on robots about too.

Having searched the show for anything similar to Westworld-level threats, I think we are safe from a world takeover (although the paranoia from the show did lead me to eye some of the immaculate and immobile stallholders with suspicion).

The exhibition is on until Friday in Odaiba—fun to look around for pure oddness, or professional interest!

Here are some pictures!

Read our guide on other ways to meet a robot in Tokyo.