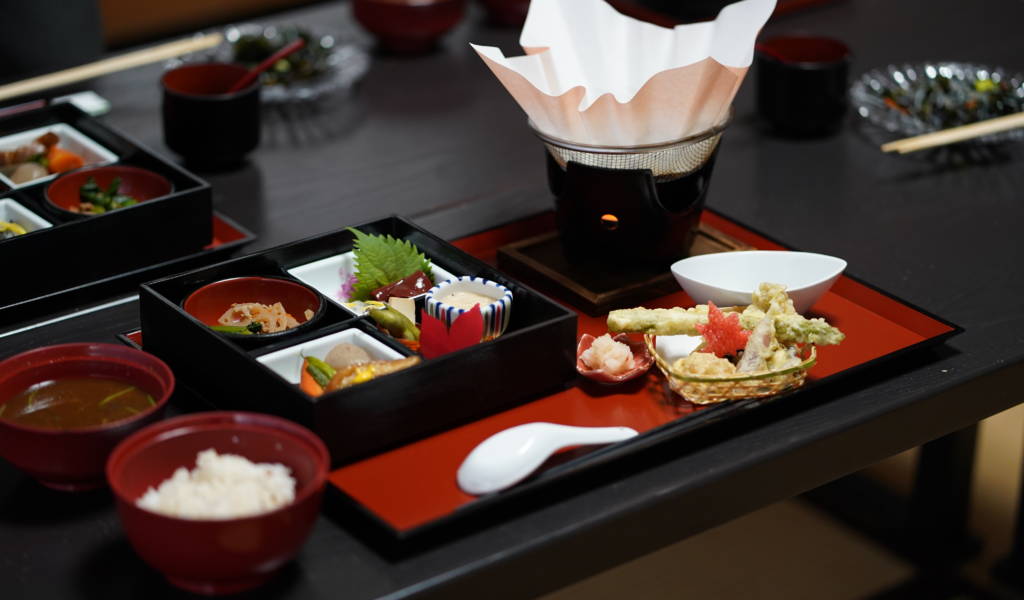 Life As an Ascetic Monk on Mt. Takao

Easily hiked, beautiful views and super close to Tokyo—there’s little wonder Takao has become one of Japan’s most iconic destinations.

But it’s not just sightseeing on offer. The mountain itself and the community around it hold an important place in ascetic Buddhist tradition. Reaching back well over a millennium, many of those traditions continue to this day, with active temples and religious populations still very much thriving under the protection of the tengu—long-nosed, red-skinned bird men (kind of hard to miss).

Naturally, that makes it a great place to soak up some teachings and even try your hand at a few of those ancient practices yourself on your pilgrimage to the top.

It’s well worth starting with at the bottom with a visit to the (free) Takao 599 Museum to learn about the nature, history and cultural significance of the mountain. Keep an eye out for the wall of stuffed animals—at regular intervals the display comes alive with the aid of a huge artistic video projected across the whole wall. The museum’s main focus is on the incredible biodiversity present on Takao, which apparently boasts more unique species on one mountain than across the entirety of my native UK.

Once you’re ready to make your way up, you have a couple of choices. The first is to climb the whole way yourself—which only takes around 90 minutes at a steady pace. If you’re not as swift on your feet as the mountain’s legendary tengu, you can ride the cable car just over halfway up. At ¥480 each way, it’s a sound investment if you’re pushed for time, though naturally the ride comes at the expense of feeling quite so much like a weathered, world-weary pilgrim once you reach the top.

Whether you’ve climbed or not, at ¥140 a pop there’s no reason not to treat yourself to a tenguyaki once you’ve reached the cable-car station/viewing platform. Often marked by a lengthy line, the stall selling them offers a sweet, bean-filled snack similar to taiyaki—only shaped like a tengu face instead of a fish.

Keep an eye out for stone spinning wheels starting just after the cable-car station. These are designed to give you a moment of introspection and purification on your way to the temple at the top. They’re easily distinguishable by the black polished marble orbs on top, each marked with its own kanji. Each of these stations is associated with one of six senses: ears, eyes, nose, tongue, mind and body. Gently spin the wheel and reflect on the marked sense (Google Translate is your friend) as preparation on your climb. There’s also a much bigger wheel at Yakuo-in temple, close to the summit, ready to purify all six senses at once—I guess in case you’ve already sullied yourself again on the way up.

Being holier-than-thou doesn’t always mean putting up with an empty stomach. The Head Temple Takao-san Yakuo-in offers a very satisfying example of shojin ryori—perhaps Japan’s classiest vegetarian food. Traditionally served in Japanese Buddhist temples, each meal is composed of many small dishes, some of them painstakingly prepared to give them distinctive meat-like tastes or textures. Most of the food is prepared from locally grown, seasonal ingredients, so as far as meals go, it’s a decidedly karma-neutral choice!

Alas, reservations are in Japanese only, so unless you’ve some language prowess under your belt you might need to muddle through, again with Google’s help, and hope for the best.

For such a gentle climb, the summit offers stunning of Tokyo and beyond—and if you’re lucky enough to have a clear day, you might even catch a glimpse of Takao’s elusive older brother, Mt. Fuji. If you didn’t opt for a meal on the way up, there’s plenty of room at the top, making it a great spot for a picnic before you make your way down.

Joining in on the fun

If you’re serious about your ascetic monk lifestyle choices, you can opt to put yourself through a little extra punishment in a couple of forms. The first is to don white robes and sit under one of two icy waterfalls. Depending on which waterfall you plan to punish yourself beneath, you’ll want to arrive on either the first Saturday of the month, the 17th-18th or the 27th-28th.

If you’re really serious about it, you can join the crowds on the second Sunday of March for the Saito Goma-ku fire ritual at the foot of the mountain. Here you can engage in the annual firewalking event, during which you can really turn up the heat and burn away any lingering impurities.

You’ll find more details on the official site—which suggests calling ahead to check times (though again, you’ll need some Japanese skills to make it work). Be sure to check the event page too, which outlines other seasonal events throughout the year.