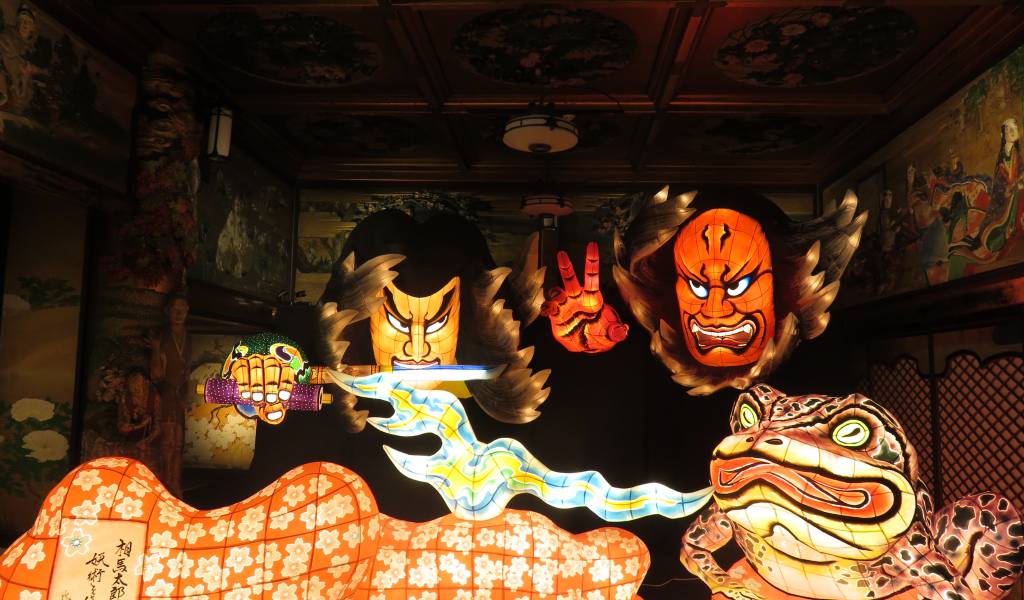 The Light of Japan at Meguro Gajoen

Contrary to popular belief, ceremony halls aren’t a creation of bubble-era Japan, and Meguro Gajoen is proof of that. Built in the early days of the turbulent 30s, when Tokyo was vying against Shanghai for the “Paris of the East” title, Meguro Gajoen was transformed from a restaurant to a banquet, wedding, and general ceremony hall—in effect becoming Japan’s first wedding complex. At that time, when Tokyo had just recovered from a major earthquake, this extravagant venue was regarded as a fairytale kingdom, an inaccessible dreamland for most people—hence its nickname as the Palace of the Dragon God. 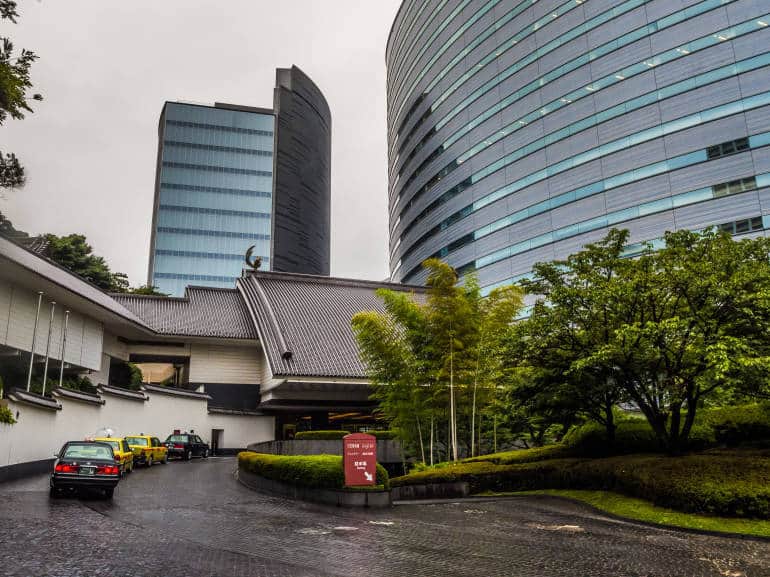 Despite the advent of much bigger (and much, much tackier—Japan, right?) venues, it remains a very popular (but, unsurprisingly, pricey) choice for all kinds of social functions. But given its history, Meguro Gajoen is more than just a fancy, classy hotel and wedding venue—if you’re into art and architecture, it can also be a tourist spot in itself.

Inside the Palace of the Dragon God

The old Gajoen has been almost completely reformed—the Japanese use this phrase for all kinds of reconstruction work, but in this case, it’s literal. Parts of it still remain, though, and they’re real works of art. Walking down the hallway, you’ll see detailed panels vividly depicting life in Edo-era Japan. These panels were displayed during Gajoen’s opening. Be sure to also check out the ceiling for more art.

Walk further and you’ll reach the Invitation Gate, a remnant from the old Gajoen. Surrounding it are a small pond and art installations that vary depending on the season.

Go past the gate and take a toilet break to remember, as Meguro Gajoen is home to the Million-Dollar Toilet, so called because it supposedly cost US$850 million to build. Sure, spending the night or celebrating your wedding at Gajoen may cost you an arm and a leg (maybe a meal won’t cost that much, but it’s still not going to be that cheap!), but the toilets are free for you to use!

In case you ever needed a reminder of how opulent this hotel was (and still is), this is it. (A tacky show of wealth of Showa-era rich folks, a beautiful and artistic legacy, or both? You decide.) With bridges, flowing water, and gold paintings on the ceiling, you’d be forgiven for thinking that you’re anywhere else but in a toilet. In what may be an anti-climactic twist, there’s nothing special—no gold toilet bowls or anything—inside the cubicles, though.

But the real star of Gajoen is the Hyakudan Kaidan, the staircase of a hundred wooden steps, which connects seven rooms filled to the brim with art from the pre-war period. Fun fact: in reality, there are only 99 steps, which has some symbolic value in that having a hundred steps would mean the end, whereas having 99 means that the steps can remain a work in progress for eternity. It’s a Registered Tangible Cultural Asset of Japan. 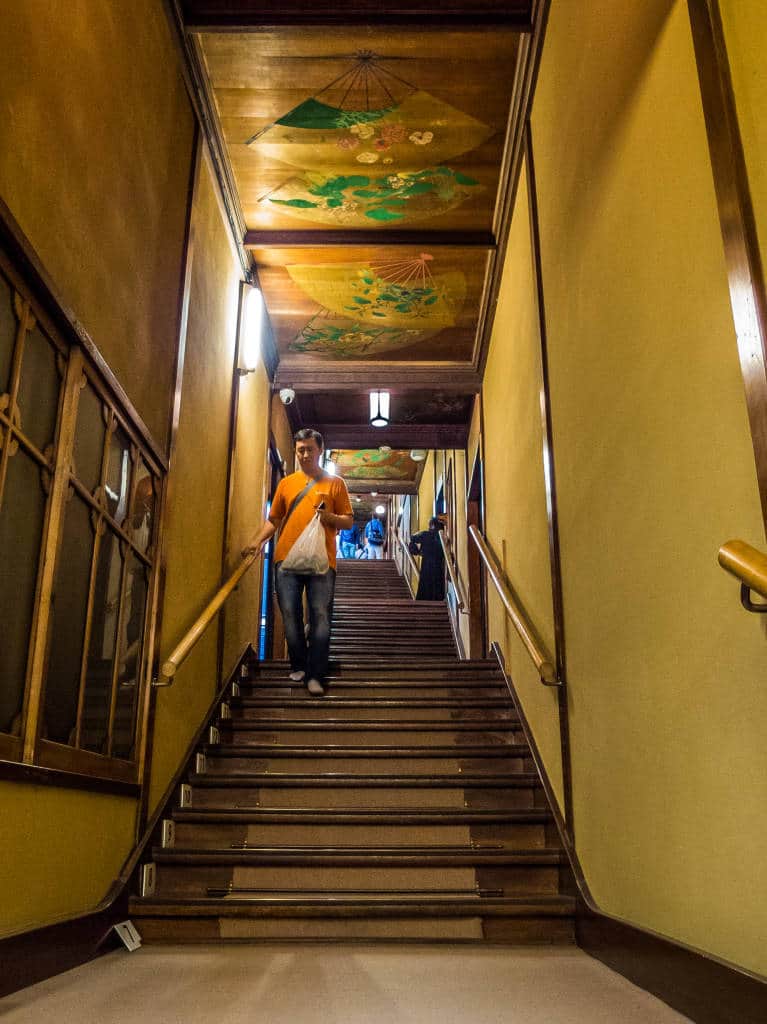 Fun with Lights at Wa no Akari Exhibition

The Hyakudan Kaidan and its banquet halls are only accessible to the public during guided tours, which are usually held in Japanese, or when exhibits are held there from time to time. However, even so, photos may not be allowed. But there’s one annual summer exhibition that allows photos: Wa no Akari, which which could mean “light of Japan” or “light of harmony” (the Japanese love puns).

While Hyakudan Kaidan’s banquet halls are already ornate to begin with, Wa No Akari makes them even more spectacular through the addition of art installations. all exploring various aspects of the concept of light, as well as combinations of light and trademark Japanese objects. Visitors can climb the titular staircase (it isn’t that bad as it sounds—it’s broken down to 10-15 stair segments) and check out the rooms to see the various stages of the exhibition.

Paper plays a big role in the Wa no Akari project: in the form of heroic figures from the Aomori Nebuta Festival, of Hokusai ukiyo-e prints or of sculptures and various textures, it is present in almost all rooms and makes the light virtually tangible. Works by contemporary artists alternate with classics from the early Showa period, the time the Gajoen was built.

But even though some installations might seem too modern for such a classic setting, the overall result is truly amazing and certainly worth the price tag of 1,500 yen. That price is comparable to a museum ticket, and the Gajoen is considerably smaller than many—but not all—museums in Tokyo. Nevertheless, it makes for a moving experience, perhaps even more than what you might get in many other museums. (The installations make for lovely photos, too, as they’re extremely picturesque.)

Here’s a gallery of images from 2015’s Wa no Akari, with photos by Grigoris Miliaresis:

The Meguro Gajoen is very close to Meguro Station served by JR’s Yamanote Line, Tokyo Metro’s Namboku Line and Toei’s Mita Line. Exit from the west side, walk a couple of hundred yards, go down a veeeeeery steep slope and you’re there. The good people of the venue, knowing that what goes down must go up, have a free shuttle that will take you from their door to the station so you can avoid seeing the “dark side” of said slope. If you intend to visit though: Wa no Akari is usually only held from July to August. But if you miss this exhibit, fear not, as Gajoen holds art exhibits a few times a year. Just some examples of previous exhibits are a doll exhibit for the Hina festival and a lucky cat exhibit. As mentioned earlier, most exhibits do not allow photos, but you might get lucky every so often.

This article was originally written by Grigoris Miliaresis in 2015 and updated by Tiffany Lim in 2017.

Open with Maps
Meguro Gajoen
1-8-1 Shimomeguro, Meguro
Meguro
Official Website
03-3491-4111
Written by: Grigoris Miliaresis
Filed under: Art | Events | Things to do
Tags:
Sharing
Questions or comments about this article?
Start a thread on our community forum
Ask our local experts about Tokyo