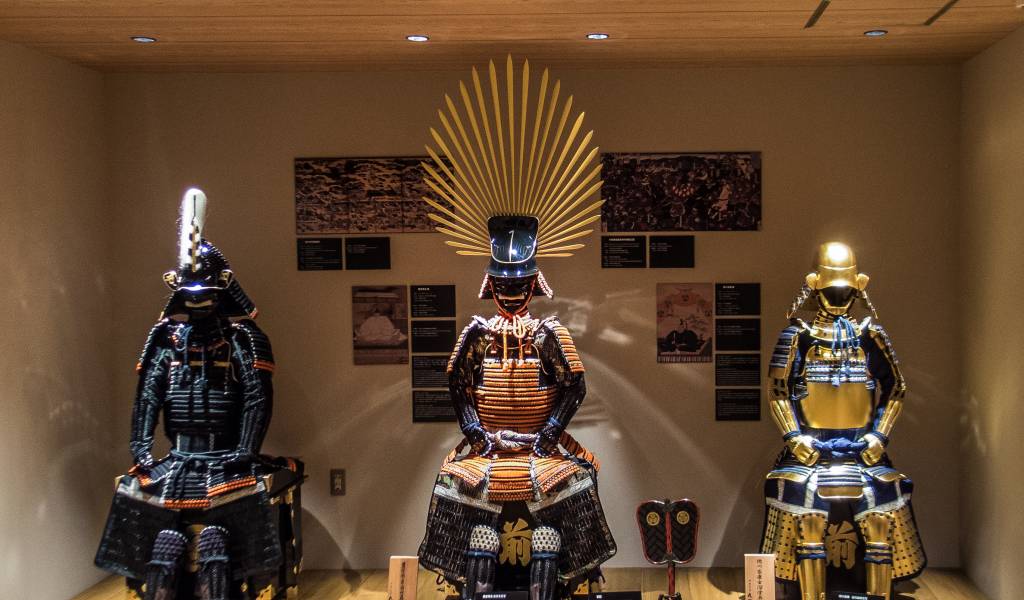 OK, so here are a couple of things I need to say about myself so you’ll have the context of what you’re about to read: (A) I’m a complete geek when it comes to things that have to do with Japanese martial arts. And, (B) I love the kind of small museums that Tokyo is full of—big museums are great of course, but small ones feel much more personal and allow for a better (and usually deeper) understanding of their subject.

After several decades of starvation in the only European country with no Japanese Studies department in any of its academic institutions, I haven’t yet gotten over the fact that I live in a country where there are literally thousands of places where you can see actual samurai armor and weapons, and I’ll gladly fuss over this katana blade or that kabuto helmet.

The Samurai Museum in Shinjuku’s Kabukicho area is certainly worth a visit. For starters, it’s good to keep in mind that this isn’t like the rather academic Sword Museum in Yoyogi, which is aimed at people who are even geekier than me. The Samurai Museum is for non-Japanese tourists who not armed with exhaustive samurai knowledge and would like to see and learn something more, but maybe not in the context of a huge museum like the National Museum in Ueno.

For history buffs, this museum makes a nice addition to an itinerary of Tokyo’s historical places, such as the Edo Tokyo Museum and the Sumida Hokusai Museum in Ryogoku, the old-town district of Yanaka, the kofun tomb at Maruyama, the impressive Meiji Jingu Shrine and of course the Imperial Palace.

What we call “samurai” today incorporates about 800 years stretching over very different social, political and even martial conditions: the aristocratic bushi of the early 12th century didn’t have much in common with the thousands of peasant conscripts of the 16th century, or the Edo-era bureacrats we know from the films of Akira Kurosawa. The Samurai Museum does a really good job of pointing out these differences.

Fun facts abound. I’m pretty sure that most visitors will be surprised to find out how important firearms were for the samurai who actually went to war (the Samurai Museum has some wonderful artefacts of that era). Or that the bow and arrow, rather than the sword, was the most important weapon, at least until the Tokugawa shoguns created a military state that remained (relatively) peaceful for over 250 years. Even though the actual number of exhibits isn’t that big, numbering around 70, it’s enough to illustrate some of the main points of the history of Japan’s fighting class.

Where is the Samurai Museum?

The Museum is in Kabukicho, Shinjuku. We realize that Kabukicho might, to first-time visitors, seem like a weird location for such an establishment. But Kabukicho isn’t that bad (and hey, it’s home to the Robot Restaurant so there’s more than one reason to go there). The Samurai Museum closes at 21:00, so, if you want to, you can be away from the area before the nightlife ramps up.

What’s at the Samurai Museum?

The Samurai Museum has two areas: the ground level with the gift shop, the reception desk and an array of yoroi sets of armor, mostly from the Muromachi (1336-1573) and Edo (1600-1868) periods; and the first floor (or “second floor” in Japanese) with six smaller areas (specializing in the Kamakura period; swords and other bladed weapons; kabuto helmets; yoroi armor; matchlock guns, and the passage to the modern era).

The museum creators have taken special care to make the rooms as traditionally Japanese as possible, with tatami mats, paper shoji screens, very atmospheric lighting, music, and so on. All of the staff speak English, and each exhibit is captioned in English, Chinese and Korean.

English-speaking staff: All staff are fluent.
Guided tours available: Yes, and these are highly recommended!
Demonstrations and workshops: Yes, including sword performances, photo sessions, lectures and calligraphy lessons. For schedules and prices, check the museum’s website.

Some (but not all!) of the exhibits in the bigger museums might be more worthy from a historian’s/collector’s perspective, but the presentation in the Samurai Museum is much more friendly to the casual visitor, especially those from abroad. Add a couple of extras like the free sword-drawing demonstrations held four times a day (at 14:00, 15:00, 16:00 and 17:00), the calligraphy lessons, some other workshops and lectures (see the museum’s schedule for the full offerings), professional photo sessions, and the (free!) chance to get your picture taken in helmet, armour and wielding a sword and you can see that it is certainly a fun way to spend a couple of hours!

How much does a ticket cost?

The ¥1,900 ticket is worth it, even though it’s maybe a little higher than for some other museums. If you order your ticket online, you’ll save ¥100.

This post was first published in 2012. It was last updated in November, 2019. While we strive for accuracy, prices and other details may differ.