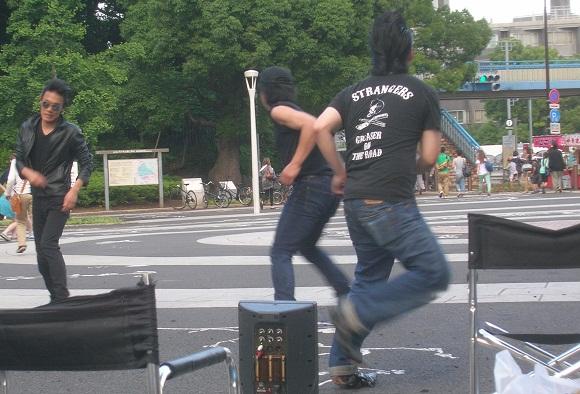 Where the Buskers Are: Music in Yoyogi Park

Early Sunday evening and the park is a combination of world’s fair, open air auditorium-slash-casting couch, tourist nexus, campground, and cabinet of zoological curiosities. Past the vision of the myriad Elvises at the Harajuku Gate entrance, everything is on show—purple roses, a platoon of corgis, a squirrel in a onesie, twin flautists at a picnic table, a didgeridoo player. 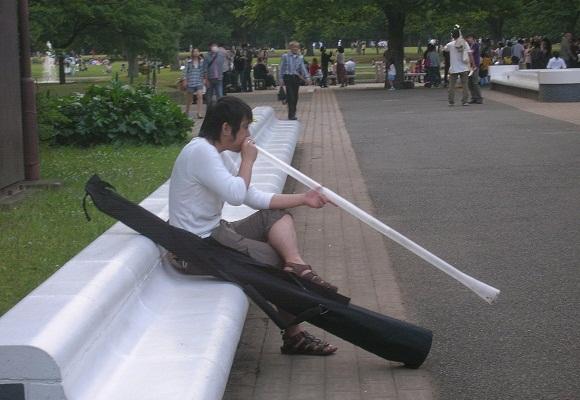 Halfway into the park, I come to the fountain pond where a crowd of people has gathered and is dancing to salsa music. Snapping turtles ignore the proceedings. 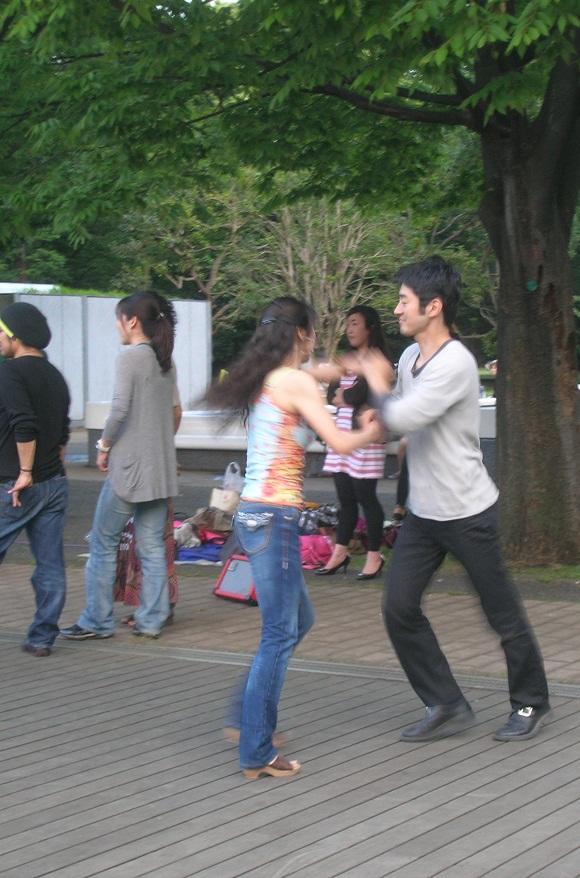 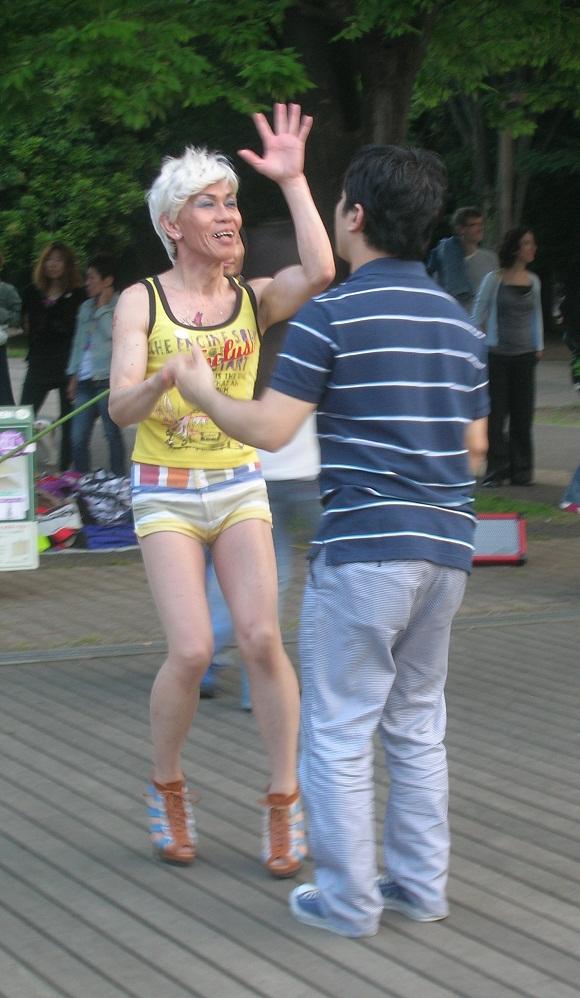 I try to take a picture of the girl with hennaed dreadlocks but it comes out blurry. Same with the little girl salsaing with her mother, and the dance troupe rehearsing on Shibuya bridge doesn’t even want to hear about a photo. It’s just as well. The principal dancer waves his hands politely—“no”—and then sets his legs pinwheeling around his head. A young Guinean from the drum circle is disappointed when I’m not, alas, a French girl after all, and wanders through Shibuya Gate and across the bridge to purchase a beer at one of the stands lining Keyaki-Namiki, the pedestrian-only road on the far side. Refreshments (yakitori, ramune, kakigori) are more expensive than the spectacle, so it’s advisable to bring your own. All along Keyaki-Namiki, which runs by NHK Hall and re-emerges into Tokyo at the intersection of three roads, the Eco Life Fair 2012 is dismantling its tents. On ordinary weekends, this is also a prime location to catch various performances. 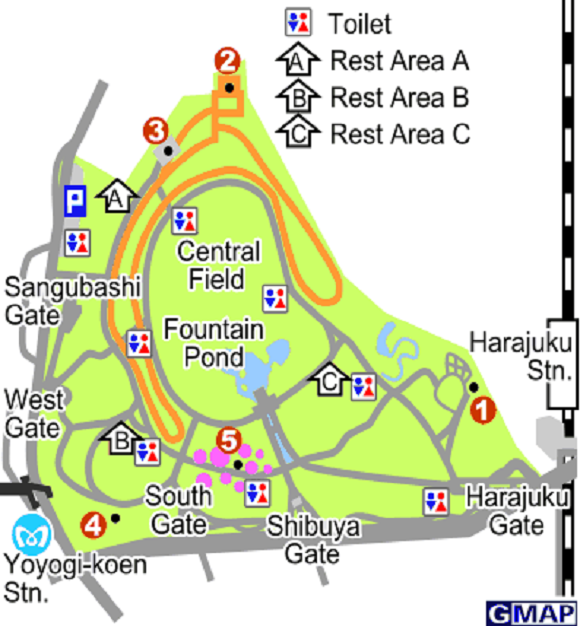 Yoyogi koen is a thing entrenched—expansively keepings its cool between the densities of Shibuya and Harajuku. But on the way home, I am reminded that the city will always yield its free surprises at the right time and place. At Fuchu station I stop to watch Isomichi Kazuhisa perform the last three songs of his set as he does monthly in various stations around Tokyo (one of his performances at Nakano station is available on YouTube). Most people only look askance over their shoulder, but a handful have stopped to listen; the moon’s out.

Tips: Be patient. Walk around. Ask before you shoot. Bring blankets, food and drink, companions, recreational materials of your choice.

Open with Maps
Written by: Mine Serizawa
Filed under: Music and Nightlife | Outdoors and Nature
Tags:
Sharing
Questions or comments about this article?
Start a thread on our community forum
Ask our local experts about Tokyo