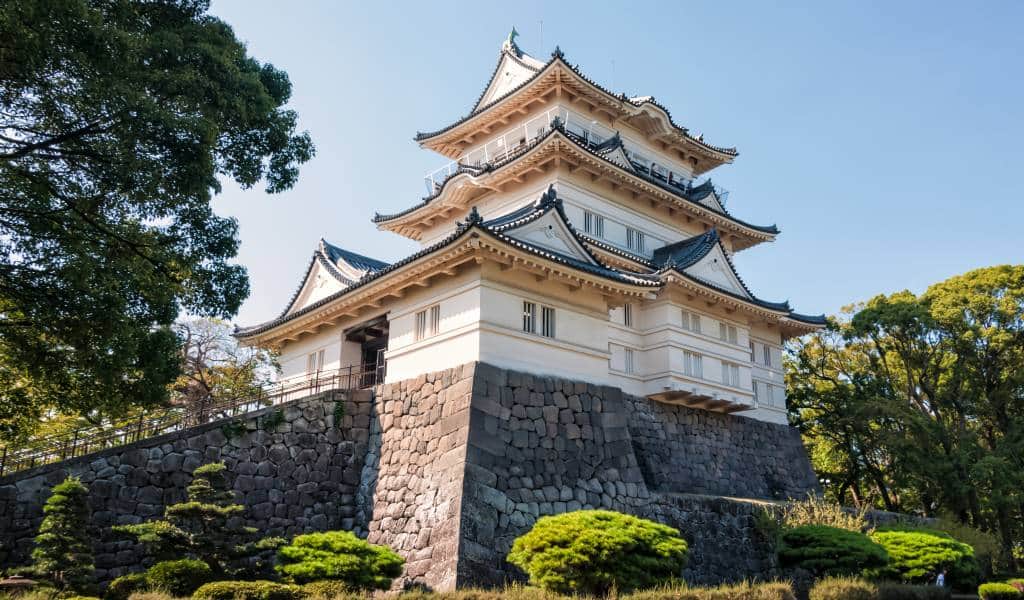 Bullet trains are part of the Japanese experience, but if you haven’t got a JR Pass and just want a quick trip from Tokyo, you can always visit one of these popular spots!

Traveling at the speed of light (kind of) is pretty fun, and with a touch of the future, the shinkansen is often on the to-do lists for visitors. They aren’t cheap though, and without the option of early-bird tickets or advance savings that many other countries have, that futuristic luxury definitely comes at a price. If you’re lucky enough to have a JR Pass, then this won’t matter, you can buzz all around Japan like it’s nothing, but if you don’t have one, the old night bus and local trains start to seem like the better option. Despite being created to travel long distances, however, you can still get the bullet-train experience on shorter journeys that don’t cost the earth! Choose from affordable day trips, or head out for a weekend away. We’ve picked out the 5 best shorter bullet train trips from Tokyo that won’t break the bank, starting from just 35 minutes away!

Most famous for the Odawara Castle, this city is a transport hub with links direct to Hakone and beyond. The castle was built in the 15th century, and although it is not the original, it has been faithfully restored using drawings from the Edo period. The closest castle keep to Tokyo, it’s a great chance to see interesting displays and beautiful views across the city, as well as having lovely cherry blossoms in spring. Food-wise you can head to Odawara Fishing Port to see the local wholesalers and stalls, and enjoy fresh donburi at Odawara Fish Market Den where the owner prepares over 20 different types of rice bowl topped with fish. Tsujimura Botanical Park holds a collection of trees and plants from across the world and makes for a lovely afternoon walk.

Go further: Known as the gateway to Hakone, you can get from Odawara to Hakone-Yumoto on the Odakyu Tozan line (15 minutes) and enjoy the traditional onsen town with its hiking spots, ropeways,  pirate ships and more!

On the northeastern base of the Izu Peninsula, Atami is a medium-sized onsen town with a fake castle, incredible views across Sagami Bay and a sex museum. Peaked your interest? Read on.

Atami is a slightly faded onsen resort once popular with Tokyoites, but holds enough unusual charm to draw in visitors. The ‘castle’ is 100m above sea level and was built in 1959 as a tourist attraction, now featuring displays about the castles of Japan. The castle may be fake, but the views are real, and they’re stunning. There are a number of odd museums around the castle, including a trick art museum, and an explicit ukiyo-e exhibition in the basement. If you would like some more normal art, you can visit the MOA Museum of Art with a combination of Eastern and Western Art including pieces from Ogata Korin, Monet and Rembrandt and a golden tea set from the 16th century.

The town has a ropeway which takes you up to the viewpoints as well as the ‘Treasure House’ aka sex museum, which is worth a trip in itself.

To wash off the slightly weird sex vibes you can head to the main attraction of Atami: the onsen. With plenty to choose from in hotels and ryokan alike, you can enjoy the high-salt-content water as it is drawn from the sea.

Filled with plenty of shrines and temples, Sendai is an ancient city with plenty of sightseeing spots based around the city’s founder: Date Masamune. The Sendai City Museum gives a solid history of his leadership and legacy as does the Sendai Castle. For some cultural trips, visit the stunning Osaki Hachimangu, one of the most beautiful shrines going, and the Rinnoji Temple is worth a visit too (photo above).

Known as the city of trees, you can stroll down the Jozenji-dori Avenue, which is lined (fittingly) with trees and is filled with cute cafes and shops to enjoy, as well as the acclaimed modern architecture of the Sendai Mediatheque building. If you’re able to spend an evening in the city, you can enjoy the lively entertainment district of Kokubuncho with all its bars and slightly seedy joints to explore.

Food specialties of Sendai include grilled beef tongue, aka gyutan, which is a must-try for meat eaters, and is sold at over 100 restaurants in the city. For fresh produce and treats you can visit the Asaichi Market, nicknamed Sendai’s Kitchen, which is only a few minutes’ walk from the West Exit of the station. The city has a Loople Bus which lets you hop on and off across the city at all the main sites, and can be used with the all-day pass.

Go further:  Nearby are two of Japan’s most famous animal spots: Cat Island and Fox Village. For the former, you can travel to Tashirojima by catching the local train to Ishinomaki and then the ferry across to the Island. For the Fox Village, hop off at Shiroishzao Station on your bullet train trip and get a taxi or bus (rare) to the village in the mountains! You can also head to Matsushima, which is only an hour from the city and has one of the three most scenic views in Japan.

Niigata is an adventurer’s dream of Japan, with ski resorts, onsen, and the smallest mountain range in Japan nearby—not to mention it’s the home of sake, so there’s plenty to do here! Niigata City is home to Hakusan Park and Shrine (above), which is famed for its cherry blossoms as well as plenty of historical buildings well worth exploring. Right in the center of the city is one of the prefecture’s largest lagoons—Toyonagata—which makes for relaxing walks or bike rides of an afternoon.

The museums and galleries could keep you occupied for weeks, with plenty of local artists and potters remembered through extensive collections. You can visit some of the many popular onsen resorts nearby on the local steam train SL Ban’etsu Monogatari and enjoy a relaxing soak in nature. For safety at sea make sure you pay a visit to the Minato Inari Shrine, where sailors and their families have prayed since the Edo period.

Go further: For a little adventure, you can travel to Sado Island, a land of political exile, cedar forests and gold mining. You can enjoy plenty of unique cultural experiences like a ride in the taraibune (barrel-like boats used for negotiating tricky shorelines) and traditional dance. You can catch a ferry to Sado from Niigata throughout the year.

Once Japan’s second largest city (after Kyoto), Kanazawa was protected from most air raids in the Second World War and is therefore one of the best-preserved cities you can visit in Japan. Nicknamed Little Kyoto, it is home to a wealth of arts and craft traditions as well as stunning buildings, shrines and temples. Originally a castle town,  it remains an important trade hub and is the capital of Ishikawa prefecture. Possibly the most famous sightseeing spot is Kenrokuen Garden: one of the three most beautiful sculptured gardens in all of Japan. For an unusual temple trip you can visit Myoruji, aka Ninjadera, a temple fitted with numerous traps and tricks to outwit the enemies of the past as it was really a disguised military outpost. There are a variety of well-preserved districts in the town including a samurai district and three teahouse districts once filled with performing geisha (pictured above). There is a busy market near the station called Omicho Market which is a great spot for street food and sweets as well as the castle which is currently being reconstructed.

Go Further:  Not too far from Kanazawa lies Shirakawago, the incredibly scenic mountainous region filled with snow-proof thatched houses, untouched by modernity. You can catch an (almost) hourly bus from Kanazawa which takes 75 minutes and costs 1,850 yen, or a return for 3,290 yen.

Written by: Lily Crossley-Baxter
Lily's Tokyo favorites are: Shirohige Cream Puff Factory, Anata No Warehouse, Todoroki Valley
Filed under: Getting around | Things to do
Tags:
Sharing
Questions or comments about this article?
Start a thread on our community forum
Ask our local experts about Tokyo