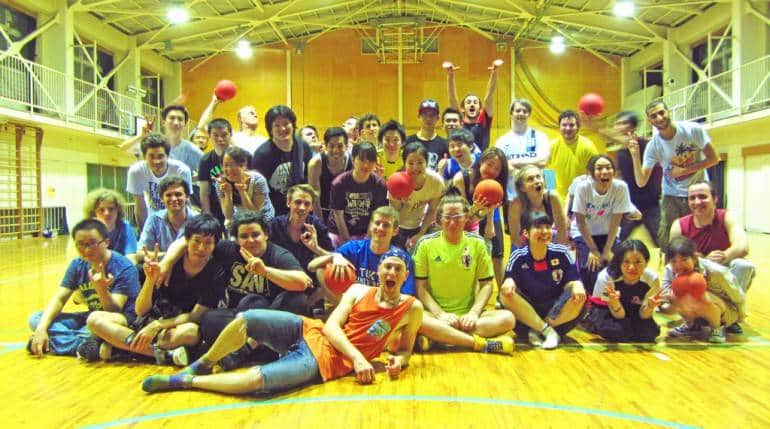 Ever want to throw something at someone? It’s not an unusual feeling in Tokyo. But only having to pay 500 yen to do it is.

Welcome to the Tokyo Dodgeball Friendship Club, the best pairing of sadomasochism and drinking since Kabukicho, but with fewer rug burns. Like a Fight Club of fun, stepping into one of their weekly games is like stepping back in time to junior high, only if everyone else was just as awkward as you were. 80s music blasts from speakers as an even mix of foreigners and Japanese take turns throwing, dodging, and catching their way to two hours of glory in a sweaty school gymnasium.

Afterwards everyone heads to a nearby bar to mingle and recount their oh-so-close catches and acrobatic dodges. And trust me, nothing could be more Japanese than making friends by hitting each other in the nuts, followed by kanpai!s (cheers!) over beers an hour later (a custom I was surprised to learn actually started during the Edo period). 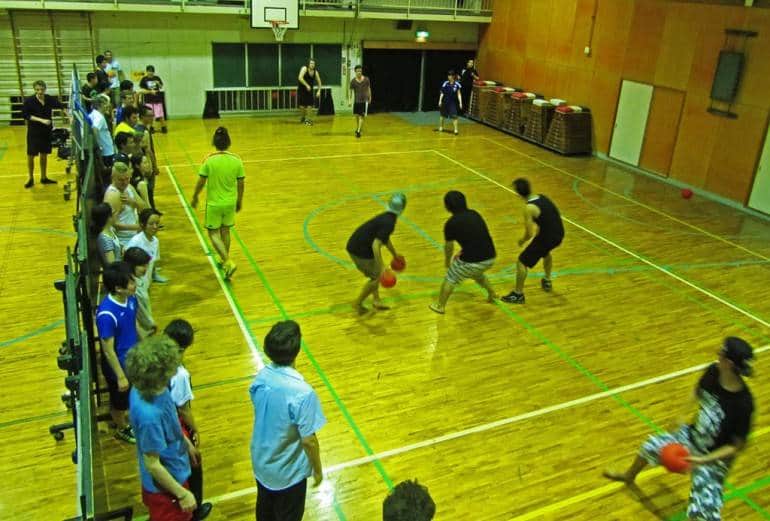 The Tokyo Dodgeball Friendship Club’s focus is on fun, so games use seven balls (insert your own joke here) to keep the action flowing and headshots are a strict no-no … this is Japan after all. There’s something about the shared experience of dodging multiple balls that brings people together, as players often find they want their teammates to succeed just as much as themselves. There’s nothing like seeing someone make their first catch while the whole team cheers on.

Games are held weekly at school gyms across Shinjuku ward (usually Monday nights) and are open to anyone – foreigners and Japanese, tourists and locals, nerds and athletes alike. Players only need to bring indoor shoes and a fun-loving attitude (short shorts optional).

At 500 yen for two hours of play (unheard of in Tokyo, where ping pong often costs that much per half-hour) you’re probably looking at less than 100 yen per new friend! But in true cheapo fashion there are even ways around this fee. For example, if you bring a friend who’s never played before, you play for free. The league is also liberal in handing out “free game” cards, and while you can’t use them on yourself (duh) you can give them to your friend and voila – you both play the next game for free.

The group is still fairly new and growing, but eventually they plan on parlaying the sport into charity work and community involvement. Not bad for a bunch of gym class rejects.

Written by: Will
Filed under: Lifestyle | Sporting Activities
Tags:
Sharing
Questions or comments about this article?
Start a thread on our community forum
Ask our local experts about Tokyo