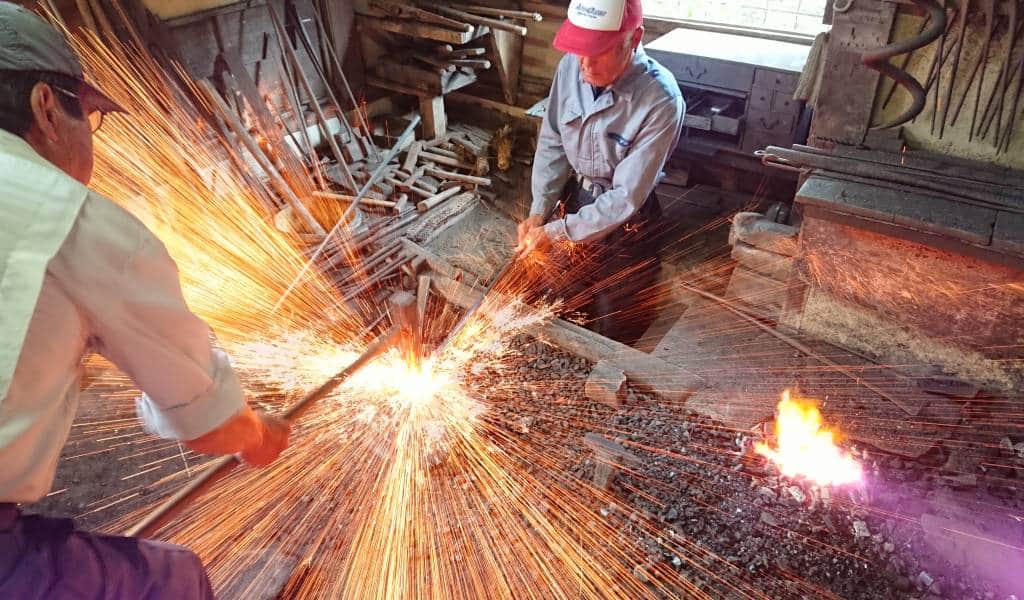 Lake Biwa is the biggest freshwater lake in Japan, and Nagahama is an historical city on its northeastern shore. If tradition, culture and sustainability are important aspects of travel for you, then you’ll definitely want to explore this lesser-known part of Shiga Prefecture, in the Kansai region.

There are plenty of interesting things to do in Nagahama, but the following three activities should be at the top of your list. Each one is focused on local communities and the traditions and culture they hope to carry forward.

At the end of the Middle Ages, Nagahama flourished as a castle town, mainly in the fields of blacksmithing and weaving. All of the activities introduced here are offered by the last-remaining Nagahama traditionkeepers in existence. Supporting them will aid in the preservation of local traditions and suppliers, which is a sustainable goal.

1. Get a feel for Nagahama’s unique kimono craftsmanship and culture

Here’s a pop quiz for you: how long has velvet been produced in Japan? The answer: approximately 400 years. Originally brought in from Portugal, velvet has been manufactured here since the Edo period.

Nagahama got in on the velvet trade over a century ago, coming to specialize in a technique that was popular among the aristocracy of medieval Europe. Known as wana velvet, the material made in Nagahama is highly regarded around the world—and with good reason: it’s exquisite. Kimono made from wana velvet are out of this world.

On this special tour, you can learn all about wana velvet at the Taketsune factory, which has been weaving the fabric using traditional methods since 1919. You’ll be shown around the factory and experience first-hand the passion that imbues its products, learning about the history of wana velvet (fun fact—it was worn by the ruler Oda Nobunaga) and seeing some of the finished pieces.

As part of the tour, you’ll take home a handmade, 100%-silk wana velvet mask, and you’ll also get to experience a small part of the kimono-making process.

During the Edo era, post towns, or post stations, were important stop-off points for travelers along major routes in Japan. In Nagahama, Kinomoto was one of them—and it hasn’t changed much. Here, you’ll find family businesses that have been handed down from one generation to the next, including sake breweries and soy sauce factories.

You can walk around Kinomoto and see its lovely old houses, stopping in at the famous Tomita Shuzo sake brewery (among the 10 oldest sake breweries in the country), as well as a home that has been making traditional soy sauce called “daikou shouyu” for over 150 years.

The tour also includes a visit to the large Buddhist temple in town, Jizo-in, plus a small bakery where you can try “sarada-pan”: bread with Japanese pickles inside. You’ll be able to pop into charming little shops and cafes, too.

3. Try your hand at blacksmithing and make your own paperknife

Kajiya-cho is another part of Nagahama that we’d like to steer you towards—this place is famous for its blacksmithing. Believed to date back to the Heian period (from 794 to 1185), Kajiya-cho’s blacksmith industry built a name for itself making armor and spears. The latter were called “kusano spears”, and were used for combat.

Later, in the Meiji era, the industry shifted to field blacksmiths who focused on farm tools. At one point, there were nearly 100 blacksmiths operating in the town, but during the Showa era (between 1926 and 1989), they were shut down, leaving just one blacksmith hut standing today. Known as the Manyo Blacksmith Hut, it is designated as a tangible folk cultural property.

On this tour, you can visit the Manyo Blacksmith Hut and experience Kajiya-cho’s traditional blacksmithing for yourself. Under the guidance of a skilled local craftsman, who will fill you in on the history of his trade, you can make your own paperknife (yes, they are functional). You’ll enjoy refreshments at an old Japanese house, and if you like, you can explore the town with a guide, as an add-on.