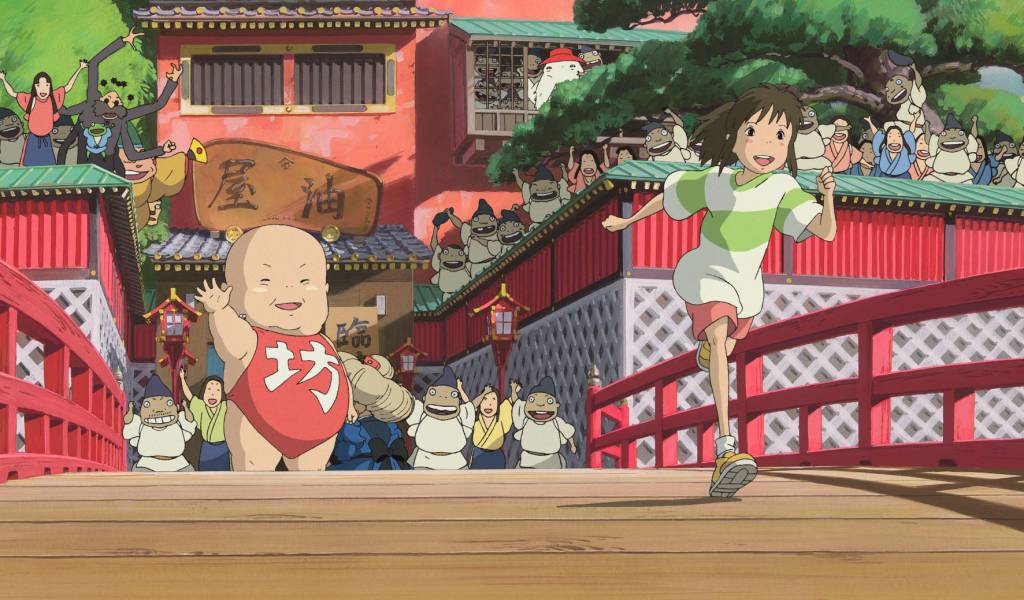 The world’s first Ghibli theme park is set to open near Nagoya on November 1st, 2022. And yes, we’re just as excited as you are!

In harmony with Aichi Expo Park inside which it’s located, Ghibli Park is inspired by the fantasy-filled scenes of Studio Ghibli films, including; Laputa Castle in the Sky (1986), My Neighbor Totoro (1988), and Academy Award winning Spirited Away (2001).

According to the Aichi Prefectural Government and Studio Ghibli, the park will be divided into 5 different areas; Hill of Youth, Ghibli’s Grand Warehouse, Dondoko Forest, Mononoke Village, and Valley of Witches. These new Ghibli spots interspersed in an existing nature park make for a highly anticipated attraction for fans and non-fans alike (if non-fans do exist that is).

As Ghibli Park is still undergoing preparations and construction, some things are yet to be announced, including when ticket sales will be open to international visitors. However, we’ve been doing some digging, and we can tell you what we know so far, including what to expect, what you’ll see, and how to get there.

A place to ‘play with the wind’

More often than not, the thought of an amusement or theme park conjures up images of rollercoasters, merry-go-rounds, and excited screaming kids (little kids and us, adult kids too). The aptly named Ghibli Park though, is in fact a park, surrounded by a forest. There are no big attractions or crazy rides.

Instead, the intent is simple; for everyone, especially children, to enjoy nature and the creative universe of Ghibli. That’s not to say there won’t be screaming kids, but we’re hoping that the park will fill us with a deeper sense of awe and imagination, as so many of Studio Ghibli’s films have done.

Released by the Aichi Tourism Bureau, Ghibli Park’s cinematic trailer is titled ‘Play with the Wind’, however, the Japanese title「風になって遊ぼう」literally means ‘Play as the Wind’. This is beautifully captured in the video, where a girl finds a feather that is whisked away by the wind, and she follows it through the forest and countryside, all the way into Satsuki and Mei’s home located in the park.

As you fly through the natural landscapes, you feel like you could be the river spirit Haku from Spirited Away, when he soars through the sky in dragon form. And that’s part of the impetus – Ghibli Park is a place where you can break through the fourth wall and play along with the wind, too.

5 locations straight out of Ghibli movies

At the Hill of Youth, there is an elevator tower which acts as one of the entrances to the park, and is already available to ride for free. It features a gold-rimmed clock, elegant elevator buttons and lights that will be illuminated during the grand opening. The building itself was already part of Aichi Expo Park, but was renovated with 19th century science fiction elements, as inspired by the classic film Laputa Castle in the Sky (1986).

Further into the park, there’s a miniature Cat Bureau from The Cat Returns (2002) and a two-storey building (plus basement) where you’ll find the World Emporium antique store from Whisper of the Heart (1995). The semi-circular path leading to the building is based on the movie setting which features a phone box and bulletin board.

A place housing Ghibli’s secrets… using the empty space where there used to be an indoor pool, the Grand Warehouse contains 5 exhibition rooms, children’s play area, café and shops. Not to mention, it also has a cinema with 170 seats. The large building is sheltered from the elements so that visitors can keep playing come rain or shine.

There will be a number of displays designed to make you feel like you’re right there in iconic scenes – including one where you can sit next to No-Face or Kaonashi, as protagonist Chihiro, on the strange train that crosses the ocean in Spirited Away.

In other displays, castle ruins and a life-sized boat will take you to Laputa Castle in the Sky, while a plant-filled garden will transport you to The Secret World of Arrietty (2010).

Spread across 1.8 hectares with Showa era nostalgia and rural landscapes, this area is based on My Neighbor Totoro (1988). In the movie, there’s a scene where Totoro, Satsuki and Mei dance together so that the seeds they planted quickly grow into sprouts. According to Studio Ghibli, this ‘Dondoko dance’ is the reason behind the name ‘Dondoko Forest’.

One of the key spots here is Satsuki and Mei’s house, which is already a part of Aichi Expo Park but has been renovated for Ghibli Park’s opening.

At the top of the hill behind the house, there is a hollow wooden Totoro statue ‘Dondoko-do’ with a mischievous smile. Standing at a little over 16 feet (5 meters), only kids can enter – in fact, it can apparently fit just about 6 little school kids (I wonder if they’ve trialled that…)

So that the fields in Aichi Expo Park can take center stage, this area is based on the film Princess Mononoke (1997), which has strong themes surrounding nature and wildlife.

If you’ve seen the movie, you’ll likely recall the striking scenes where village workers in the tatara jyō sing as they undertake the laborious work of tatara, which is an iron-making method from the Heian period. It involves firing iron sand with charcoal, by sending air into the furnace with contraptions such as foot bellows, which is depicted in the film.

There are design plans for a tatara jyō-inspired building as well as artwork of Okkoto Nushi, the old boar god, and the Tatari-gami demon.

The two Ghibli films which have magic and witchcraft as their central theme; Howl’s Moving Castle (2004) and Kiki’s Delivery Service (2017), come together in the suitably named Valley of Witches. The design plans include a play area and buildings such as Howl’s castle and Kiki’s house.

Admission, how to get tickets and opening hours

Ghibli’s Grand Warehouse, Hill of Youth and Dondoko Forest will be open from Nov 1st 2022, while Mononoke Village and Valley of Witches won’t be open until sometime in 2023, with further details to be released.

With the hope that park-goers can take some time to appreciate the unique areas, there will be a separate ticket required for each of the 5 locations. However, the pricing is quite reasonable compared to most other large theme parks.

*During weekends and public holidays, the warehouse is 2500 yen for adults and 1250 yen for children.
**Tickets are half price for those living with a disability.

Ticketing will be via Boo-Woo Tickets with sales scheduled to start from August 2022. However, the website is currently only available in Japanese, and it is likely that ticket sales will first be open to residents in Japan before international visitors. Further details on reservation and sale times will be announced by the Aichi Government.

In order for as many children as possible to visit the park and appreciate ‘nature’s wisdom’, there will be separate admission for school children to enter areas like Ghibli’s Grand Warehouse and Dondoko Forest. There are also plans for additional days to be reserved for locals, outside of general entry.

Ghibli Park is located within Aichi Earth Expo Memorial Park (Moricoro Park) in Nagakute, Aichi Prefecture, which is about a 3 hour trip from Tokyo by public transport.

You can jump on a shinkansen toward Nagoya, transfer to a local train at Nagoya Station, and finally ride the Linimo where you can get off at the stop ‘Aichi Earth Expo Memorial Park’.

If you are thinking of driving, keep in mind that there isn’t dedicated car parking at Ghibli Park.

What to do while you wait

There’s still a bit of time before Ghibli Park’s grand opening on November 1st 2022. While you’re waiting to visit, you could explore Tokyo’s Ghibli gems (including the Ghibli Museum), look out for updates on Studio Ghibli’s official Twitter account, and spruce up your Ghibli knowledge by watching (and re-watching) their wonderful movies.

Studio Ghibli films are available on Netflix in nearly every country except for the US, Canada and Japan. If you’re in the US, you can watch most of the Ghibli collection on HBO Max. If you’re in Japan, there aren’t actually any (legal) streaming options, but you can rent Ghibli movies from TSUTAYA Discas, or purchase them digitally or on Blu-ray.

Here’s a line-up of Ghibli films to watch so that you’re ready for the full experience at Ghibli Park:

Ghibli Park
Adults from ¥1000, children from ¥500
1533-1 Ibaragabasama, Nagakute, Aichi
Official Website
Written by: Emma Araki
Filed under: Themeparks and Zoos
Tags:
Sharing
Questions or comments about this article?
Start a thread on our community forum
Ask our local experts about Tokyo