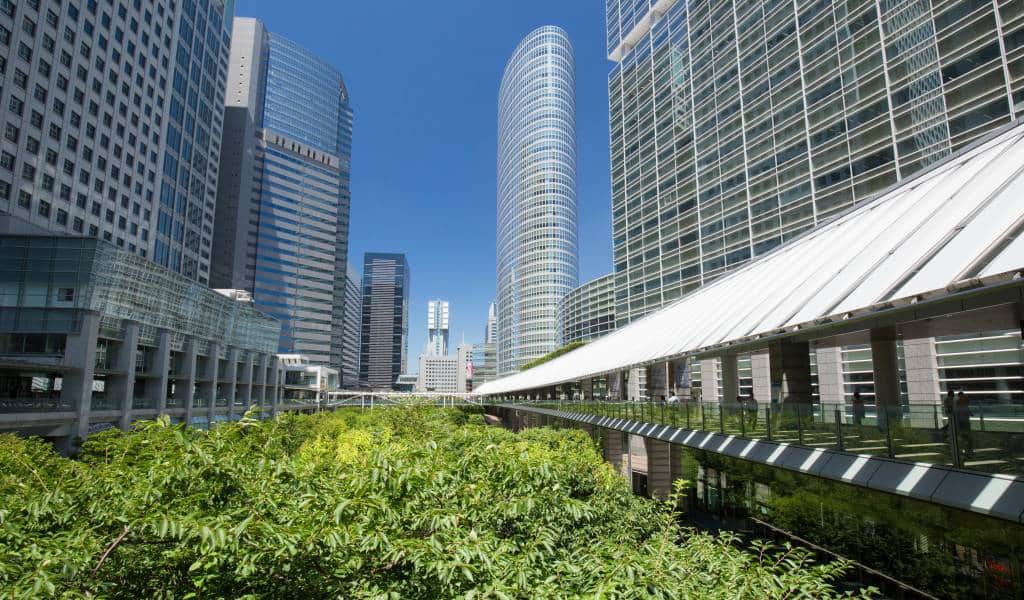 10 Things to Do in Secretly Awesome Shinagawa

Shinagawa is famous for the immigration office of nightmares, the ridiculous number of hotels and not much else. But there’s actually plenty to do! From obscure museums to aquariums, shrines and more, here are our top 10 recommendations of things to do in Shinagawa.

1. Get technical at the Nikon Museum

If you love all things Nikon (or just camera and tech in general), a stroll around the free Nikon Museum is a great chance to see their tech through the ages. There are plenty of hands-on sections in the exhibition space including the Lens Laboratory and the Universe of Nikon, which allows you to control a view of the planet from outer space. The theater screens a short film about the development of the company’s technology to celebrate 100 years of Nikon. The museum shows not only the more familiar cameras you will recognize, but also their work in medical and space technology.

2. Have a family day out (or date) at the aquarium and Kumin Park

Everyone loves an aquarium, and Shinagawa is home to one of the most popular local ones (always on TV dramas for dates) and makes a perfect rainy day escape. There’s the World of Jellyfish, a Shark Hall, a Seal House and a Tokyo Bay River area, as well as your usual aquarium sights. There are a series of shows that take place throughout certain days including feedings, talks and tours. Check the event page to see what’s on when you visit.

The aquarium is actually located within Kumin Park, which is especially great for families. There are two swimming pools, a shop, picnic spots, tennis and baseball areas as well as great natural areas to explore with a variety of natural and landscaped areas.

3. Get dark at the Suzugamori Execution Grounds

The Suzugamori Execution Grounds is one of the many sites used by the Tokugawa Shogunate in the Edo period to execute criminals, Christians and conspirators. It is believed around 200,000 people were killed here. Methods included burning, boiling, crucifixion and some were hung upside down to drown as the tides rose.

There is a memorial, along with remnants that include a well, a burning post and a stone base for erecting the crucifixion pillars. You can also see the bridge of tears where families and loved ones would say goodbye to the condemned. This is a unique stop-off if you visit the aquarium, but are also interested in dark tourism in Tokyo, but not really a conventional spot for a family trip, or a first date for that matter.

4. Take a breather at Rinshi no Mori Park

This popular park was once the Meguro Experimental Nursery started in 1900, and thus has a wide variety of beautiful trees, as well as splash ponds, playgrounds and quiet spots. The looming forests were developed to find out which trees could grow successfully in Tokyo’s streets, and some are as tall as 35 m, creating a shady and cool summer escape.

Due to the mature growth of the forest, there are 17 species of wild birds including the smallest Japanese woodpecker and the bamboo partridge. There are also plenty of insects living happily here, so it’s perfect for avid birdwatchers or bug-crazy kids.

There is a small campsite if you want to escape the city for more than a day, but it is only open from the start of May to the end of October.

6. Unwrap the mysteries of packaging at The Museum of Package Culture

Ever even vaguely wondered about what goes into the complex packaging to protect your latest purchase? If the answer is yes, then there is a museum for you. From boxes to cans to plastic packaging, every question you never had is answered, and more. The museum is modern and has great displays but little English. The Museum of Package Culture definitely gets a spot on the unusual museums list, but with free entry and information you wouldn’t get elsewhere, who can complain?

The Museum of Package Culture

7. Visit the 47 Ronin at Sengakuji Temple

Following a failed attack on Lord Kira Hozukenosuke by Lord Asano Takuminokami in 1701, Asano was sentenced to commit seppuku and his family removed from power. His now masterless samurai sought revenge and eventually killed Lord Kita in his mansion the following year, taking his head to the temple of Sengakuji. Rather than being executed, they were allowed to commit seppuku and to be buried with their master at the temple. The story was popularized in a Kabuki play during the Edo period and is now one of the most well known in Japan.

The graves of the famous 47 ronin samurai and their master are visited with offerings of incense on a regular basis. There are also two annual festivals celebrating the loyal retainers, one on the date of the incident—December 14th—and another in early April. There is a solemn procession of participants dressed as samurai, as well as plenty of incense burning and food stalls.

8. Explore design at the Archi-Depot Museum

A relatively new site, Archi-Depot opened in June 2016 and is the only Japanese museum specialized in archiving and displaying architectural models. The specially designed warehouse space has models of Tokyo’s famous landmarks and a high-tech information system using QR codes. You simply scan the code nearby and are shown further works by the designer, sketches and photographs. As contemporary Japanese architecture is world-renowned, it is a great chance to see some of the innovative design and techniques in use both here and abroad.

9. Get your shrine fix at Shinagawa and Ebara Shrines

Perched on top of a small hill, Shinagawa Shrine is one of the Ten Shrines of Tokyo and was designated as a place of worship for the country’s prosperity by Emperor Meiji. It is fairly regular as shrines go, but has unusual dragon carvings on the main tori gate. It has a small Mt. Fuji replica and it is believed that prior to his victory at Sekigahara, Ieyasu Tokugawa prayed here.

In September the Shinagawa Shukuba festival takes place, with a Mikoshi being carried from the shrine, through the streets and back along with a parade of oiran in the evening. It is believed that a small font in the Shrine can be used for washing money, similar to the practices in Kamakura.

Only 5 minutes away, Ebara Shrine was founded in 709 and has a famous festival involving mikoshi being carried through water during June. More ornate than Shinagawa Shrine, the carvings are detailed and it certainly looks stunning.

So, for the more traditional afternoon you can wander around the Shinagawa Historical Museum for all things Shinagawa. The museum depicts some of the early prosperous times of the locality as the first post station on the Tokaido Road as well as housing some of the prehistoric archealogical finds from the middens of the nearby Omori Shell Mounds. There is also a full traditional house inside the museum.

6 Chome-11-1 Ōi, Shinagawa City, Tokyo 140-0014, Japan
03-3777-4060
9 am to 5 pm | Closed on Mondays and public holidays
Read more
Written by: Lily Crossley-Baxter
Lily's Tokyo favorites are: Shirohige Cream Puff Factory, Anata No Warehouse, Todoroki Valley
Filed under: Things to do
Tags:
Sharing
Questions or comments about this article?
Start a thread on our community forum
Ask our local experts about Tokyo