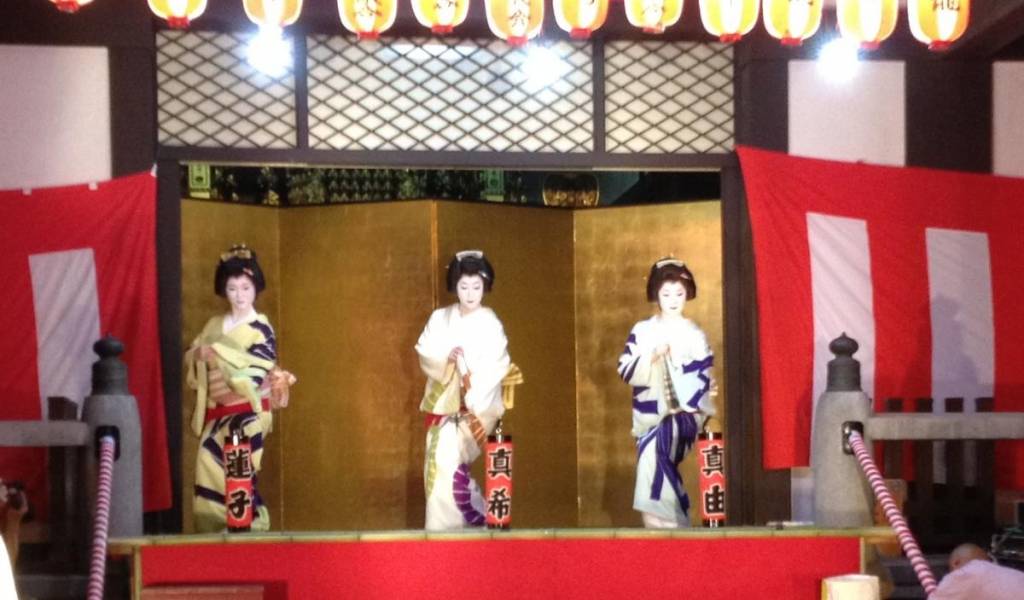 The summer festivals keep coming thick and fast.  There’s a lot to choose from at the moment so there’s absolutely no excuse to stay cocooned in your apartment under the air conditioner.

This Saturday, the 28th of July sees the 40th Shinjuku Eisa Festival. Eisa is a traditional dance originating in the Okinawan islands.  The traditional costumes, dancing and drumming are quite different to what you’re likely to see in other festivals in Japan. The organisers are only expecting about 1 million people to turn up to watch!  Mind you, this is Shinjuku so you probably won’t notice the difference.

The event runs from 1pm until 9pm.  They don’t have an official web site, but they have an official facebook page.  It’s in Japanese, but if that’s a problem try your luck with the little ‘see translation’ link.

For more of a local Edo matsuri fix with yatai (outdoor festival food), lanterns, crowds and dancing, the 41st Kagurazaka Matsuri in this lovely Tokyo neighbourhood on Friday from about 6pm until late and the same again on Saturday. The festival will take place on Kagurazaka Dori (the main shopping street in Kagurazaka) and will include Awa Odori dancing.

The event square at Yoyogi Park will have a Southern and Southeast Asian flavour this weekend with the Nepal Festival joined by the Thai, Myanmar and Cambodia Festival.  There will be food and various performances all day on both Saturday and Sunday.

Lastly, a reminder about the Tokyo Garden Party (Cheapo version) at Midtown this evening (Thursday, July 26th).  The weather is going to be lovely and hot so grab a beer or a wine from the supermarket and join us on the terrace.