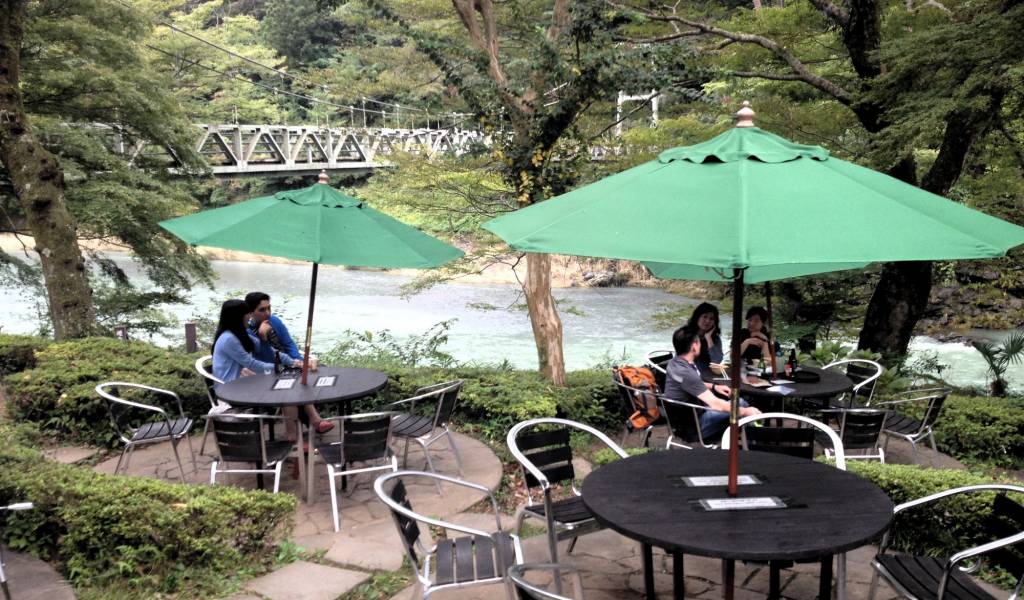 Sawanoi: Free Sake Tour and Tasting in an Idyllic Setting

One of the requirements of nihonshu (you might know it as sake—which just means ‘alcohol’ in Japanese) is pristine water. While that’s in short supply in central Tokyo, just 90 minutes to the west, nestled next to the wild upper reaches of the Tama River between towering mountains, is a sake brewery that has been turning the crystal clear water into nihonshu for over 200 years.

Sawanoi is one of at least nine such traditional nihonshu producers in Tokyo Prefecture. As with Sawanoi, most are in the less-populated western part of the prefecture. To get to Sawanoi, you need to catch a train from central Tokyo on the JR Chuo Line and change to the Ome Line at Ome. After Ome, it’s another 6 stations to Sawai. From Shinjuku the trip costs 918 yen and takes about 1 hour and 25 minutes. Only a few Chuo Line trains go straight to Ome, so you may need to change at Tachikawa.

If a three-hour round trip sounds like a lot of time to spend for a trip to a sake brewery, there are plenty of other things nearby to keep you entertained. The brewery is within walking distance of the Mt. Mitake cable car, so it makes a good start or end to a hiking trip. Given you’ll be drinking booze, timing the trip to Sawanoi at the end of your outing would make more sense!

There are guided tours of the factory followed by a free tasting of the final product at 11am, 1pm, 2pm and 3pm each day. It’s free to take the tour, but participation is by reservation only, so you’ll need to call (or get a Japanese friend to call for you) to assure your place. At the start of the tour, you’ll be given an English pamphlet explaining the process of making nihonshu. The tour itself though, is conducted entirely in Japanese. Even if you can’t follow everything, the tour should still be interesting. The oldest of the buildings dates back to at least 1702. You can also view the original spring from which Sawanoi’s product is produced.

In addition to the tour, the neighboring Sawanoi-en (Sawanoi Garden) is a stunning location in which to take a rest and enjoy some of Sawanoi’s products. The garden doesn’t take reservations so you just have to grab a table. The food (local tofu, konnyaku, fish and noodles) is relatively cheap and can be ordered from a push-button ticket machine.

If you want to try some of the brewery’s product next to the river, there is a bar at which you can purchase Sawanoi’s drinks at regular retail (not bar) prices. If nihonshu is not your thing, they also serve tall cans of Kirin Lager and their own craft beer. The craft beer comes in light and dark variations for ¥550 per bottle but is nothing special.