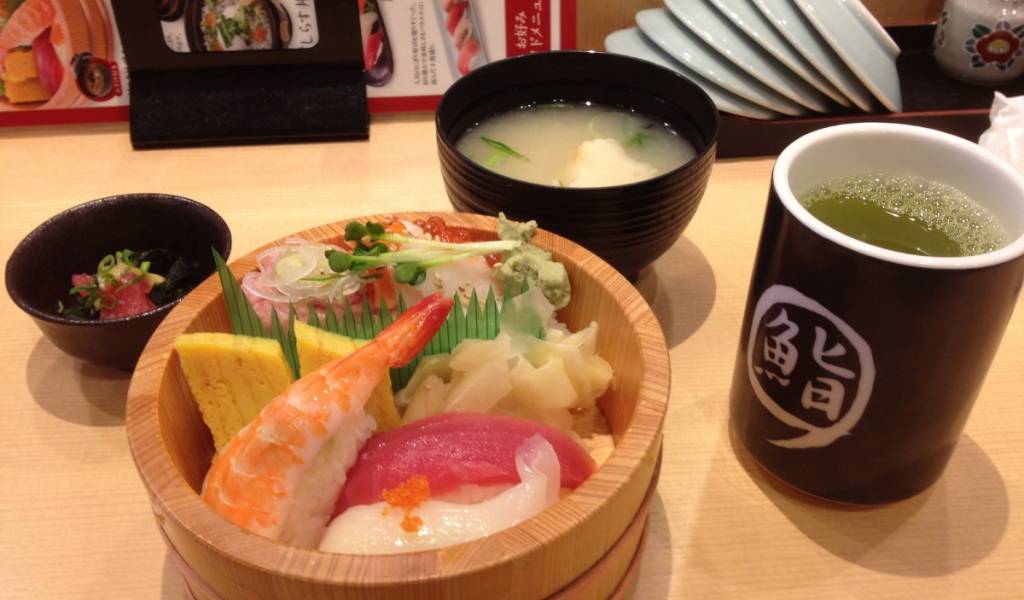 Sushi Misakimaru - Cheapo Sushi at a Train Station Near You

Sushi Misakimaru is yet another one of the big sushi chains that proliferate in Tokyo, with 45 branches in the Kanto region. Not all stores are the same – some are ‘kaiten’ sushi (pre-made sushi on a conveyor belt) while others are more like your traditional sushi bar.  One thing all the stores have in common is their bright red signage and the promise of low price sushi. 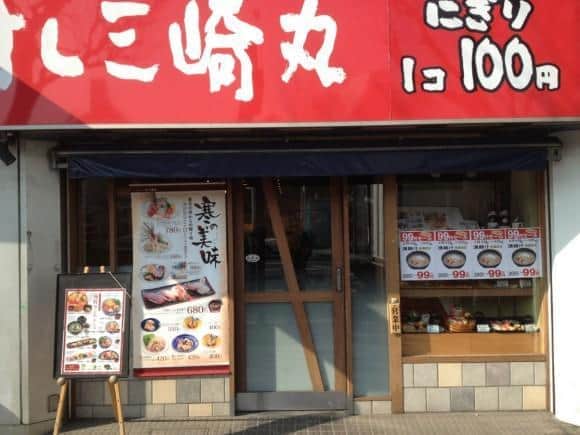 The particular store I visited for lunch was the Ichigaya branch – on Sotobori Dori across the moat from the JR station. First impressions were nothing special – the interior is fairly generic with the light woody look that is so popular with traditional eateries in Japan. My lunch companion did remark on the smell of detergent, which might just be because of the (lack of) separation between the main part of the restaurant and the kitchen. 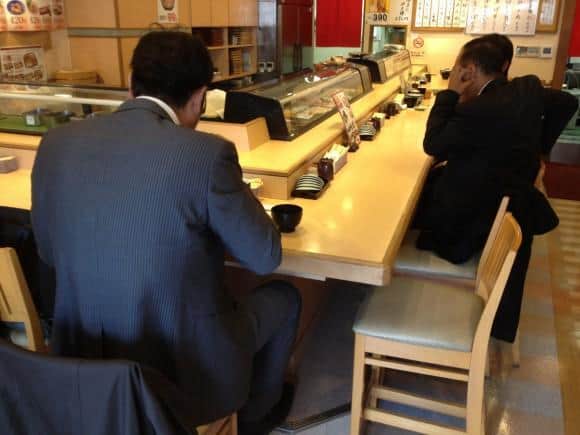 Even though I should have known better, I went for the cheapest thing on the menu and ordered the Kaisen Irodori – not knowing what it was. What arrived was definitely unique – a combined kaisen donburi with three pieces of nigiri sushi accompanied with a bowl of miso soup and a side of vegetables and small pieces of tuna. The donburi half also included an enormously generous glob of wasabi. 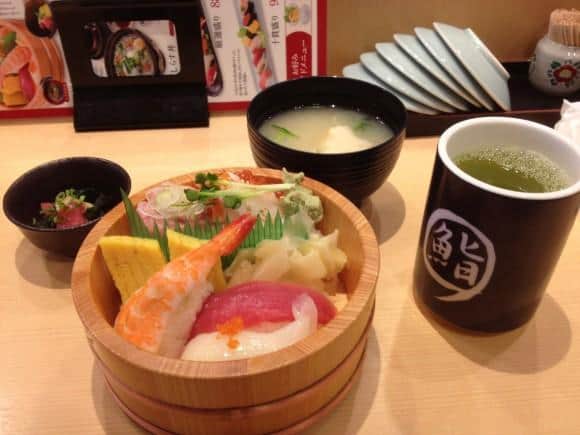 My lunch partner ordered the more conventional Kaisen Don (Mixed seafood donburi) for 880yen which to be honest, looked a hell of a lot more tasty than my irodori. 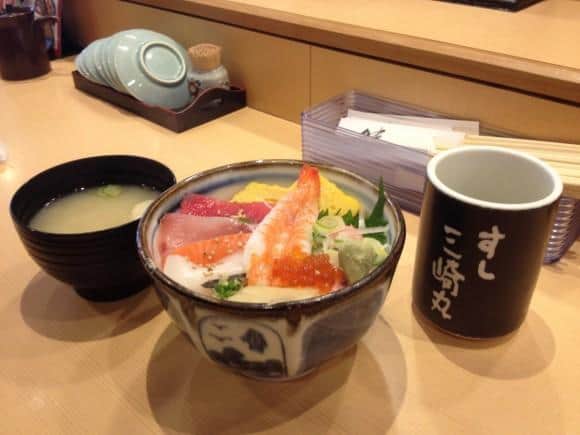 My Kaisen Irodori was a passable sushi experience, but when compared with the quality available at a reasonable price throughout Tokyo, it definitely wasn’t memorable – except for me stupidly mixing ALL of the huge wasabi glob into my donburi causing veins on my face to protrude and giving me the appearance of a novice tourist (taking dozens of photos of the food doesn’t help in this respect either).  One slightly disappointing thing is that extra bowls of miso soup cost 50yen each – which pretty much sums this place up. It’s cheap, but there is a certain feeling that you’re getting exactly what you’re paying for.

Also on the menu were two other donburi priced at 780yen and 880yen and three different nigiri sushi sets ranging from a 7 piece + 3 maki sushi (rolled sushi) set for 880yen through to a 1080yen set containing 11 pieces of nigiri sushi and 3 maki sushi.  This puts Sushi Misakimaru in the same class as a chain like Sushi Zanmai, however in my limited experience of only one store of each chain, Sushizanmai offers the better value.

Sushi Misakimaru (すし三崎丸)
Lunch menu sets range from 680yen to 1080yen.
Official Website ⚠️ Link in Japanese
Varies from store to store. Most open a 11am and close at 11pm, while a few close at 10pm.
Written by: Greg Lane
Greg's Tokyo favorites are: Shinshu Osake Mura, Kiyosumi Teien Garden, The American Craft Beer Experience 2022
Filed under: Sushi
Tags:
Sharing
Questions or comments about this article?
Start a thread on our community forum
Ask our local experts about Tokyo