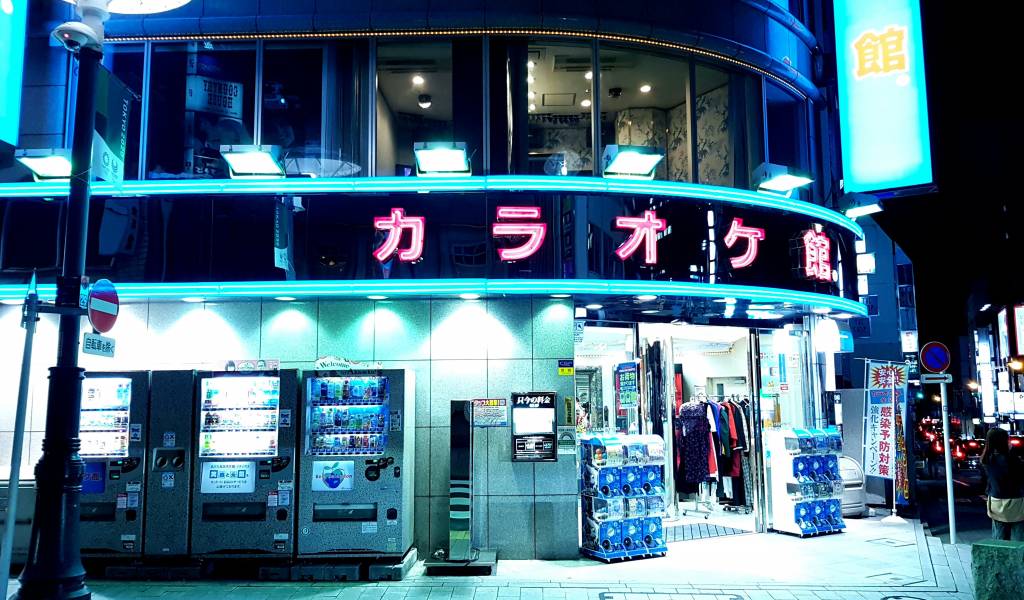 Karaoke might as well be considered one of Japan’s national pastimes. It’s the answer to a lot of things! Are you planning a get together with friends? Do you want to show off your singing prowess? Are you brokenhearted (nothing like a good Taylor Swift or Adele song to deal with that, after all)? Is there a lot of pent-up stress that needs release? Are you alone but looking to have some fun (yes, hitokara, or one-person karaoke, is a thing)? Well, go to karaoke!

But where? Not all karaoke places are created equal, after all. Some have small rooms and limited song selections. Some are no-frills and provide just songs, food, and drinks. Still, there are fancy, high-end karaoke bars with a hotel-like ambiance and even costumes (so you can feel even more like a star while singing—maybe you can channel your inner Elvis). Since we’re cheapos, we’re going to direct you to cheap karaoke in Tokyo, in no particular order. These places may be inexpensive, but rest assured that you’ll be getting great value for your money.

Some things to note:

A chain of karaoke bars with branches all over Tokyo and nearby prefectures (Kanagawa, Chiba, and Saitama), Uta Hiroba is the cheapest you can get. As is the case with most, if not all, karaoke chains, Uta Hiroba’s rates are per 30 minutes, although they also have “free time” rates, which are flat rates for a set amount of time. What’s great about Uta Hiroba is that their rates already include a drink bar, unlike other chains, wherein drinks are an additional cost (and you’re usually required to order a drink in addition to getting a room). The basic drink bar only has non-alcoholic drinks (and the rates above are for this option), but they also have a drink-all-you-can plan that includes alcohol after 6:00 pm, which costs 600-800 yen on weekdays, and 670-850 yen on Friday and Saturday nights, and the night before a holiday.

As for free time, Uta Hiroba’s blocks are from 11:00 am-8:00 pm, and from 11:00 pm-5:00 am the next day. Again, Uta Hiroba’s free time rates already include a drink bar, and you can choose from a soft-drink-only option, or one that includes alcohol. Prices start at about 1,010 yen (on weekdays, and for soft drinks only) for the first block, and for the second one, at about 1,080 yen (also on weekdays, and only for soft drinks; the price doubles on weekends).

Some branches also have student discounts, which can bring the price down to as low as 100 yen for 30 minutes (and that still includes the drink bar!).

Basic rates per 30 minutes (for non-members):

Also known as Karatetsu for short, Karaoke no Tetsujin also has branches all over Tokyo, and some in Kanagawa, Chiba, and Saitama. If you want to have some fun, and/or to sing karaoke in style, Karatetsu also has some fancy rooms for kids, ladies, and VIPs (among others), as well as party plans. It also has costumes that you can put on while singing, as well as occasional tie-ups with anime series.

About the price, though—note that the rates quoted here do not include a drink bar, unlike with Uta Hiroba. (We told you that you can’t get any cheaper than Uta Hiroba!) You have to order a drink, although there are also rates that include unlimited drinks, the lowest being 351 yen on weekdays from 9:00 am-7:00 pm. Free time rates are also available. To save money, we highly recommend signing up for membership, as the rates for members are significantly lower. The website also has coupons that you can use, although they’re in Japanese. Some branches have student discounts, just like with Uta Hiroba. And here’s one last helpful money-saving tip: the branches outside Tokyo can be much cheaper. The prices we quoted are for branches within Tokyo, but the Kawagoe branch, for instance, has a daytime rate of 130 yen on weekdays, and 173 yen on weekends—and it offers a student discount, too!

This large chain is quite ubiquitous, and has branches all over Japan, from Hokkaido to Kyushu. Karaoke-Kan also has special rates for members, so go sign up for membership if you think you’ll be visiting your nearest Karaoke-Kan pretty often.

Karaoke-Kan has so many branches that some of them do not observe the same business hours. The tables above should give you a general idea of what many branches consider to be daytime hours and nighttime hours, but, for instance, one branch in Nihonbashi opens at 2:00 pm, and another in Hamamatsucho considers its daytime hours to be from 1:00 pm-6:00 pm, and its nighttime hours to be 11:00 pm-5:00 am the next morning. Free time rates are also available.

Different branches’ ideas of weekday and weekend nights may be different, too. While the weekday night rates usually apply to Sunday to Thursday nights, and the weekend ones are for Friday and Saturday nights, as well as the night before a holiday, the Takadanobaba branch’s weekday night rates are applicable from Mondays to Thursdays. Some branches also have a drink bar option, while others don’t. It’s really better to just check your nearest Karaoke-Kan for its rates, as we can only give you their price range.

Fun fact: did you know that a scene in Lost in Translation (2003), the Sofia Coppola-directed movie starring Scarlett Johansson and Bill Murray, was filmed in the Shibuya Center-Gai branch of Karaoke-Kan? You can book the rooms where the scene was filmed (601 and 602), and there’s even a sign outside the rooms saying that they were used for filming.

You’re less likely to find a BanBan branch near a busy station or in major tourist spots such as Shinjuku, Shibuya, and Roppongi. Most of its branches are in less touristy areas such as Waseda and Itabashi, and they have few branches in more bustling locations, namely, Ikebukuro, Kita-Senju, and Kichijoji. As in Karaoke Kan’s case, BanBan’s definition of daytime and nighttime hours can vary per branch, but generally, daytime rates start to apply sometime between 9:00 am-11:00 am until sometime between 6:00 pm-8:00 pm. Nighttime rates then apply until sometime between 5:00 am to 9:00 am the next morning. Aside from members’ discounts, discounts for students and senior citizens are also available in many branches. Lastly, BanBan also has free time rates.

To complement these recommendations, don’t forget to check out our tips on saving money at karaoke (because it doesn’t hurt to think of more ways to stretch out your budget)! Another tip that the article didn’t mention is that discount coupons and deals are your friend. Unfortunately, this is, again, one of the tips that favor those who can understand Japanese, but we strongly recommend signing up for your favorite karaoke place’s members’ club, as membership usually entitles you to coupons. In many cases, you can get discounts during your birth month as well. Some discounts may be for an entire room or group, so if you can’t understand Japanese but have a friend who can, then you’re in luck! Their websites may also have coupons for non-members. Otherwise, karaoke places hold promos every now and then, so there’s a chance that you can also get coupons (usually for your next visit, though) at the locations themselves.

Stuck on what to sing? Check out our list of crowd-pleasing karaoke songs that everyone knows.

Karaoke no Tetsujin
Pricing varies, but starts at 152 yen per 30 min
Official Website
Written by: Tiffany
Filed under: Lifestyle | Things to do
Tags:
Sharing
Questions or comments about this article?
Start a thread on our community forum
Ask our local experts about Tokyo