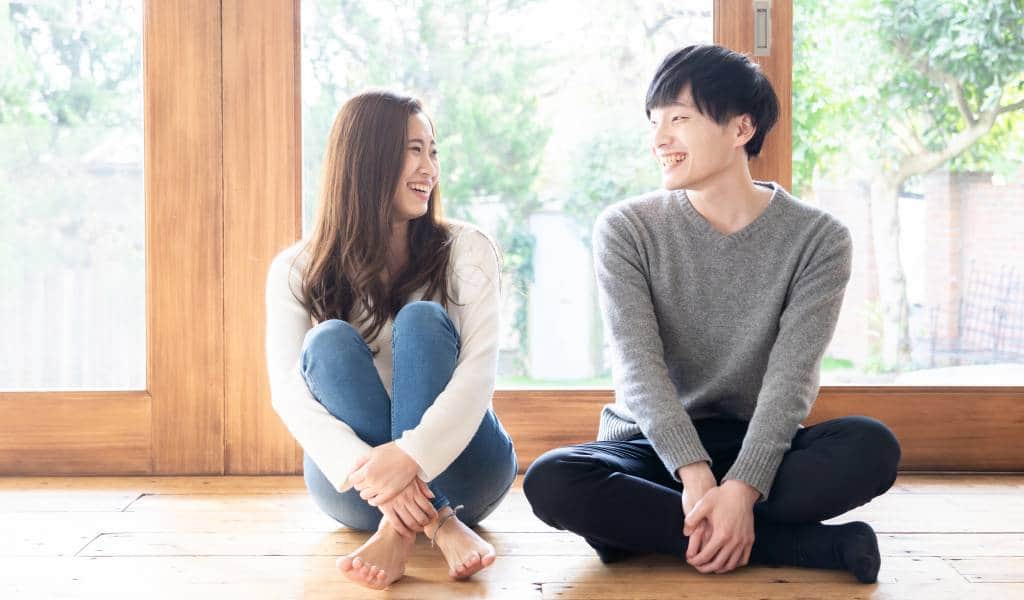 How to Start a Conversation in Japanese

If you’re a second language learner, you might agree that the nervous excitement of starting a conversation is two-fold. Firstly, you have to muster the courage to talk to a native speaker, and then (realizing you’ve gotten yourself into a brave mess), you need to figure out what to say next. But that’s all part of the learning curve!

You can improve your Japanese skills by listening to and practicing conversations you might actually face. Whilst acknowledging this divulges my recent guilty pleasure, shows like Love is Blind: Japan, are actually a great way to witness conversations in action, too.

To help you build confidence when meeting new people, here is a basic guide to Japanese conversation-starters (from beginner to intermediate scenarios).

Japanese has informal, polite, humble, and honorific forms (and variations within them!). Without getting bogged down in details, it’s best to stick to the basic polite form when you’re starting out and meeting new people, as this demonstrates respect. Here are two key points to remember:

How to introduce yourself

When it comes to introducing yourself in Japanese, you can simply introduce your first name, which likely comes naturally. However, you might want to mention your surname/ full name in work contexts (as most Japanese do).

Stuck in a conversation? We’ve all been there. That’s when you can let your conversation partner know you don’t understand.

To help you with pronunciation as well as to get familiar with hiragana (simple phonetic lettering) and katakana (phonetic lettering for foreign words), we’ll include basic Japanese (にほんご), Romaji (romanised Japanese) and English variations for each example.

To make the most of this guide: If you see a word in [square brackets], you can replace it with a relevant name, place, hobby etc. to personalize the question or comment.

Scenario 1: Meeting a friend of a friend

Even if you’re meeting someone through a friend, the basic polite form would still be suitable, since you’re not yet acquainted. You can see this with the use of desu (です) and san (さん) in this example.

In this example, Chelsea and Shoko use the casual/ simple introduction ____ desu and watashi wa ____ desu to introduce themselves. While still polite, this tends to be more common among students or younger speakers.

Talking about interests and hobbies is a great way to get to know more about someone. In this example, Arman and Maki have already introduced themselves.

To familiarize yourself with kanji (characters originally from Chinese script), we have included typical Japanese (日本語) for these intermediate level scenarios.

Generally speaking, work or business context calls for extra formality in Japan. In this example, we can see Jun introduce himself by first name, while Sato introduces himself by surname.

If you head to a quiet eatery or bar, you’ll most likely find a native speaker who would be just as happy to chat as you are. Asking for recommendations or meibutsu (名物) – the specialty food of a region, is a great way to start. You can also check out these tips for ordering in Japanese.

Here’s a recap of the conversation-starters we’ve covered:

Written by: Emma Araki
Filed under: Living
Tags:
Sharing
Questions or comments about this article?
Start a thread on our community forum
Ask our local experts about Tokyo