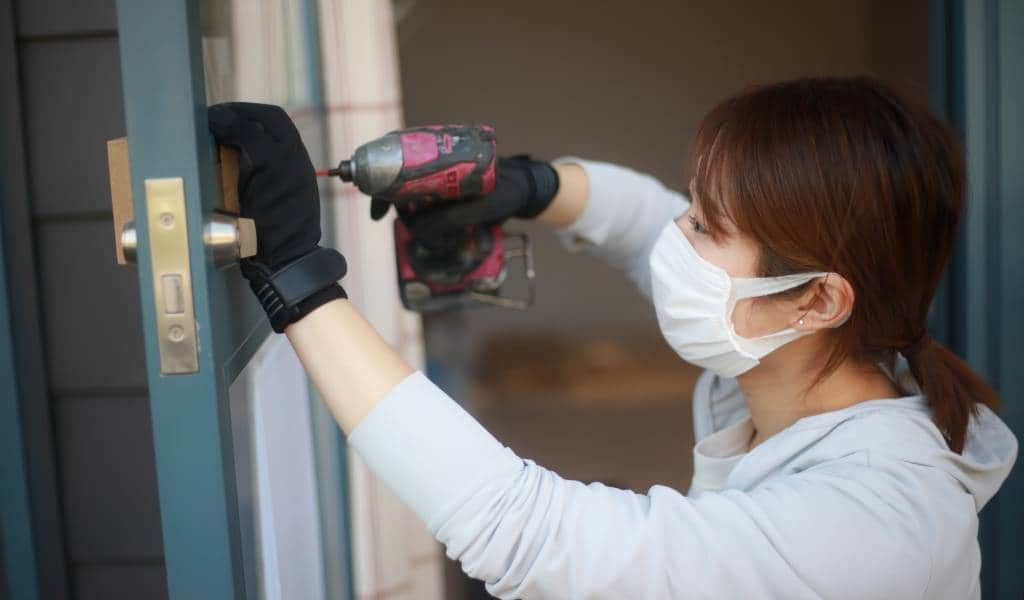 Passive House is a standard for house construction by which homes, offices and buildings can maintain a comfortable temperature year round and consume up to 90% less energy compared to regular houses. While we don’t all have the resources for a new-build Passive House or the ability to retrofit our terribly energy-inefficient Japanese homes, the methodology provides us with ways that we can reduce energy consumption and make living in our houses more comfortable.

So, how much energy are we consuming? According to figures from the Ministry of the Environment, in 2017, the average household in Japan used 4,332 kWh of electricity, 234 cubic meters of gas, and 172 liters of kerosene—check these figures on your bills to see how you compare. As a whole, Japan lines up favorably against some of the worst offenders—such as the US—whose households used an average of 10,649 kWh of electricity in 2019. But comparing Japan with the worst-performing countries doesn’t excuse us from our responsibility to reduce our carbon emissions.

The Japanese government has been setting ambitious goals for CO2 reduction, while dragging its feet on implementing real changes, but it’s up to all of us to do what we can (see our note on “carbon footprint” below for the limits of personal responsibility). The effect of each of the following may be small, but together you could make considerable cost savings with the added bonus of living in a more comfortable house.

We’re not talking about covering your roof with solar panels here, but rather taking advantage of the way that your dwelling uses the heating energy of the sun. Passive Houses (and old-fashioned traditional houses too!) face south (in the Northern Hemisphere) and have long eaves that allow the winter sun to warm the house while blocking the heating effect of the sun in summer when the sun is higher in the sky. Obviously, you can’t reorient your house or apartment if it’s facing the wrong way, but there are some things you can do.

If you’re looking around for a new rental house or apartment, be aware of the orientation, shading from surrounding buildings (a particular problem in winter) and shading of windows. Top-floor apartments and even new houses often have no overhangs on windows. This will probably lead to overheating and huge energy bills in summer.

During summer, shading windows from the sun is much more efficient than closing your curtains. Possible solutions are shade sails, traditional sudare (bamboo blinds), canopies, or deciduous shade trees that shade the windows in summer while allowing light in during winter.

Another problem common in the summer is heating of the whole house from west-facing windows. In the late afternoon/early evening, because the sun is still hot and hangs low in the sky, it will raise the temperature in your house by several degrees in a few minutes. Exterior shading is better, but at the very least you can close the curtains in this part of your house before it heats up too much.

During winter, you could remove small trees that shade windows and make sure curtains are fully open during the day—those net curtains block solar energy!

Passive Houses implement extreme airtightness to prevent air leaking in or out of the building envelope. Combined with thick insulation, this means that every room in the house can maintain a comfortable temperature year round with minimal use of heating or cooling. At the other extreme are Japanese houses, which are so cold that it’s not even possible to maintain a comfortable temperature in a room—hence people spending winter under a kotatsu or summer being blasted by a fan. However, with fewer air leaks, you can more easily condition the space you are in. Closing doors to reduce the size of the space is a good step, but internal doors are often extremely leaky.

To address this you can:

Another big source of leaks are extractor fans in toilets and bathrooms. If you put your hand up to them, you’ll likely immediately feel the warm or cold air passing through. A Passive House (since it’s so airtight) uses a special whole house ventilation system that conditions the air coming into the house using the air that is expelled from the house. These are expensive and not really worth installing if you don’t already have an airtight envelope. If you have an old propeller-type extractor fan that lets in lots of drafts (basically if you can see through it, or feel drafts passing through it), you can replace it with a more modern fan that has a better seal when not in use. If you have a ceiling extractor fan, you could also install a draft stopper. Here’s one on Amazon Japan (although they don’t seem to be very popular in Japan).

Thermal bridging occurs when heat or cold from outside is transferred into the home through materials that bridge the building envelope. Common examples are windows, concrete slab floors (which have direct contact with the earth underneath), roof beams, water pipes, kitchen hoods, and roofing material. These are all structural, so addressing them is not usually a cheap fix.

One fix possible in homes with concrete floors is to build a floating floor above the concrete slab with foam insulation panels between the concrete and flooring. It sounds like a major project, but it’s well within the realms of DIY. Installing a beautiful Japanese cedar (sugi) floor with insulation from the concrete underneath is not as expensive as you might think.

Standard single-pane, aluminium-framed windows are very energy inefficient. It’s often said that replacing them with more efficient windows (including the frames!) is one of the single biggest changes you can make to improve the energy efficiency of your home. Energy-efficient windows are not cheap though. The top of the range “Low-E” fiberglass framed, argon-filled triple-pane windows might cost 100,000 yen or more each, not including installation.

Subsidies may be available for installing energy-efficient windows. Check the subsidies section below.

Using careful calculations for the location, orientation, and shading of the site, Passive Houses usually employ very thick insulation—much thicker than is standard for even new homes in Japan. While retrofitting to Passive House standard might require reconstructing your walls, floor and roof, there are less destructive ways to install at least some insulation. After all, some insulation is better than none! The most common method for doing this is pumping loose-fill fibers into the roof or wall cavities. Popular materials for this type of insulation are cellulose, rockwool, sheep wool, and loose-fill fiberglass. Because it’s loose, it doesn’t provide the same level of insulation as a solid batt, but it can be installed much more easily. If you have access to the crawl space in your ceiling, it can just be blown into the gap between rafters. For walls, a hole for the blower hose needs to be drilled from either the inside or the outside. Unless you’re a DIY whiz, you’ll probably need a contractor for this, and it’s not something you would do without cooperation from your landlord.

The most popular in Japan for loose-fill insulation is cellulose fiber. If you do a search for “セルロースファイバー 断熱材”, you will get a range of options (in Japanese, of course).

Aside from looking at the structural parts of your home, using energy-efficient appliances can cut your energy usage significantly. For example, electric pedestal fans (which some people run almost continuously during summer) draw about 60 watts of power. Modern, efficient fans with DC motors (which are also much quieter) typically use only about 10 watts. Of course the savings from replacing a fan are small fry compared to the potential savings from swapping out your bigger appliances—such as fridges, air conditioners, and washing machines—for more energy efficient versions. When shopping around, look for appliances marked with “省エネ” (sho-ene).

For refrigerators, depending on the size, the difference between an old inefficient fridge and a new low-energy fridge might be as much as 400 kWh per year—the equivalent of one extra power bill! While high energy efficiency generally correlates with high prices, there are lower-priced units with high efficiency. Counterintuitively, some smaller units may have higher overall energy consumption than some of the really big fridges. To get some context, check the kWh figure on your electricity bill against the power consumption of the refrigerator you’re considering.

Lastly, there have been some technological improvements with hot water in the last twenty years. One is tankless hot water systems, and another is heat-pump-based hot water tanks. Tankless hot water systems typically use gas to heat the water as you need it, so they are very efficient. The units themselves are not super expensive, but you’ll need a place to mount it on an outside wall and the installation and plumbing costs will be considerable. Heat-pump-based hot water tanks (here’s one made by Mitsubishi Electric) use the same technology as your air conditioner. If you have the space for the outdoor compressor, these can be more than twice as efficient as conventional heated-coil-based tanks.

The national government isn’t into reducing energy consumption enough to actually implement any strict standards, but they do have money to throw at you if you want to upgrade the insulation on your house or install energy-efficient windows. This PDF pamphlet (Japanese only) has info on how you can get up to 1.2 million yen (for a standalone house) or 150,000 yen for an apartment (you probably have to go through your building management company) for installing insulation that reduces energy consumption by 15% or more.

For windows, in particular, there may be local government subsidies available too. For example, Tokyo’s Minato Ward has a subsidy available (link in Japanese) to cover some of the cost of installing energy-efficient windows.

Sites and links for more information

Our sister site London Cheapo has a nice article with 10 energy-saving tips for renters.

For an intro to Passive House, check our interview with Passive House Japan founder Miwa Mori. If you’re comfortable with Japanese, check out the Passive House Japan website. You can get a lot of the same information in English (minus the local context) on Passipedia. Toward a Zero Energy Home provides a good (although a little dated and U.S.-centric) introduction to the various methodologies—including Passive House. EnerPHit: A Step by Step Guide to Low Energy Retrofit is a guide to the EnerPHit standard for building retrofits, which is slightly less stringent than the Passive House standard.

While personal efforts can have an effect on carbon emissions, don’t beat yourself up if you can’t get to net zero. Big oil is a big fan of the carbon footprint because it transfers the responsibility from them to you. Whatever we do personally, government policy is still the single biggest lever we have for reducing overall carbon emissions, so point your scorn at the people who can change things rather than getting angry at your neighbor with the gas-guzzling car.