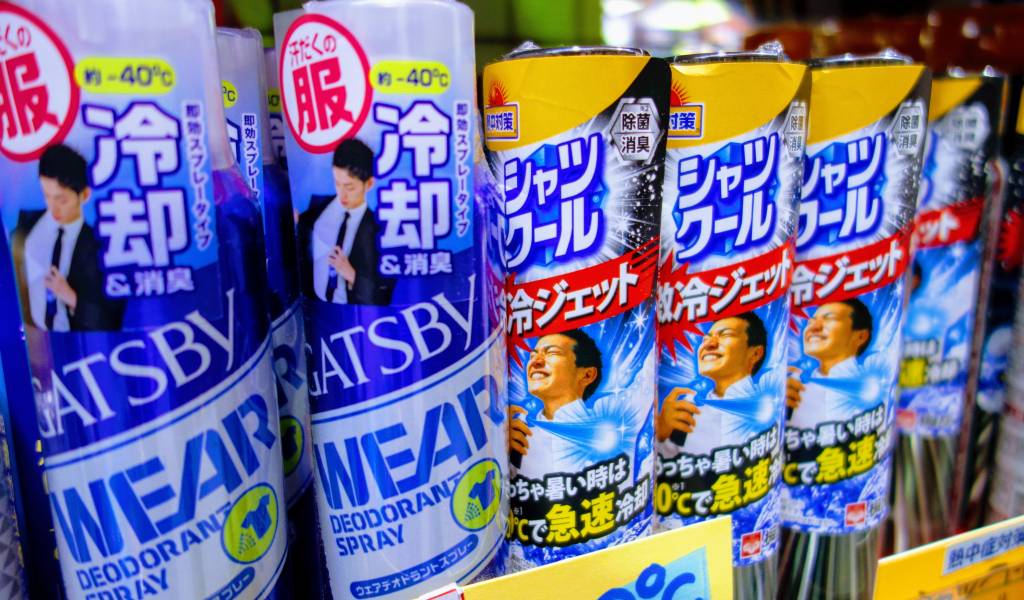 7 Quick Tips for Keeping Cool in the Tokyo Summer

Surviving the summer heat in Tokyo is a challenge, but with the right food, a couple of green spots to escape to and some ingenious inventions, you’ll be as cool as a cucumber!

When stepping outside is like walking into an oven, you know summer is here. Add in some humidity and you’ve got the next few months in Japan, so you’ll have to make the most of it. While invisible Coke and Gudetama Mcflurries are some of the more exciting ways to beat the heat, they aren’t the most practical. We have some of the more long-term options for when the McFlurry has melted and you’re feeling more like the lazy egg than you ever thought possible.

For surviving the everyday and all the sweat it brings with it, Japan has come up with plenty of great and strange (of course) accessories. One of the more common items includes sun parasols, which protect you from the midday sun and have the added bonus of making you look somewhat Victorian in the process. And Uniqlo sells a whole range of Cool Tech undergarments which absorb sweat and let your skin breathe, leaving you (at least looking) as cool as a cucumber at the office or on your travels.

For the immediate cooling, you can try out some of the cool wipes and sprays available at convenience stores and spots like Matsumoto Kiyoshi, which all have varying images of extremely relieved salarymen on the front. These are actually pretty effective, and can leave you feeling really refreshed in a matter of no time (sprays aimed at the feet are like a heaven you never knew existed). Blotting paper is a makeup saver and allows you to dab away excess sweat and oil without ruining your face. They come in nice packets too.

Hand fans are a traditional option and can be acquired at 100 yen shops if you don’t want to splash out. Or there are free ones if you don’t mind advertising your local izakaya as you cool down.

For those who hate movement of any kind but can’t afford half-naked people to fan you and feed you grapes, electric hand-held fans are your friend, and some even have a water-mister attached to refresh you that little bit extra.

It’s not exciting, it’s not glamorous, but it’s where you spend most of your time. Luckily, there are plenty of ways to keep your room/apartment/castle cool. If you have an aircon unit it can be tempting to put it on full and live in a fridge, but this idea will leave you cold once your electricity bill (or environmental conscience) arrives. Instead, try opening windows early in the morning to circulate air, placing a frozen water bottle in front of an electric fan (believe us) and keeping curtains closed in sun-facing rooms.

There are a few handy inventions to be had here too. Ice pillows can be put in the freezer during the day and pulled out at night for a cool night’s sleep. You can make use of your Japanese bath with some cooling bath salts: a funny story at worst and a guilty pleasure at best.

The best advice for when it’s just too hot though? Leave. Plan your day so you can spend a few hours at the hottest time (between 12 pm and 3 pm) using someone else’s aircon. Whether you work in a cafe, visit a library or museum—there’s plenty to do and it’ll refresh your body and mind to leave the sweatbox of your apartment.

Two of the more traditional options which you might have seen already are questionable in their practical effectiveness but pleasing nonetheless. Fuurin are wind chimes which ward off evil, but also fill the air with the cooling sounds of summer breeze. Made of jellyfish-like glass domes with a metal zetsu (clapper) which is nudged by the breeze, they are often decorated with seasonal themes.

When you’re out on the street you may notice shopkeepers or homeowners throwing water out across the pavement. Known as uchimizu, which means sprinkled water. It is an Edo-period tradition believed to cool the air and remove dust from it too, so it’s win-win. There have been calls lately for recycled water to be used; as it is such a common habit it could make quite a difference to water consumption in the summer months!

Simple but effective, keeping hydrated is the key to surviving summer in any hot country. When sweating buckets becomes your normal, it can be hard to remember you need as much water as you might when you’re exercising. Plus dehydration can cause all sorts of problems, from lethargy and headaches to serious health issues. While water is the easiest option, there are two drinks associated with summer in Japan: mugicha and Pocari Sweat.

Mugicha, aka roasted barley tea: This is the go-to Japanese summer drink, served in restaurants instead of water, jam-packed in vending machines and always sold in bulk in supermarkets. Naturally free of caffeine and sugar, its alleged health benefits are never-ending: it has fiber, vitamin B and iron, is good for the stomach and helps with skin problems—the list goes on. It is widely appreciated for its cooling effects though and is a restorative option that might take a bit of getting used to, but will soon become a favorite.

Pocari Sweat: Named as a reminder of when it should be drunk rather than a description of its flavor (although it’s close), this is a lifesaver if you think you’ve overexerted in the summer heat. Easily found in vending machines or sold in make-at-home sachets, it’s an electrolyte replacement sports drink developed by a pharmaceutical company that brings you back from the brink of a ruined day in no time. While it should never replace water, it can really help if you feel you’ve pushed yourself a bit too far. Supposedly grapefruit-flavored, the taste can be a bit strange to start with, but you’ll soon get used to it. There are plenty of other similar alternatives like Salty Lycheeso—try them all out at your nearest convenience store.

While some people lose their appetites in summer and stick to salad, in Japan there is a whole host of dishes to keep you chilled. Some of the highlights include kakigori: a shaved ice dessert which you can find in nice cafes or at festival stalls.

For savory options, there are cold noodle dishes like hiyashi chuka which has vegetables and ham, or Morioka reimen, a kind of cold ramen dish from northern Japan. One of the most enjoyable, however, is nagashi somen: half food, half sport, you pluck noodles as they flow down bamboo tubes in cold water and dip your catch in a light shoyu sauce.

Along with goya (a bitter Okinawan melon), watermelons and sweetfish—there’s plenty to choose from!

If you don’t have the time to go on a weekend away or longer, then there are some great inner-city oases in which you can spend a restorative hour or two any time. One of the most unusual and cooling is Todoroki Valley—a tree-shaded natural ravine with a walking path, teahouse and shrine to see along the way. Despite only being 20 minutes from Shibuya, you’ll soon forget you’re in Tokyo at all and can relax along the river’s edge for as long as you like.

Alternatively, there are parks all over the city to be enjoyed, and nature reserves like the Institute for Nature Study in Meguro, which offer cooling forests, perfect for a touch of shinrinyoku—the Japanese love of forest-bathing.

Rooftop gardens are another fantastic option with lots to choose from, and many offer all-you-can-drink sets and food stalls, which is pretty much the best possible way to spend an evening in Tokyo.

Leaving the city behind is probably the most refreshing option, if not always the most achievable, but even the prospect of a break on the horizon can help. Popular nearby spots include Okutama (known for rivers, water sports and mountain hikes) and Enoshima (if you’re more of a beach lover). Tokyo also has nine islands under its jurisdiction, and with dolphins, diving and plenty of summer breezes, they make a great escape.

If altitude is your preferred answer, we have some great hikes around Tokyo which will lift you out of the stifling summer heat. And of course, the treat of a beer garden awaits you atop nearby Mount Takao.

This post was first published in 2015 and was last updated in June 2020. While we try to ensure accuracy, details may vary.