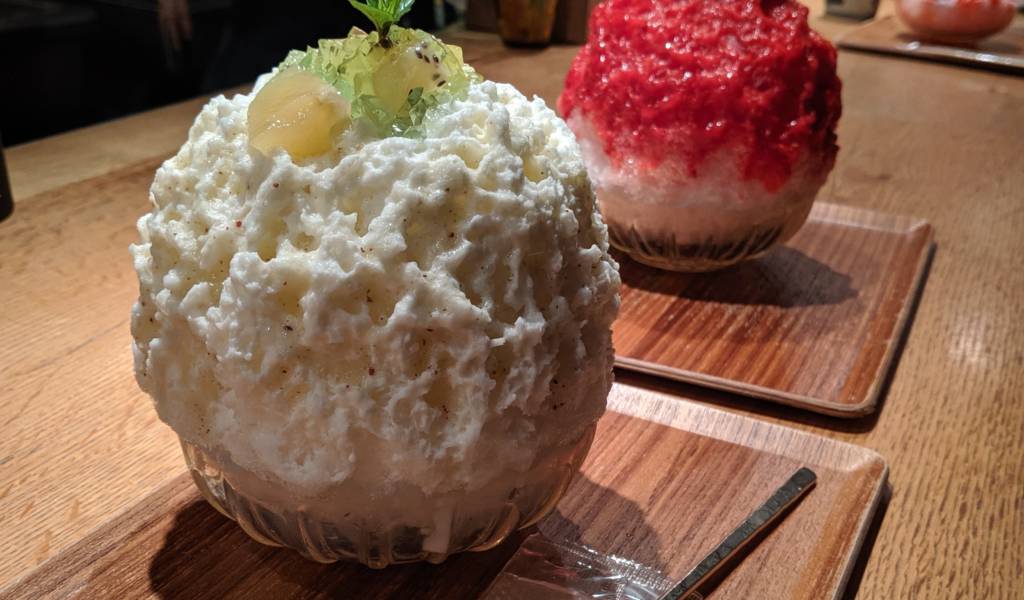 Almost every culture has its own kind of frozen dessert. Presumably going right back the days when rich folk would make their servants risk life and limb climbing mountains to gather virgin snow. Yes, it was treacherous, but how else would they show off to their guests for six minutes at the next summer feast?

Japan’s frozen dessert of choice is kakigori, which roughly translates as “shaved ice”. The name more or less tells you everything you need to know—it’s just plain ol’ shaved ice with a few toppings for flavor. Usually that’s some kind of neon, sugary syrup. But in recent years, more elaborate, artisanal variations are taking Tokyo by storm.

Suggested Activity
38% Off Tickets to the Robot Restaurant in Shinjuku
To experience one of the craziest and most colorful places in Tokyo, visit the infamous, sensory-slamming Robot Restaurant in Shinjuku's Kabukicho district. Sit back for a wild show of lasers, lights, robots, dancers, dinosaurs and other uniquely Japanese weirdness. Get up to 38% off the regular ticket price with this special deal. Exclusive front row seats are available for a ...
Click here for details

You’ll see plenty of the more standard places around, where vendors pretty much blast out a crunchy pile of ice with their eyes closed. It’s often more like crushed ice than shaved ice, and lacks the soft, creamy texture of the good stuff. Let’s not kid ourselves—there are times I’d give my right eye for that cold bowl of brightly colored minced water, because summer in Tokyo is factually terrible.

But if you’ve a chance to try the real deal at one of these spots, it’s well worth venturing out into the summer heat.

Even before the TV show, Peace was popular enough to require a strict waiting list policy. Each morning, a staff member posts a fresh list of timeslots for that day on the wall outside the shop. Many of these slots are taken before the store even opens, so getting there a little early is well-advised. I was able to book morning tickets for the Ghibli Museum, which meant I could nab my spot on the sheet on my way there. I came back later that afternoon, which makes for a nice little day trip.

If you don’t fancy waiting to sit inside, you can just grab a kakigori to go. There’s a small eating area just outside the shop. You’ll miss out a few flavors, and the fun of watching them make the kakigori, but you might save a lot of time.

This cute little outdoor hideaway is super reasonable at just ¥600 per bowl. The homemade strawberry and blueberry flavors are especially good. The toppings may look less impressive than at some of the other entries here, but they’re really flavorful, and the texture of the ice is fantastic.

The aesthetic is also pretty cool, with a mossy driftwood vibe that’s very onbrand with Nakameguro’s bohemian hipster feel. That makes it a good spot to post a snap and pretend your life is better than everyone else’s. Most importantly, there’s a friendly old cat contentedly snoozing away in whatever sunbeam it can find.

It’s also close by to the famous T-Site. So it’s a great place to stop by if you’ve been mingling with the academic elite and you want to relax a little.

Kakigori is synonymous to many Japanese with Kagoshima—and one of the most recognizable styles from the region is the old-school shirokuma (white bear).

It makes sense than that some of Tokyo’s best examples come out of Kagoshima restaurants. Perhaps most notable is Yushokutonsai Ichinisan. Usually an upscale shabu shabu joint, you can opt out of the more expensive savory courses and move straight on to dessert. because you’re a grown adult and you can eat whatever the hell you want. Prices are ¥600 for a small or ¥1,000 for a large.

Topped with seasonal fruit, azuki beans and sweetened milk, it’s a refreshing dessert that’s slightly less sickly than its syrupy successors. The prevailing flavor, surprisingly, is the milk, which has that rich Hokkaido-y taste that I’ve only noticed here in Japan. I’ve heard that together the toppings and white ice somehow resemble a polar bear. If I’m being honest I found the resemblance a little tenuous. Maybe the lady who made mine was some kind of avant-garde kakigori cubist…

If you’re looking to get your five-a-day in ice form, then this trendy cafe will be right up your street. Offering seasonal, all-natural fruit and vegetable flavors, this is the perfect way to try an unusual but delicious (and healthier) version of the icy dish. Starting the year’s offerings with an avocado option alongside the delicious (and slightly more conventional) fig one, you can enjoy an entirely natural dessert that skips on the sugar of the regular versions. While they strive to create new flavours each year likely favorites to return include cherry tomato, cucumber, cherries (the non-tomato kind) and pumpkin.

The cafe forms part of a shop selling all-natural fruit and vegetable produce like dried crisps, preserves and sweets, all with a very trendy, organic feel. It’s not a huge space, so there may well be a queue, but generally it shouldn’t take too long to get a seat. The flavors are very seasonal, so not all are available at once—you can check here to see what is currently on offer, but there are some regular ones too. 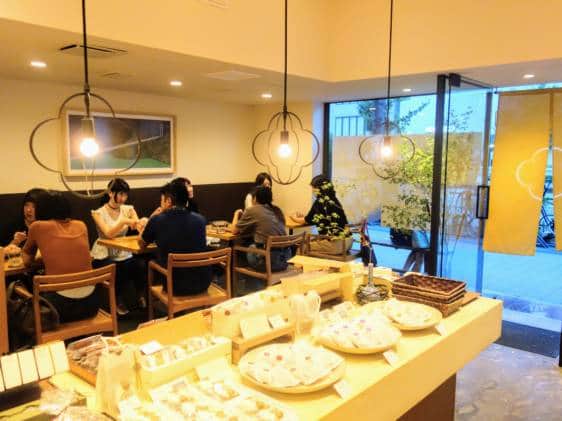 Head to Shin Okubo (Tokyo’s biggest Koreatown) for bingsu—a Korean take on shaved ice. Homibing is probably the best known in the area, and offers monstrous, towering desserts that are more on the ugly-delicious side than their Japanese counterparts. Bingsu differs from kakigori in that the flavors are usually mixed into the ice. So there’s no need to ration of your flavored syrup with each bite as you eat.

The most classic version is topped with bokkeun konggaru (soybean flour) and sweet red beans. That said, there are plenty of more adventurous choices on the menu. These include green tea, chocolate brownie, Oreo, and blueberry, as well as Mango—the store’s specialty. Most varieties come with a side of cheesecake. Because why not?

At [Price amount=1200], it’s on the pricier side, but there’s usually more than enough to share—especially if you plan to come after enjoying some of Shin Okubo’s many other culinary delights.

While you’re in the neighborhood, be sure to check out our Koreatown guide.