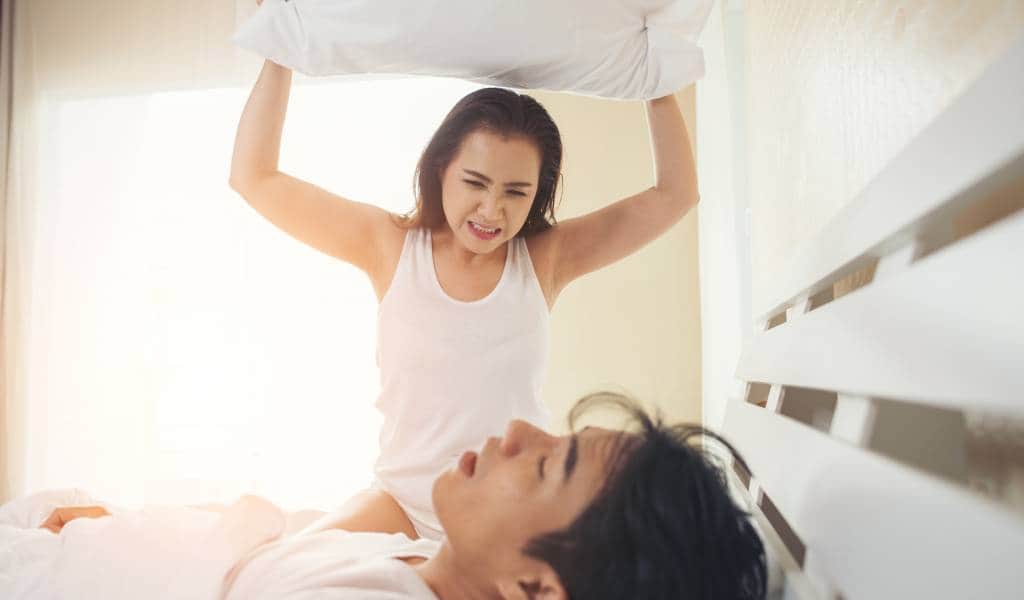 Do you snore, wake up gasping for air in the night or any of that fun stuff? Perhaps you stumbled across this article while researching ways to smother help your partner with their sleep issues? Either way, you’ll probably want to keep reading for a rundown of treatment options for snoring and sleep apnea in Tokyo.

Disclaimer: The information in this guide is based on the personal experiences of one of our writers in seeking treatment for sleep issues in Tokyo. We’re in no way medical experts!

Also note that this guide is aimed at foreign residents of Japan who are enrolled in National Health Insurance, or who have comprehensive international coverage. It is not intended for short-term tourists.

Whether you’re struggling with a bit of light snoring, or you sound like Darth Vader in the night and feel like death by day, your first port of call for snoring and similar sleep issues in Tokyo (or any part of Japan, really) is an ear, nose and throat (ENT) specialist.

An ENT is also known as an otolaryngologist, or jibiinkouka (耳鼻咽喉科) in Japanese, and a quick search on Google Maps will show you that there are many in Tokyo. If you’re comfortable doing the consultation in Japanese, you could just choose one that is near you and has good reviews, or ask your local GP for their recommendation.

Pro tip: See our guide to visiting the doctor in Japanese.

However, if you’d prefer to do things in English, you’ll need to seek out an English-speaking ENT in Tokyo—which is where the list gets shorter.

Kumada Clinic in Nishi-Azabu, near Roppongi, is an English-speaking ENT that has a good reputation among expats. Dr Kumada, who also deals with voice and speech problems, is fully fluent in English, and the nursing and reception staff can speak a bit of English too, meaning you can make your appointment (which is required) and sort out payment (which is cash-only) in English. The clinic accepts Japanese health insurance.

If you have plain-old snoring or suspected sleep apnea, a Tokyo ENT like Kumada Clinic is a good place to start (if you’re lucky, it may be the only place you need to go). When our writer went in (for snoring that was apparently so loud she was frequently mistaken for an electric saw), she was first given a thorough examination of the ears, nose and throat, and then prescribed an anti-allergy nasal spray as a first line of treatment. She was also given a basic sleep apnea test to do at home, which required tubes and straps and mild discomfort for two nights.

Over a period of 2-3 months, 3-4 visits to the clinic were required. When it became apparent that a C-PAP machine was not called for, but some kind of low-key, long-term treatment would be necessary, she was written a referral letter for the sleep department at Toranomon Hospital, which is also near Roppongi in Tokyo. Note: You need a referral letter to see a doctor in this department. You can’t just breeze in.

On the fourth floor of the ultra-modern, ultra-big Toranomon Hospital, you’ll find a specialized sleep department, which treats snoring, sleep apnea and the like.

Our writer found that she was able to do almost everything in English, except for making the initial appointment, which had to be done telephonically, in Japanese (perhaps because no English-speaking reception staff were available at that particular moment), and a short part of the initial consultation. Note that the Toranomon Sleep and Respiratory Department web page is in Japanese.

The doctors can arrange sleep tests to check for disorders like sleep apnea. These tests typically require an overnight stay in the hospital, which means they aren’t very cheap. Though it’s difficult to say what the exact price may be for a particular patient, it’s probably not a bad idea to budget in the range of ¥30,000–¥100,000—and yes, that is with Japanese health insurance!

Depending on the degree of snoring and sleep apnea present, at-home treatment options—which you can discuss with the doctor—may include a C-PAP machine or, for milder cases, a mouth device to wear at night. These two treatments are, we are told, covered at least in part by Japanese health insurance.

If you need to get a mouthpiece for your snoring, you will be given two options:

We were told that a mouthpiece that is not an all-in-one unit, but has two separate parts for the top and bottom teeth, and allows greater movement of the lower jaw, is generally thought to be more comfortable.

To have a mouthpiece made, you’ll need to make a trip (with a referral letter) to the dentistry department on the third floor of the hospital, where your general dental health will have to be checked before impressions for the oral device can be made. After that, it should take about two weeks to get the mouthpiece.

A couple of things to keep in mind are that the mouthpiece may last just a few years, before needing to be re-done, and that for people with TMJ disorders, the mouthpiece may be painful or uncomfortable, making it difficult to use several nights in a row. Furthermore, if you are planning to get adult braces to straighten your choppers, you will likely need to get another mouthpiece made after that.

While we do our best to ensure it’s correct, information is subject to change. This post is not intended as medical advice, and we did not receive any sponsorship for publishing it.

Always consult a qualified medical practitioner if you have any health concerns.