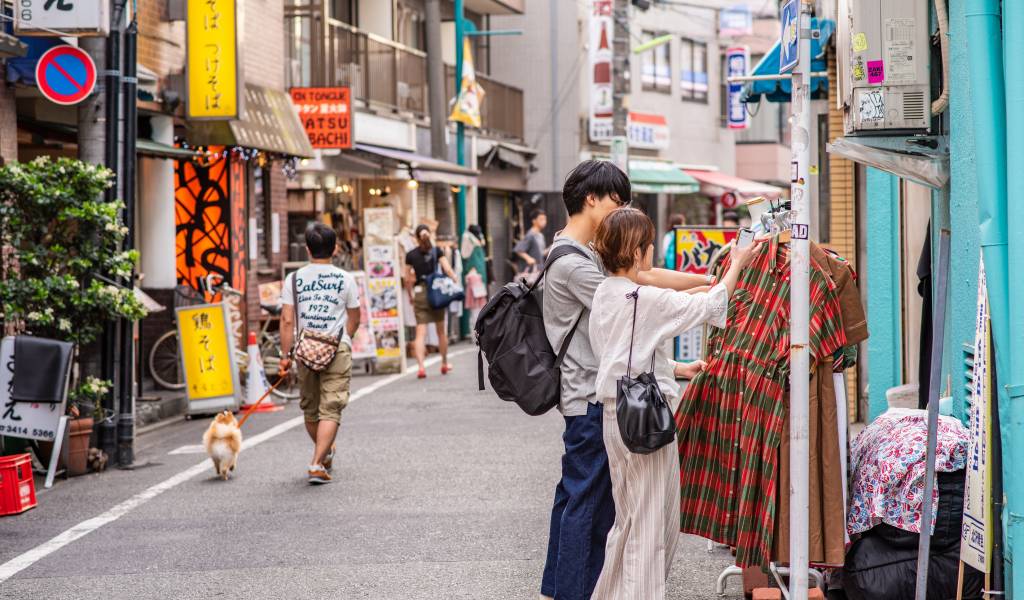 The Top 10 Cheapo Neighborhoods to Live in Tokyo Part II: 5 through 1

Asking locals in Tokyo for advice on a good, affordable place to live in Tokyo is usually an exercise in futility.  Tokyo is so damn big that people can only give you their opinions on the area immediately around where they live. Don’t expect to find the answer online either – trust us, we tried.  Luckily for you, we’ve used our secret-sauce data mining skills and a fair amount of subjective judgement to attempt to complete this quixotic quest. And so, we present Part 2 of the Top 10 Cheapo Neighborhoods to Live in Tokyo.

Nakano has been voted as one of the top inexpensive neighborhoods in Tokyo to live. Its allure is thanks in part to its stellar distractions and blasé atmosphere. I’ve mentioned it before, but Akihabara just can’t compete with Nakano Broadway, the titanic nerd emporium; and living in Nakano will sit you just within walking distance. While Nakano Broadway is Nakano’s most well known feature, you shouldn’t overlook the many izakayas, restaurants and discount grocery stores that line the neighborhood’s diverging streets. My personal favorite on the list; Nakano is a cheapo haven to geeks and norms alike.

Nakano is hella crowded. Matter of fact, word has it that it’s the most crowded neighborhood in Tokyo. This probably has more to do with the 20,000 some odd people per km, rather than rampant otaku. Yikes. Have a blast during rush hour. Another factor is that most shops in Nakano Broadway close at around 8:00 P.M, leaving the night owl-geeks amongst us out of luck.

The streets along Keikyu Kamata Station and JR Kamata Station are lined with retail chains, independent stores and more than enough options for grub. If you’ve ever dreamed of living in a bazaar, Kamata’s your place. You also have some weird ambitions. Most shops sit under a dome roof so you can enjoy your shopping even if it’s raining. Plus there is a Don Quixote directly west of the JR. It’s Japan’s number one store for finding everything you need and a crap ton more of everything you’ll never need all in one place. Kamata isn’t near the bright lights of central Tokyo, but it is well located for transport with quick access to Haneda and a cheap train journey to the beaches of Shonan and the Miura Peninsula. It’s a hotbed of cheapo retail and eating options. It also isn’t too bad if you’re into bar hopping since there are a lot of places in Kamata to get drunk. Don’t move to Kamata if you are an alcoholic.

I hope you like shopping and drinking because that’s all you’ll be doing. I can only march through Don Quixote’s unnecessarily sizable novelty clock aisle; singing pirate songs and swinging an inflatable sword at people, so many times.

Asagaya is Koenji’s slightly cheaper neighbour – just one more stop down the Chuo Line. According to a local “In terms of nightlife, the main difference between Koenji and Asagaya is that the locals go out to play in Asagaya, which gives it a very insular flavor. Amazing, actually, since it’s only one stop farther away, but in Asagaya I’m constantly running into the same people at different bars and restaurants, while in Koenji I almost never see the same person in different places.”

Although your cholesterol may take a hit, Asagaya is also home to branches of Tokyo’s two premiere cheap pizza peddlers – Napoli’s Pizza and Sempre Pizza.  You could have dinner at these places on all 31 days of the month and it will only cost you 10,850yen.

Things in Asagaya move slightly slower than places slightly closer to the center of Tokyo.  Koenji has punk, Asagaya has Jazz. If you’re after a bit more high energy entertainment, you might want to look somewhere else.

Narimasu is a station on the famously cheap Tobu Tojo line. According to a survey by major Japanese Real Estate search site “At Home” in 2012, Narimasu was selected as the “easiest place to live” in the 23 wards area of Tokyo. Reasons cited were the low, low rent, the convenience to Ikebukuro (the relatively new Fukutoshin line also runs through the area) and the facilities around the station – which is currently undergoing a major redevelopment. Like every good cheapo neighbourhood there is a historic shotengai – which isn’t being touched by the redevelopment.

There is also a giant muscular sitting Buddha just a short ride from the station, although that’s not quite enough to get it to number 1.

It’s a neighborhood of wide roads, lots of traffic and big ass concrete apartment blocks. Although you’ll find everything from cheap used clothing stores through to cheap supermarkets and even a Kaldi, it’s not like you can pretend you’re living somewhere nicer.

Shimokitazawa dresses in skinny jeans and wears a fedora. You’ve never heard of the bands he listens to and he was doing it before you even knew what it was. Shimokitazawa is that hip. The bohemian town just minutes away from Shibuya and Shinkuju is packed with thrift stores, easygoing dives and izakayas, as wells as a copious amount of coffee shops to keep the java addicts satisfied. A thriving theater and music scene also make up Shimokitazawa’s lure to youth culture. There are a number of theaters in Shimokitazawa and an annual theater festival is held every February. Likewise, an annual music festival is held every July. Fans of all genres trek to Shimokitazawa to find live shows. Sometimes for free. Don’t be surprised if you just stumble upon a band playing for a crowd in a dimly lit alley while traversing Shimokitazawa. Keep in mind this is all within a 500-meter square. Just outside the station area there is a peaceful residential zone near the popular Kitazawa Hachimangu Shrine and the Kitazawa River.

Shimokitazawa can be a little too hip if you know what I mean. I recall once paying more than I’m willing to admit for a coke, just because the venue wanted to be trendy. If you’re going to be a cheapo in Shimokitazawa you have to choose your battles. It may host a number of independently run bars and shops, but chains will almost always be cheaper. Plus you may not be exactly thrilled to live at ground zero for Tokyo’s youth culture. As a wise man once said, I used to be with it, but then they changed what it was. Now, what I’m with isn’t it, and what’s it seems weird and scary to me. It’ll happen to you.

You can find Part 1 of this feature here.

Written by: Aaron Baggett
Filed under: Living
Tags:
Sharing
Questions or comments about this article?
Start a thread on our community forum
Ask our local experts about Tokyo