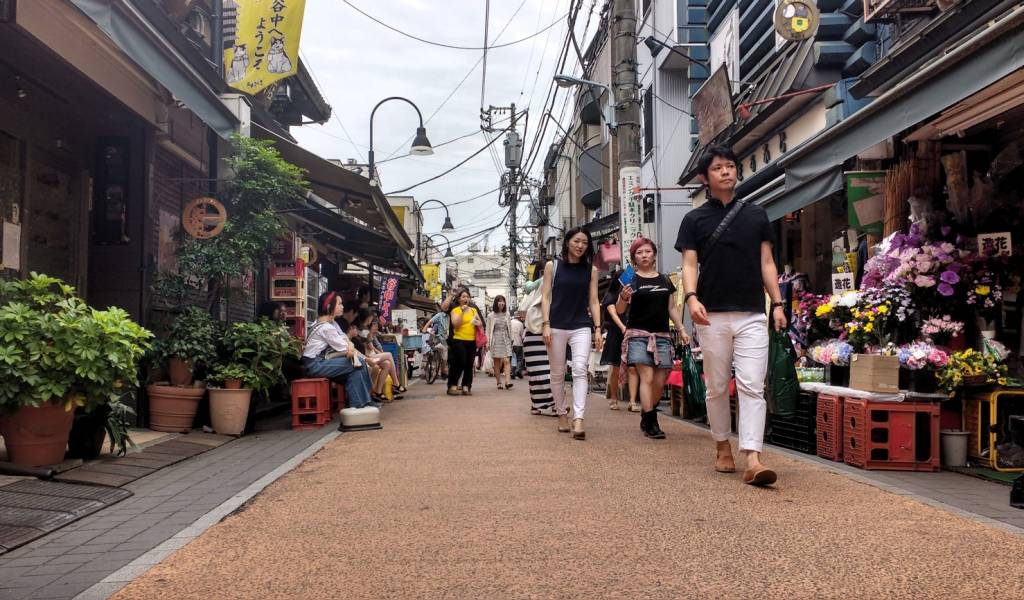 Yanaka is a neighborhood that was so unfashionable that it somehow managed to escape most of the development that transformed almost every neighborhood within the Yamanote Line. Consequently, it has become both an attraction for tourists looking for a window into old Tokyo and a magnet for artists and hipsters looking to renovate old buildings and turn them into a gallery or artisanal coffee shop.

Yanaka is also home to more than 70 Buddhist temples – they are everywhere. While shrines in Japan make their money on life’s happy occasions, Buddhist temples mainly deal with the sad ones, so there’s also a profusion of cemeteries in the area. In places there are streets lined exclusively with temples, graveyards and temple accommodation. There’s also the large Yanaka Cemetery which sprawls over the area to the east of Yanaka Ginza. The gnarled rows of mature cherry trees here provide a spectacular site in early April.

The other thing for which Yanaka is well known is cats, although the recent increase in tourist numbers seems to have sent most of them into hiding. Nonetheless, you’ll see plenty of cat merchandise on a walk around the neighborhood.

All Articles about Yanaka
Do you want all our best tips on Tokyo? Download our ebook guide!

Things To Do in Yanaka