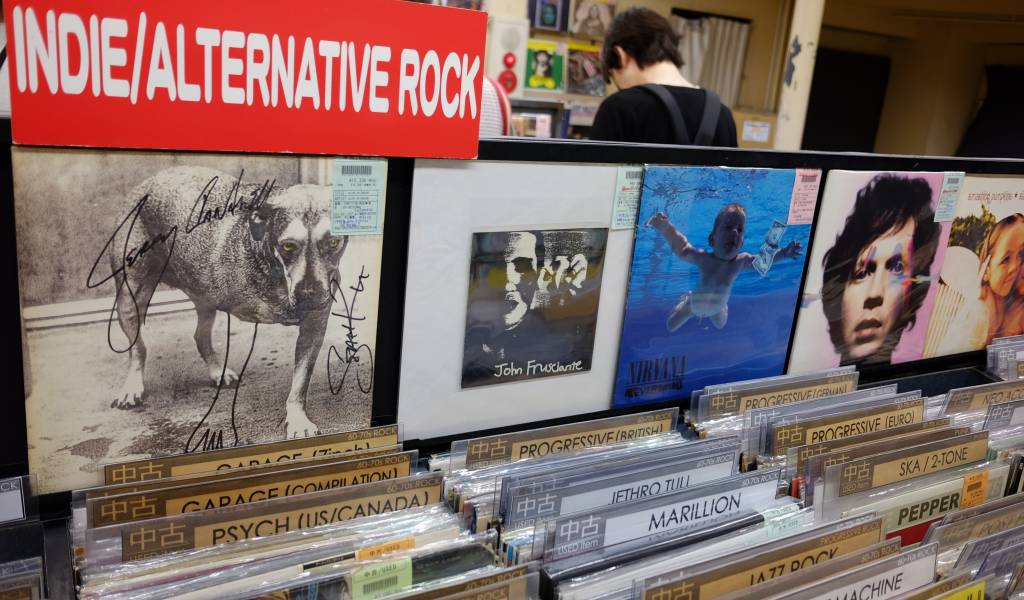 In an age where you can download a whole back catalog in the blink of an eye, Japan’s penchant for records is all the more charming. In the capital alone, there exists countless record stores, catering to all tastes, niches and—most importantly—budgets. Shibuya record stores are among the best in the city, where there are bargains to be uncovered in every crate. Five of the very best, below.

Perhaps not the most imaginative place to start, but Disk Union simply can’t be ignored when it comes to buying records in Japan. The chain is a national institution, loved by all for its unbeatable selection and low, low prices. Indeed, the store prides itself on value for money, with all records set at or below internet prices and constantly marked down if they haven’t sold.

The Shibuya branch—for our money—is the best in Tokyo: a vast palace of used records in genres from J-pop to trip-hop and everything in between. First-timers beware, the store’s sheer comprehensiveness can be a little daunting, especially given the constant presence of hardcore collectors flicking through the crates at the speed of light. The stock is mostly composed of used records, though there’s also a decent selection of new releases and repressings, as well as CDs, music-related books, cheap record players and a few t-shirts. Another plus, unlike most Tokyo record stores, the store is really easy to find and just 10 minutes from the station.

Just up the road from Disk Union, find RECOfan, another store for those that value quantity. This place is cavernous, with a mighty inventory of thousands upon thousands of used records and CDs. RECOfan isn’t pretty—in fact, the strip lighting and musty smell border on depressing—but you’ll soon forget about that once you start digging. Again, the genre diversity is impressive, though there’s a strong focus on classic American rock (think the Beatles, Led Zeppelin and Elvis) and 70s/80s Japanese pop. That said, the hip-hop, jazz and world music sections are strong and the J-pop aisles are always busy.

With so much stock to pick through, RECOfan can be tiring, but boldly persevere and gems are there to be had. Prices are consistently low and seem to be marked down daily, going some way to explain the daily race to be first through the door that some of the regulars partake in. If there’s anything left by the time you arrive, the 100 yen crates are always worth browsing, for a laugh at the comedy record covers if nothing else.

Having been around for over 30 years, Manhattan Records is as much of a Shibuya landmark as Hachiko or the 109 building for Tokyo’s habitual record collectors. Unlike the vast warehouse-like stores we’ve covered so far, Manhattan Records isn’t particularly interested in keeping everyone happy, it instead caters to a relatively niche market of hip-hop, rap, R&B and house fans. Inside this cozy little niche, Manhattan Records is king.

As the name makes clear, the spirit of East-Coast hip-hop is palpable here and you’ll be sure to find a good amount of classic US records in the crates. However, the store also does a good job of representing Japanese artists and underground names, the best of which are featured on the store’s self-released compilation record, The Hits, which comes out periodically. Drop in and you’ll also get to hear that day’s choice records blasted from the fierce sound system and you can even shop for DJ equipment if that’s what you’re after. Prices, though not rock bottom, are reasonable given their quality.

Lighthouse Records is another brilliant Shibuya record store, though again, one with a pretty specialist stock list. The focus here is on house, disco and techno, with a few left-field records thrown in their for good measure. There are some used records, though most retain their shrink wrap, owing to the store’s commitment to being on the cutting edge of the scene. Consequently, it’s a common haunt for local DJs on the club circuit and for visiting DJs who’ve caught wind of its reputation.

The store is just minutes from the pandemonium of Scramble Crossing, yet its fourth-story perch and laid-back vibe put it in a different world entirely. You’re unlikely to find any bargains to write home about at Lighthouse Records, but prices are more than fair given that many of the records are impossible to find elsewhere.

Make your way out of central Shibuya along Meiji-dori and you’ll soon stumble upon Hi-Fi Records, a small record store that is well worth a visit if you’re on the hunt for bargains. Though compact, the owners cram plenty of stock into this place, meaning elbow room can be at a premium if they’re busy. Find a spot, however, and you’re in for a treat. The specialization here is probably jazz, but there’s also a lot of rock, folk and pop to flick through. The majority of records are used but in excellent condition and priced extremely reasonably (excuse the oxymoron). Although not as extensive, flashy or specialist as other stores, Hi-Fi Records is reliable with a pleasantly homey feel to it. 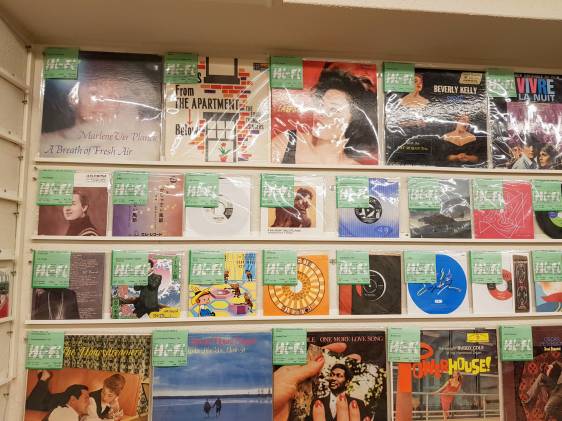