I wish someone much cooler than myself had told me about Shimokitazawa when I first moved to Japan, because the novelty of Shibuya can wear off mighty quick and there is really only so much gaudy crap you can buy in Harajuku. Music happens in Shimokita! Alternative lifestyle haircuts and porkpie hats by the boatload happen! Luckily, this unpretentious cousin of international hipster enclaves is a straight shot by train from Shibuya (120yen), or a two-ish mile walk along what must be one of the most beautiful railside paths in Tokyo (0yen).

You know you’re close when the vintage record and used bookstores begin, and the tiny cafes with posters from French art house cinema hanging in the windows, and the dusty greengrocers hawking nashi for an unbelievable 98yen apiece.

Oh yes, and the thrift stores. With Shimokitazawa’s high-density concentrations of vintage, used, boutique, antique, fair trade, artesan, and puzzling bric-a-brac stores, it’s hard to know where to begin. Not to mention that the narrow streets wind and skew off confusingly on either side of the station. So to be completely honest, it was the ice cream store on the corner that I was originally eyeing when I saw the sign for Ragla Magla and Don Don Down on Wednesdays–a two-for-one of curiously named thrift stores that occupy the entire second story of the building.

Ragla Magla‘s business cards are printed on vintage Valentine’s Day cards, and the store’s bids for affection include decor that consists of a ragged Persian carpet, Coleman lanterns, a dressmaker’s dummy, and several globes, but above all, the neon reminders, “ALL 990 YEN”. I had to ask the clerk for confirmation repeatedly. Are you absolutely sure that this is only 990yen; what about this? Amused by my mounting glee, he confirmed–everything in the store is 990 yen–the blazers, the duffle coats, denim jackets, vintage t-shirts, boy scout shirts, plaid shirts, and paisley everything. 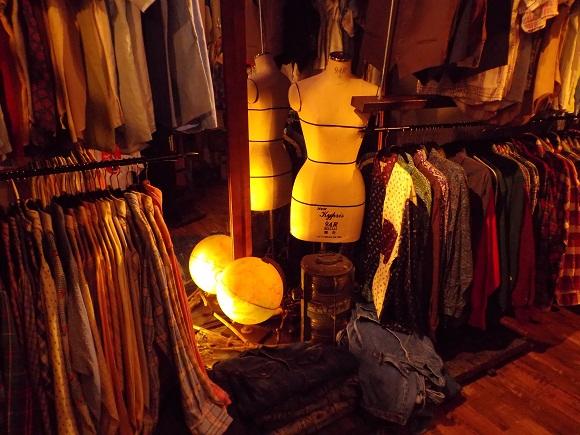 The tactic at neighboring Don Don Down is to radically discount their original prices every Wednesday; their website offers the example of an item originally priced 2,000yen reduced to 1,500yen the next week, 900yen the next, and so on. The minimum price of any item sold at the store is 100yen–but some of the brand name stuff starts pretty steep, so you have to either have the patience of a saint (a patron saint of consumerism) or catch the 25%-off sales running through today until Wednesday the 15th. 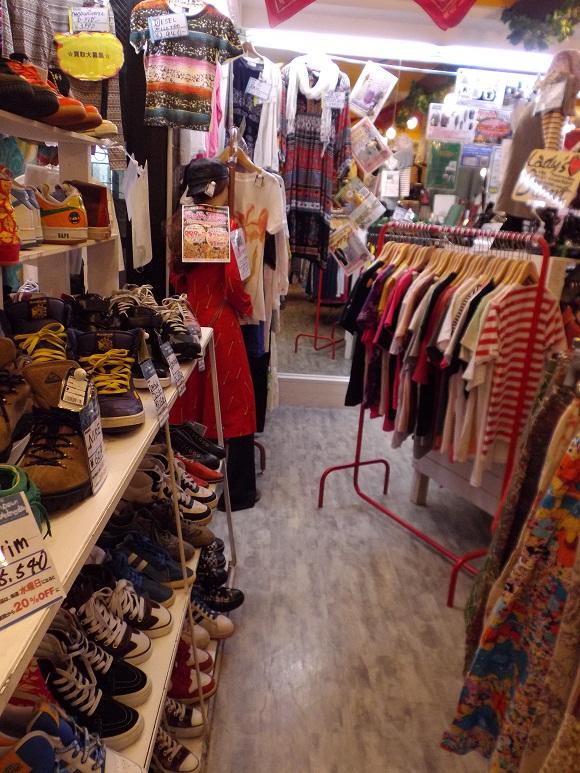 Tip: You can buy most things secondhand in Shimokitazawa (except maybe at that fortune telling cafe, 1000yen for fifteen minutes)–music, for example. As of August 4, Disk Union music store is holding a “premium vintage vinyl sale” of its soul/funk/rare groove collection. In the large used CD section, find recent releases for 500yen and under, rediscover your love for a certain 90s pop musician, or discover for the first time William Shatner’s career as recording artist (why didn’t anyone tell me about that?)

Thriftin in Shimokitazawa
Shimokitazawa
Written by: Mine Serizawa
Filed under: Fashion | Shopping
Tags:
Sharing
Questions or comments about this article?
Start a thread on our community forum
Ask our local experts about Tokyo