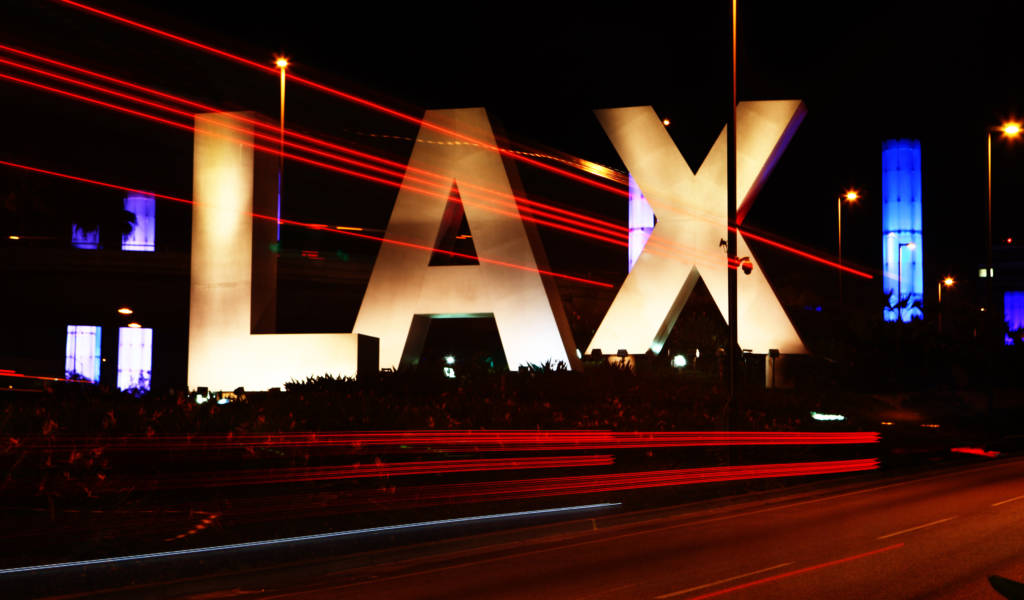 Getting the Cheapest Flights Between Los Angeles and Tokyo

Eight flights a day connect two of the world’s favorite cities, making travel from Los Angeles to Tokyo (and vice versa) a breeze. Whether you’re looking to hit up Japan’s capital on the holiday of a lifetime or fly in for business, this article is all about helping you to get from Los Angeles to Japan on the cheap. We’ve thrown in a few tips and tricks about timing your flights to Tokyo and things to do on the way, too, because we’re generous like that (who said cheapos had to be stingy?).

If you’re flying straight from LAX to Tokyo (either Haneda or Narita Airport), you’re looking at around 11 hours and 30 minutes of air time. The return route is about an hour shorter. Routing via a transit point can save you a couple of hundred dollars (or more, depending on the airline and travel season), but also adds an extra 8-28 hours to your journey. If you’re going to go indirect, the fastest and least exhausting options are flying via San Francisco (often on a codeshare flight), Vancouver, Taipei or Shanghai (though the latter can also be one of the longest, if you don’t pick your flights carefully).

Looking for travel insurance for your trip? Read our guide to coverage in Japan.

ANA, good old JAL, Singapore Airlines and several US carriers all offer direct flights from LAX to Tokyo, and prices are generally fairly competitive. You can’t go wrong with any of the first three choices—as for selecting one of the latter, we’ll leave that up to you. Have a closer look at Skyscanner to see what the best rates are for your travel dates.

If you’re hellbent on flying into Tokyo via somewhere else, your best bet is to look for deals on either codeshare flights (e.g. Delta and ANA), Air Canada, Air China or China Eastern, or Korean Air (a good choice if you’re keen on a stopover in Japan’s nearest neighbor).

Our advice: Cap your flight time at 20 hours if possible, unless you’re spending the night at a hotel in the in-between country. Anything more than a day in the air makes for extremely weary cheapos tottering off the plane in Tokyo! Note that 2-stop indirect flight deals aren’t usually much cheaper than 1-stop indirect options, so work on the principle that the fewer stops you have, the better.

And finally, a word of warning: Avoid, at all costs, non-protected self-transfers. These not only require you to re-check in your baggage at your transfer point, but your onward flight is done at your own risk. If you miss it, you need to buy another ticket on the spot. Transferring from one airport to another at a connection point (e.g. in Shanghai) is also not something we recommend.

Best time to fly from Los Angeles to Tokyo

While spring and fall are the most beautiful seasons for Japan, summer and winter are awesome in their own ways, too (just rather hot, and rather cold, respectively). When booking your flight, be aware that cherry blossom season (late March to mid-April) is busy and expensive due to everyone wanting to see the sakura. Golden Week (the bunch of national holidays at the end of April and in early May) and the New Year period can also be challenging for your credit card. Other times that should be avoided if possible are the O-bon period in mid-August and the Chinese New Year (around February). If you can’t, or don’t want to, avoid traveling around these dates, at least try to book your tickets waaayyyy in advance to get a better deal.

If you have a choice between Narita and Haneda Airport for the same price, opt for Haneda. Since it’s in Tokyo, it’s probably closer to where you’re wanting to go—and it offers a nicer overall experience, too. It’s newer and all sleek and stuff. Narita is older and out in the sticks of Chiba Prefecture (next door to Tokyo Prefecture), meaning that your transfer time from the airport will be longer (and a little pricier, too). Naturally, most flights terminate in Narita, because we’re not the only ones who are budget-conscious (airlines, we’re looking at you). Have a look at our articles on the cheapest ways of getting from Haneda to Tokyo and the cheapest ways of getting from Narita to Tokyo to compare transfer routes and rates.

Going the other way round: flights from Tokyo to Los Angeles

Obviously, with this being a route between two major metropolitan areas, there are a plethora of flight options available if you want to start and end in Tokyo instead of LA. United Airlines, Delta, Finnair, American Airlines, ANA and JAL all offer direct flights, starting at around a relatively restrained ¥88,290 and quickly ratcheting up to about ¥122,098, with a fair number of other direct flight offering coming in well above that.

It bears repeating that prices fluctuate according to season. And, as always, faster flights are more expensive. The flight time between Tokyo and LAX is only about twelve hours on a direct flight, though (but beware of jet lag — you’re going to experience a 16-hour time difference, which might leave even the most intrepid jetsetter blinking and wondering what happened). Note: many Tokyo-LAX returns have a direct flight on the outbound route but one stopover on the return leg.

Indirect flights between Tokyo and Los Angeles are both cheaper and slower. China Eastern, Air China, Singapore Air, and Cathay Pacific all offer indirect flights for between about ¥69,638 and ¥120,647. Keep your wits about you when booking through an airline you’re not familiar with on a route you haven’t done before — some of the cheapest tickets include eyewateringly-long layovers or, worse, changing airports at the stopover point. If you consider a frenzied dash by bus, train or taxi across Seoul or Shanghai to be better than seeing nothing of the city at all, this might work for you, but generally we advise against it.

Tokyo as a layover

Keep in mind that it’s totally possible to enjoy a short break in Tokyo as a stopover on your way to another part of Asia, Europe or somewhere else. For some fun (cheap) ideas on what to do if you’re in town for just a day or two, have a look at our Haneda Layover Guide and our Tokyo in 24 Hours Itinerary. Our list of 101 Cheap and Free Things to Do is useful for building an itinerary for longer stays.