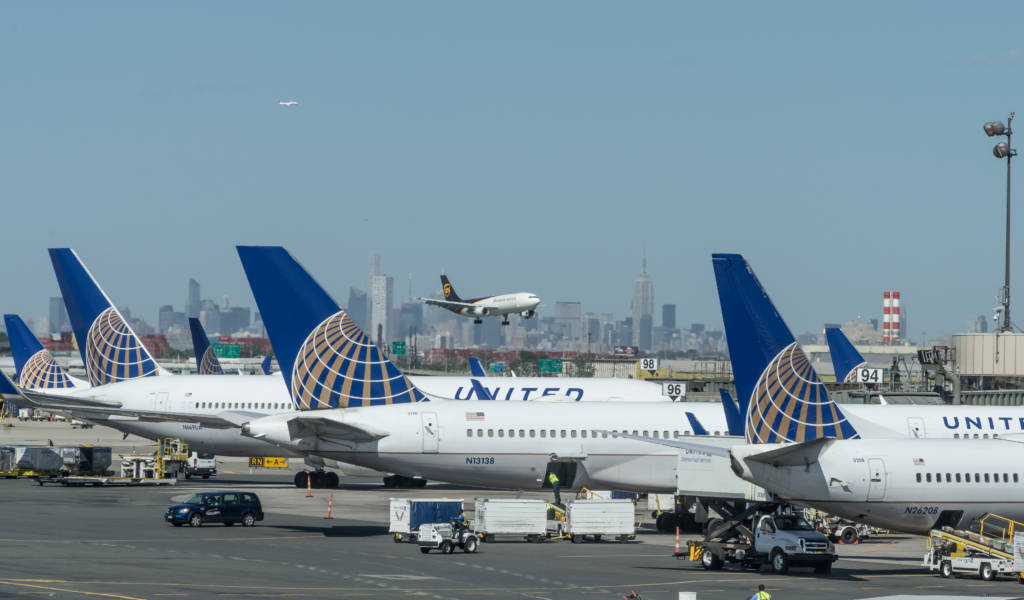 Getting the Cheapest Flights Between New York and Tokyo

New York City and its bustling Japanese counterpart, Tokyo, are connected by five direct flights a day, and a heap of indirect options too. With flight times averaging out at around 14 hours, it’s a relatively easy route whether you’re jetting in for business or pleasure. Read on to find out how best (and most cheaply) to fly from New York to Tokyo (and vice versa), and what to do when you touch down.

Whether you embark at JFK International Airport or Newark International (EWR), you’re looking at a solid 14 hours of non-stop flying. The return journey is an hour shorter. If you opt to fly from New York to Tokyo via a transit point, you stand to save several hundred dollars on your ticket, but can expect to add anything from 8-24 hours to your travel time—it all depends on where you connect. Going through another US city (like Chicago or Boston) or Toronto is generally the most chilled route, while stop-offs in Seoul or Beijing are also workable options. Shanghai and Istanbul are also connection points, but flight times can be excessive, especially for the latter.

JAL, ANA, United (often operated by ANA) and American are your choices when it comes to flying direct from New York to Tokyo. Rates fluctuate widely between the carriers, as well as by season, so dig around on Skyscanner to see what’s on offer for the period in which you plan on traveling.

So you need to save those yens—we understand. In that case, your top options are flights with Air Canada, Korean Air, Asiana Airlines, Air China, China Eastern and Aeromexico. You’ll see a bunch of other airlines on Skyscanner, including the afore-hinted Turkish Airlines, but check transit times carefully before you book with one of them.

Our advice: If you’re keen on making a mini-holiday out of your stopover, that’s great—but if not, we suggest avoiding any deals that involve layovers longer than nine or ten hours. Anything above that means you’re traveling for more than a day, and will be shattered by the time you roll into Tokyo town. Some indirect flights offer a shorter flight in, but then require a massive wait on the way back—avoid these. Scroll through the search results until you get a balanced deal—there’s usually one available.

Before we get to prices proper, a word of warning: Never go for non-protected self-transfers. These require you to re-check in your baggage at your transfer point, and also offer no safety net for missed connections. If you can’t make it to your onward flight for some reason, you’ll be forced to cough up for a whole new ticket. Transferring from one airport to another at a connection point (e.g. in Shanghai) is also a less-than-ideal arrangement.

Best time to fly from New York to Tokyo

Spring and fall are the most popular times to visit Tokyo, as that’s when the weather is nicest and nature prettiest. Fall is the quieter of the two seasons, and is generally kinder to your wallet. If you can cope with sauna-like conditions, summer is fair game too, and winter, while chilly, can be a cheap time to holiday as well (caveat below, though).

If you aren’t dead-set on seeing the cherry blossoms, give late March to mid-April a wide berth. Also best avoided is the period known as Golden Week, a cluster of national holidays at the end of April and running into early May. In winter, the weeks before, during and after New Year are a no-go (just look at those ticket prices. Go on. Now weep.), as is O-bon in mid-August. The Chinese New Year celebrations of mid-February (or thereabouts) can also be a less-than-strategic time for cheapos to visit. If you can’t, or don’t want to, avoid traveling over these dates, book your tickets as far in advance as possible.

If you find yourself in a situation where you can book a flight to Haneda Airport for the same price as one to Narita, definitely, definitely go for the former. Haneda is not only a more modern airport, with shiny new architecture and comfortable features, it’s also much closer to Tokyo. That’s because it’s in Tokyo proper (less than 30 minutes away from the city center). Narita, on the other hand, is way out in neighboring Chiba Prefecture (think rice paddies and a faux Dutch windmill), making transfers a bit more of a mission. For more on the post-arrival trek, check out our articles on the cheapest ways of getting from Haneda to Tokyo and the cheapest ways of getting from Narita to Tokyo.

Tokyo as a layover

Even if you don’t have much time to spend in Tokyo, you can still enjoy a brief sojourn on your way to another destination in Asia, Europe or elsewhere. Cool and cheap activities (and accommodations) abound both near Haneda and Narita Airports, as well as short train or bus rides away. For ideas on what to do if you’re in town for a couple of days (or less), check out our Haneda Layover Guide and our Tokyo in 24 Hours Itinerary. Our list of 101 Cheap and Free Things to Do is also worth a read.

Flying from Los Angeles to Tokyo? This is the article to read.

The reverse route: flights from Tokyo to New York

Breakfast at Tiffany’s. Museums. Art. Central Park. Fifth Avenue. There are as many good reasons to go from Tokyo to New York as there are to head the other way. Unsurprisingly, then, there are a number of indirect and direct flights from Tokyo to the Big Apple. Prices in this section are based on estimates from February 2020, but be aware that December is the busiest month.

Indirect flights require a thinner slice of cash, happily, but be aware: as we’ve warned above, some of the cheapest indirect flights between Tokyo and New York will involve changing airports in major urban centres such as Seoul or Shanghai. For example, China Eastern dominates with flights of between ¥72,000 and ¥99,100, but flights on the cheaper end of the range usually include changing airports in Shanghai. Asiana Air, Philippine Airlines, and Cathay Pacific both offer single-stop flights from Tokyo to New York for around ¥100,000.