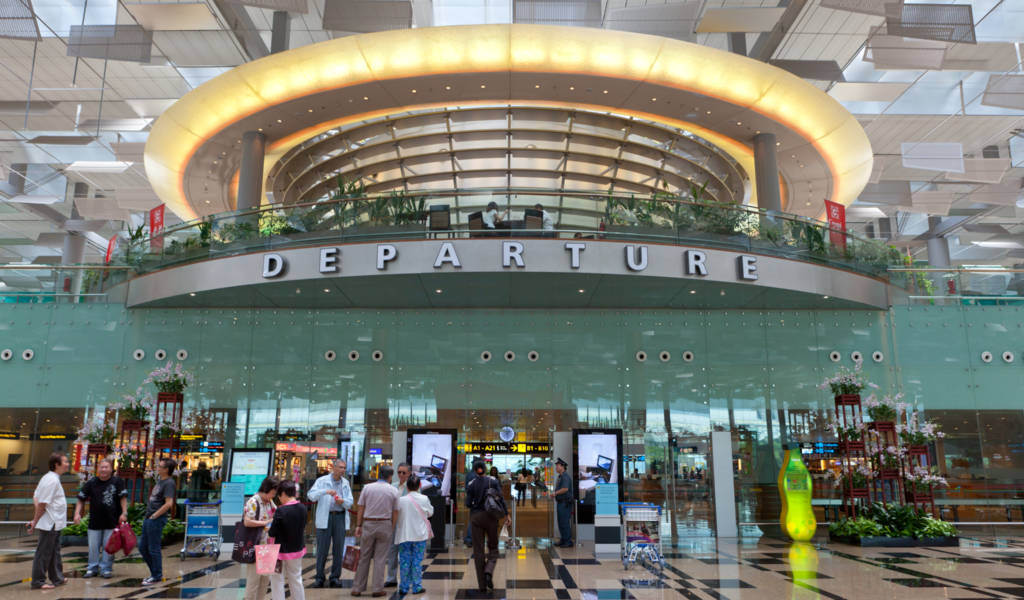 Getting the Cheapest Flights Between Singapore and Tokyo

One of the major sources of visitors to Japan, Singapore is well served by 13 direct flights to Tokyo a day (and a few to Kansai International Airport down in Osaka, too). Planning a holiday or brief business jaunt? Here’s how to find the lowest fares from Singapore to Tokyo, with a few tips and tricks from our seasoned cheapo travelers.

Flight times from Singapore to Tokyo

When flying directly (non-stop) from Changi Airport in Singapore to Tokyo (either Haneda or Narita Airport), you’re looking at just over seven hours on the plane. The relatively short flight time (compared to other international destinations) makes Tokyo (and Japan as a whole) an appealing place for a short-ish holiday.

Looking for travel insurance for your trip? Read our guide to Japan coverage.

However, as on any route, direct doesn’t mean cheap, necessarily, so many budget-conscious travelers opt for a flight that involves one or more transfers. While this can save some dollars, it can add anywhere from 2 to 25 hours to your journey. The fastest (and least exhausting) options are flying through Hong Kong, Bangkok, Hanoi, Kuala Lumpur or Shanghai.

The first airline that comes to mind for many is, of course, Singapore’s national carrier, but ticket prices fluctuate between very cheap and very steep. Delta Airlines, ANA, Scoot and JAL all also offer direct flights from Singapore to Tokyo; of these, JAL is usually the most expensive, and Scoot often requires a connection on one of the legs of the journey (or is just a really long flight).

Our advice: Limit your total flight time to no more than 20 hours (even that’s a bit long, 9-12 hours is ideal), or the money you save in fees won’t be worth the fatigue you rack up on your travels. If you’re so exhausted you can’t enjoy Tokyo when you arrive on holiday, a cheap deal seems almost pointless.

And a word of warning—avoid, at all costs, non-protected self-transfers. With these, not only do you have to re-check in your baggage at your transfer point, your onward flight must be reached on time, at your own risk. If you miss it, you need to buy another ticket. Transferring from one airport to another at a connection point (e.g. in Taipei) is also not recommended.

Best time to fly from Singapore to Tokyo

The advice we’re about to dispense doesn’t differ much from other routes to Japan. When booking your tickets, the golden rule is to avoid cherry blossom season (late March to mid-April), Golden Week (the cluster of national holidays at the end of April and in early May), and the New Year period. Travel (domestic and international) peaks during these periods, pushing up airfares. Other busy times are the O-bon period in mid-August (when Japanese people return to their family homes) and the Chinese New Year. If you can’t, or don’t want to, avoid traveling around these dates, try to book your tickets super far in advance.

You’ll often find that airfares to Narita are a bit lower than those to Haneda. The downside to arriving at Narita is that it’s all the way out in Chiba Prefecture, which is Tokyo’s neighbor. Haneda Airport is located in Tokyo proper, making for shorter travel times into the city. It’s also substantially snazzier. If you see two flights at the same price, with one terminating in Narita and one in Haneda, definitely opt for the latter. Give our articles on the cheapest ways of getting from Haneda to Tokyo and the cheapest ways of getting from Narita to Tokyo a read, too, to compare routes and rates.

Tokyo as a short stopover

It’s entirely possible to enjoy a mini holiday in Tokyo as a stopover en route to another part of Asia, or even Europe. For ideas on what to do if you’re in town for a whirlwind tour, see our Haneda Layover Guide or our Tokyo in 24 Hours Itinerary. Have a peek at our list of 101 Cheap and Free Things to Do to build an itinerary for slightly longer stays.

The reverse route: Tokyo to Singapore

Singapore Airlines dominates the Japan to Singapore route, offering direct return flights for between ¥45,000 and about ¥54,000. JAL and ANA are also frontrunners in the direct flight market — JAL offers a direct flight for ¥53,000, while ANA offers a return for ¥61,000.

However, if you’re not on expenses or in a rush, indirect flights are usually significantly cheaper. Scoot offers indirect flights for prices in the region of ¥46,000. Scoot and Air Asia/AirAsia X offer a Tokyo-Kuala Lumpur-Singapore flight for ¥41,000 or so. Even Cathay Pacific is in on the action, with a return from Tokyo to Hong Kong to Singapore, and back, for ¥42,000.