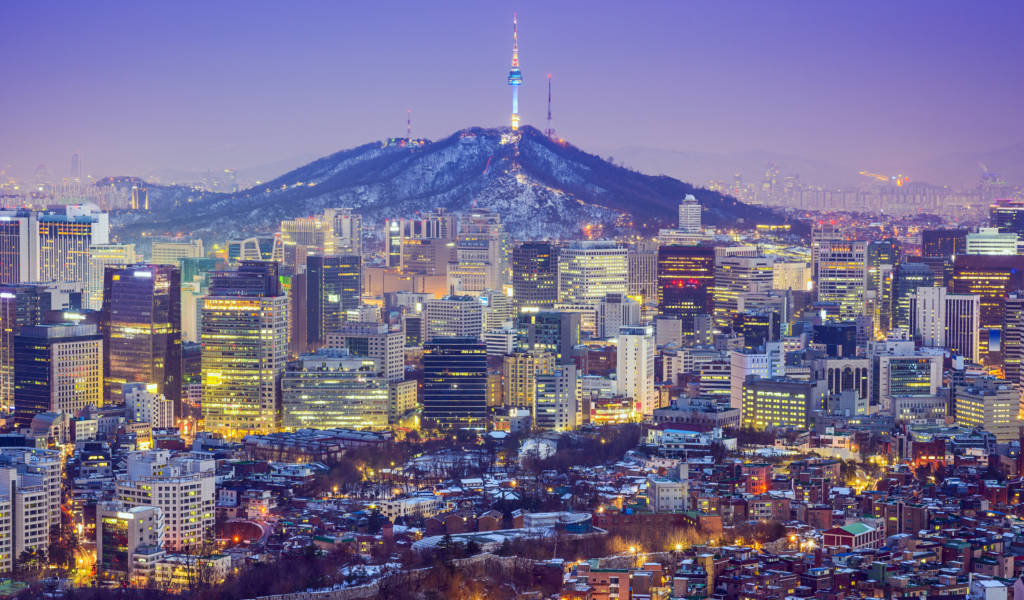 How to Get Cheap Flights Between Tokyo and Seoul

Whether you are staying in Tokyo for a while and want to take a side trip, or you plan to continue your travels onward to/from South Korea—Tokyo and Seoul are separated by about 2.5 hours on a plane, and flights are often dirt cheap. Here’s how to find the best air deals between the two cities.

A number of (mainly Korean) low-cost carriers (LCCs) operate between Tokyo and Seoul, and prices are super reasonable in both directions. Osaka, Japan’s second-largest city, also has a large international airport, and LCC flights to Seoul leave daily—however, not quite as frequently as between Tokyo and Seoul.

How to find cheap flights between Tokyo and Seoul

A good place to start is a fare comparison site like Skyscanner.

However, it is worth cross-referencing the fares on Skyscanner and other comparison sites with those offered directly on airline websites. Sometimes, buying directly is cheaper or special offers are only available with the airline itself.

There are several low-cost carrier airlines that fly between Tokyo and Seoul, all with offers starting from as low as ¥1,000 for one-way fares. See more below. Legacy airlines including ANA, JAL, Korean Air and Asiana also fly between Seoul and Tokyo; however, these flights are usually in the hundreds of dollars, making them several times more expensive than the LCC offers.

When searching on comparison sites, opt for direct flights only. There is no convenient stopover for this short-distance flight and almost without exception, layovers on the Tokyo-Seoul route will make your flight not only longer, but also more expensive.

However, if you are on an Asia trip, Seoul can be a stepping stone on your way up from Japan, northbound for China or Russia. If you want to do Taipei, Shanghai, Seoul, and Tokyo, one-way flights also make more sense–and luckily there is no price penalty for not getting a return with the LCCs plying the Tokyo-Seoul route, which is the northernmost bit of this quartet.

LCC airlines that fly between Tokyo and Seoul

This Korean low-fare airline usually has the best deals, but you will need to get all the way to Narita for it. Flights currently leave at noon and in the evening.

This Korean low-cost carrier currently offers two flights per day from Tokyo to Seoul: one in the morning and one in the early afternoon. It’s best to book through flight comparison sites, as their website is only available in Korean.

Tokyo base: Narita Airport
Terminal: 1
English website: No
Fares: From ¥8,590 one way
Flights per day: Two

A Korean LCC with fantastic deals. Flights currently leave Narita around noon and in the evening.

Peach Aviation is a Japanese LCC with distinctive purple planes. While it leaves the more convenient Haneda Airport and offers good deals, the only flight they operate to Seoul leaves at 01:45 or 01:55 (depending on the day).

Named after Korea’s famous World Heritage island, and self-proclaimed number-one LCC of Korea, they do offer some good deals. They currently run two or three flights, at noon, in the early afternoon and evening from Tokyo to Seoul.

Note: You might also come across Hahn Air, but as they are operated by T’way or Jeju Air, we are not listing them separately.

Tokyo base: Narita Airport
Terminal: 3
English website: Yes
Fares: From ¥3,500 one way
Flights per day: 2-3, depending on the day

Another Korean LCC with some of the lowest fares around. Flights currently leave twice a day, once late in the morning, once in the early evening, both for Incheon.

Tokyo base: Narita Airport
Terminal: 1
English website: Yes
Fares: From ¥2,000 one way
Flights per day: Two, depending on the day

Most Tokyo flights for Seoul leave from Narita Airport. This is a bit of a bummer, as it is not only further away (it takes around 60–90 minutes to get there from central Tokyo), but is also more expensive to get there.

Pro tip: If you are traveling with lots of luggage, you can arrange to have it ported to/from the airport, making the transfer easier. Cheapo readers get a nice little discount.

Haneda is by far the more convenient airport (around 30–45 minutes from central Tokyo), and depending on where you start from, the train fare should land you somewhere in the ¥500 to ¥1,000 range, while Narita will set you back around ¥1,000 to ¥3,500, depending on which option you choose.

In short, a flight leaving Narita that is only a few thousand yen cheaper than one leaving Haneda might not be worth it. It pays to add in your transfers before booking.

Note that Seoul also has two airports: Gimpo Airport is a bit closer to the city center of Seoul, making it a slightly more convenient option compared to Incheon, the larger of the two.

Looking for insurance for your trip? World Nomads and SafetyWing are two providers we like.

Bonus: The best time to visit Tokyo and Seoul

While their climates are generally quite similar, Seoul is overall a bit cooler and less humid than the more southerly Tokyo. Winter in Seoul can be quite cold for sightseeing, with temperatures dropping below 0 °C, but can still entice many in Tokyo with its Christmas illuminations, and indoor thermometers generally in the comfortable temperature range.

The best season is often thought to be spring, when you can witness the cherry blossom in both cities—late March to early April in Tokyo, and slightly later in Seoul. Autumn also usually brings pleasantly warm and dry weather in both cities.

Summer is best avoided in Tokyo, unless you are okay with tropical heat and humidity. Seoul is slightly less extreme, but also not the most pleasant. Plus, June is the rainy season in Japan, which almost seamlessly transitions into typhoon season from August to September (give or take a few weeks on both ends) and is best avoided. Read more about the best time of year to visit Tokyo.

If you are looking for a nearby Asian break, consider Taiwan as an alternative, with its vibrant night markets, cheap shopping, and great food culture.

If you’re keen to reduce your carbon footprint, consider planting a tree or two to help offset your flights between Seoul and Tokyo. We like Platbos Forest in South Africa, which charges about ¥1,000 to pop an indigenous tree into the ground on your behalf.

While we do our best to ensure it’s correct, information is subject to change. Article intended as a rough guide only.

Written by: Mareike Dornhege
Mareike's Tokyo favorites are: The Ultimate Hachijojima Itinerary: A Tropical Weekend Just 1 Hour from Tokyo, Hachijojima: Tokyo’s Tropical Getaway, Top Diving Day Trips from Tokyo
Filed under: Getting around | Transport
Tags:
Sharing
Questions or comments about this article?
Start a thread on our community forum
Ask our local experts about Tokyo