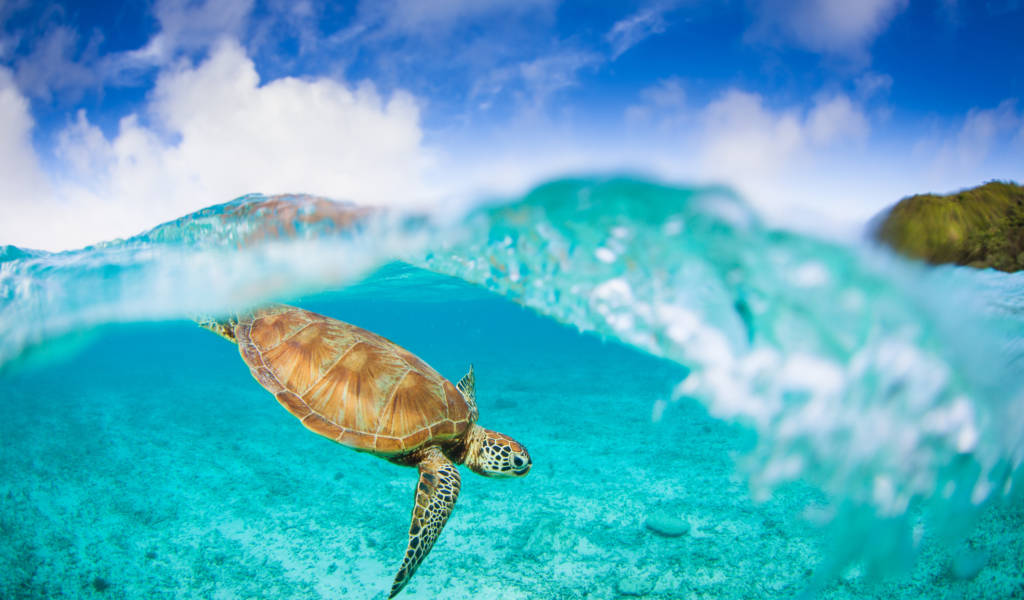 Tokyo to Okinawa: How to Get to the Islands

Simply put, Okinawa is Japan’s answer to paradise. If you want to stretch out on golden sands, swim with turtles and explore (relatively) uninhabited islands, read on for budget-friendly ways of getting yourself from Tokyo to Okinawa.

Made up of over 150 islands and lying about 400 miles from the rest of Japan, the Okinawan archipelago is in its own world. Beautiful clear seas are waiting to be explored, mountains hiked and cocktails drunk. Whether you’re in Japan for a few weeks or living here, if you’re in need of a break then Okinawa is it. But it pays to plan ahead and look at how to get from Tokyo to Okinawa, as the island destination is no secret. With the combination of distance, sea and popularity to compete with, the ways to get from mainland Japan to Okinawa can be limited.

Flights from Tokyo to Okinawa

This is pretty much the only realistic option, but can be affordable. The main concern is when you travel. As one of the most popular spots for domestic holidaying, periods like Golden Week see prices skyrocket and seats sell out fast, so are best avoided. August is also peak travel time due to the number of summer events and festivals taking place across Japan—and the Okinawan resorts and beaches get packed despite it being typhoon season.

Pro tip: Here’s a cool little trick—see which day of the week is cheapest for this route.

Airlines to look out for on the Tokyo to Okinawa route

Low-cost carriers Peach Air and Jetstar fly to Okinawa (touching down at Naha Airport) from Narita, and offer good deals with return trips coming in at around a pretty stable ¥10,000 for the earlier months. These prices creep up through the year though, reaching around ¥17,000 and higher in May and sometimes over ¥30,000 in July and August. They do have quite a few sales, however, and budget fares can be snapped up as early as January for the summer months—just bear in mind that they sell out fast.

Both ANA and JAL offer special discounts on domestic flights for foreign visitors, meaning you can get any flight for a maximum of ¥11,000. #win Read more about the JAL Japan Explorer Pass and the ANA Experience Japan Fare to see if they might work for you.

Note: You need to reside outside of Japan and have a return flight to your home country to be eligible, and these tickets are only available through the direct sites (so, unfortunately, you can’t book them through Skyscanner or similar sites).

Both companies also offer similar flight deals which can only be booked through selected travel agents outside of Japan before you depart, including the ANA Visit Japan Fare for ¥26,000 and the JAL Welcome to Japan Fare for ¥28,600. There are also specials on travel between the main island of Okinawa and outlying islands, like Ishigaki. Both of these deals work on a coupon system; the prices we give here are for two coupons, the minumum you can buy. Flights to Okinawa will be half that amount.

Pro tip: Book a private transfer from Naha Airport or an airport limousine bus to your accommodation in Okinawa before you set off.

Flights from Osaka to Okinawa

If your heart is set on Okinawa but your wallet isn’t, you have a few options. Before you give up on your Tokyo to Okinawa holiday quest, note that sales often feature more flights between Osaka and Okinawa. So, if you are traveling there anyway, flying out of Kansai Airport might be preferable.

With some luck and searching, you could even catch a highway bus to Osaka specially for a cheap flight. You can check booking sites like Kosoku Bus and Willer Express to see what bus deals are available for your travel dates.

If flying really isn’t your thing, then there is another way to get to Okinawa from Tokyo, but it is quite time consuming. If you are determined, you can catch a Shinkansen all the way down to Kagoshima and then hop on a ferry for 26 hours. Yeah, maybe time-consuming was an understatement. The journey to Naha costs approximately ¥14,880 without a bed, ¥29,760 with a bed, and ¥37,200 if you want a “first-class” experience. It’s run by a company called A-Line, and leaves 3-4 times a week. Note that the website is (mostly) in Japanese.

Things to do in Okinawa

Okinawa is jam-packed with things to see and do, especially in and around the water. For ideas, check out these snorkeling and diving tours. For more on what there is to see and do in Okinawa, have a look at our dedicated Okinawa guide or this guide on how to enjoy the islands on a tight budget.

The main hub of the Yaeyama Islands and 250 miles from Okinawa proper, Ishigaki is an even more idyllic area—full of beaches, coral-filled seas and a national park. Ishigaki is popular enough to have its own airport, meaning you can fly direct from Tokyo, or from Naha in Okinawa.

Alas, there is no ferry service from Okinawa to Ishigaki. But from Ishigaki, you can catch a ferry to the nearby islands of tiny Taketomi, wild Iriomote and more. Day or overnight trips are possible.

Flights from Tokyo to Ishigaki

Few of the cheap airlines fly directly from Tokyo to Ishigaki, so it is rather pricey. ANA and also JTA (part of JAL) service the route, though, so if you can use those magical foreigner passes, this is a great way to make the most of them.

Flights from Okinawa (Naha) to Ishigaki

This option is offered by ANA, Solaseed and JTA. If booked in advance, you can get flights for about ¥13,000 return. You may be able to use the special passes mentioned above, and Solaseed offers discounted Enjoy Japan fares too. Read more about getting to—and staying on-Ishigaki Island.

You could always stay Tokyo-side and head to the island of Shikine-jima instead. It’s a fair whack cheaper, and makes for an easy weekend trip. You can also make day or overnight trips to some of these awesome beaches that are even closer to Tokyo.

Psst: Have you considered the 9 secret islands of Tokyo?

While we do our best to ensure it’s correct, information is subject to change. This article was originally written in January, 2017. Last updated in March, 2020.