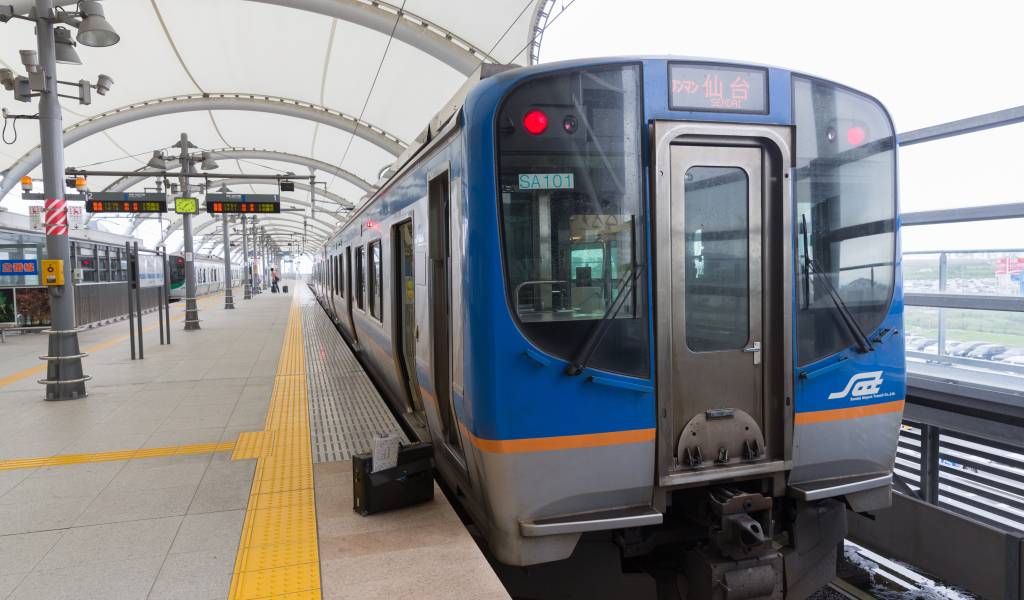 Tokyo to Sendai: The Fastest and Cheapest Ways of Getting There

Situated about 350km northeast of Tokyo, Sendai is the capital of Miyagi Prefecture and the gateway to the Tohoku region.

Though over a million people call Sendai home, the city is one of the most under-appreciated in Japan. It’s known as the transit point for trips to Matsushima—the famous bay of pines, as well as many other scenic spots. However, Sendai itself has plenty to offer travelers, including giant Buddhist statues, shrines, temples, shopping, historical sites, museums and more. The summer Tanabata festival is one of the best nationwide, and the way the zelkova-lined boulevards light up in winter is metcha magical. Here’s how to get from Tokyo to Sendai to see all the things for yourself.

Note: If this is not your only domestic trip while you’re here, buying a Japan Rail Pass (JR Pass) will probably work out to be the most economical way to get from A to B and then Y and Z. This discount rail ticket gives you virtually unlimited bullet train rides for 7, 14 or 21 days. If you’re taking a quick jaunt from Tokyo to Sendai, then zooming down to Kyoto or Hiroshima, for example, the pass will more than pay for itself.

Just doing the Tokyo to Sendai route? One-way Shinkansen tickets are available. So are buses and other cheapo options. Details follow!

The ride from Tokyo to Sendai is a short one on the Tohoku Shinkansen—you’re looking at 90-120 minutes, no transfers required. The Hayabusa and Komachi bullet trains are the fastest options, with the Yamabiko on the slower side. All of the models can be taken with the JR Pass and most regional rail passes too. There are a couple of trains every hour, making for easy travel planning.

In peak season, which includes spring and summer vac, Golden Week and the New Year holidays, a regular one-way ticket costs about ¥11,400 on the Hayabusa and Komachi. It’s a few hundred yen cheaper on the Yamabiko, or if you go in the off season.

You can save around ¥700 yen by opting for unreserved seating (jiyuuseki), but this might see you standing for the entire journey—especially during peak season. If you are traveling with kids, are carting around a ton of baggage or just aren’t into that vertical vibe, you’re better off booking a reserved seat (shiteiseki) rather. You can reserve seats easily in advance, both online and at JR ticket offices.

The best way to lower the cost of a bullet train ride is to buy a Japan Rail Pass (if you’re a short-term visitor), or one of the regional rail passes aimed at tourists. As mentioned above, it’s also cheaper to travel outside of peak season, and to risk unreserved seating.

It is possible to jet over from Tokyo to Sendai—the airport is a simple 25-minute ride from Sendai Station. There are two direct flights a day from Tokyo, taking just 1 hour and 15 minutes from takeoff to landing. Sometimes you can scoop bargain tickets, but before booking, it’s best to work out how much of a schlep getting from your accommodation to Narita Airport (your departure point) will be. Sometimes the airport transfers can add up–in terms of time and money—to make flying a real hassle. Other times, it’s a breeze.

Perhaps the cheapest way of getting from Tokyo to Sendai is taking a highway bus—you can snag a one-way ticket for as low as ¥2,000. Most buses leave Tokyo late at night, rolling into Sendai around 5 or 6am the next morning. Have a look at Kosoku Bus to see what’s available from Tokyo to Sendai on your travel dates.

A fun (read: really slow) alternative for those who are in Japan during Seishun 18 ticket season is to take only regular JR trains from Tokyo to Sendai. Timed to coincide with the spring, summer and winter holidays of universities in Japan, this super-cheap seasonal pass allows five days (consecutive or not) of unlimited travel on local and rapid JR trains for ¥11,850. It’s perfectly permissible to share the pass among two to five people; this means that, in theory anyway, five people could get all the way to Sendai for the sum total of ¥2,370 each.

Of course, taking only slow trains does complicate the route, so before grabbing your Seishun pass and hopping aboard the next train east, it’s a good idea to go through the transfers and times on Hyperdia (deselect everything but Japan Railways and local). When we looked it up, the Tokyo to Sendai route seemed to require roughly six hours and five transfers. Not too bad, actually!

Summary of transport options from Tokyo to Sendai

The fastest, easiest and most convenient option is the Shinkansen, especially if you have a Japan Rail Pass or are in a rush. The cheapest option is a highway bus, followed by local trains—but these take a lot more time!

If highway tolls don’t give you the heebie-jeebies, you could also rent a car and drive from Tokyo to Sendai. However, unless you’re traveling in a large group, this is not a very economical way of shuttling between the two cities. Trains or buses are recommended.

Pro tip: Once you’re in Sendai, pick up a one-day Sendai Area Pass or two-day Sendai Marugoto Pass for discounts on trains and buses in and between Sendai, Matsushima and Yamadera.

Also give our Sendai sightseeing guide a read!