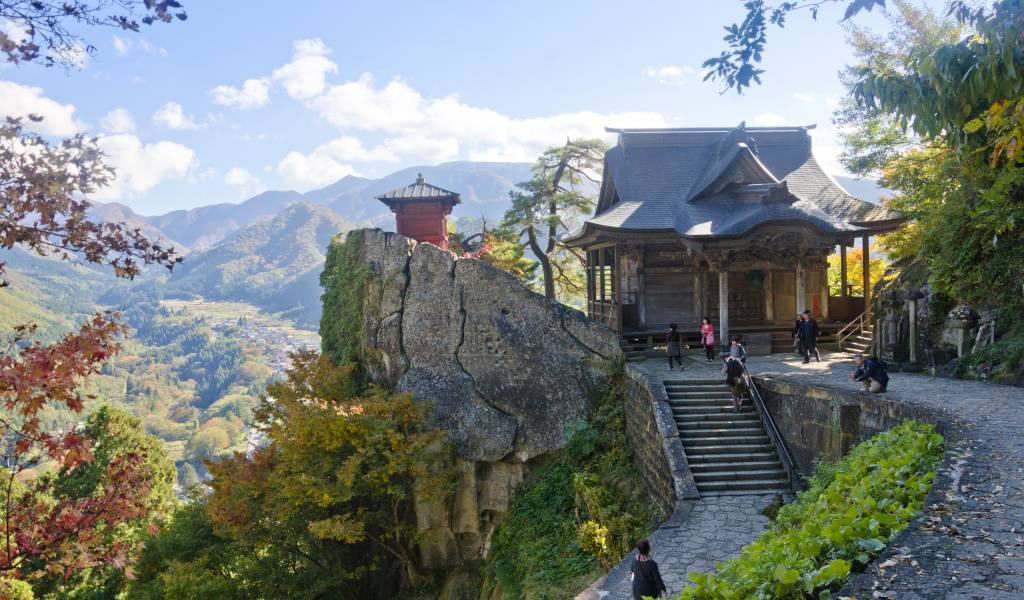 The northeastern part of Japan’s main island (Honshu) is a mind-blowing place. Comprising six prefectures—Miyagi, Fukushima, Aomori, Akita, Iwate and Yamagata—the Tohoku region is where you go for remote beauty and wild outdoor experiences, not to mention good traditional grub. Some parts of Tohoku are just a couple of hours from Tokyo, but for reasons unknown, the area remains one of the least visited by international tourists. And that is a great shame. Here’s how to experience Tohoku from Tokyo.

In my opinion, the best way to explore Tohoku is to get hold of a JR Pass and spend a week traversing the various prefectures. Start with a jaunt to Akita and then hop up to Aomori; from there you could do Iwate, Miyagi and Yamagata, popping down to Fukushima on your way back (or at the start of your journey). A day or so isn’t enough to see all there is to see in each prefecture, but it will give you an idea of what’s out there and where to spend your next visit.

Read on for the lowdown and highlights of each prefecture in Tohoku—as well as how best to get there.

Near the top of Honshu is the mountainous prefecture of Akita, renowned for its rice, sake and superb natural scenery. People head to Akita to soak in high-up hot springs (onsen), walk along lake and sea shores and experience some of the best festivals in Japan.

Eat: Kiritanpo (rice that’s been pounded and shaped into cylinders, often served with nabe), local udon noodles (thinner than most). Wash it all down with a cup of local sake.

Get there: A bullet train from Tokyo Station will have you at Akita Station in just under four hours, for about ¥18,000 (one way). From there, you can hop onto other trains or buses to your destination.

Buying a 7-day JR Pass is a great way to save money; if that’s not a possibility, you could always undertake a rather long and slow ride using the seasonal Seishun 18 ticket. You can also take an overnight highway bus from Tokyo to Akita—at its cheapest a one-way trip costs roughly ¥4,000 and prices top out at about ¥9,100.

It’s also possible to fly from Haneda Airport; there are five or more flights a day from Tokyo to Akita and the journey takes just over one hour.

This is the furthest north you can go in Japan without crossing over to Hokkaido. Aomori is a cool, snowy place famous for its apples, archaeological sites and awe-inspiring natural beauty. It makes sense to visit Aomori and Akita on the same trip, as several of the major attractions straddle both prefectures.

Get there: Shin-Aomori Station is about 3.5 hours by bullet train from Tokyo Station. One-way tickets cost around ¥17,000. From Shin-Aomori, you can take slower train lines or buses to the places you want to be.

If you’re able to get one, a 7-day JR Pass is highly recommended as a way of saving money. The seasonal Seishun 18 ticket also allows discount travel, albeit only on non-express trains. You can also take an overnight highway bus from Tokyo to Aomori—one-way tickets start at roughly ¥4,800 and max out around ¥11,000.

You can always catch a plane from Haneda Airport; there are several flights a day from Tokyo to Aomori and the journey takes an easy hour and a half.

The biggest prefecture on the mainland (Hokkaido being the largest overall), Iwate is a quietly beautiful place that remains off all but a few tourist routes. Overlooking the Pacific, part of Iwate’s landscape is characterized by steep cliffs and stunning coastline. Here you’ll find the best seafood; inland, mountain adventures and hot springs await.

Get there: Morioka Station is just over two hours from Tokyo Station on the Shinkansen, with one-way tickets going for about ¥20,375. From there you can connect to Shizukuishi from where you can access Mount Iwate and Ryusendo

Again we say it; a JR Pass is the cheapo shizzle, giving you virtually unlimited bullet train access all over the country. If you can get one, get one! It will save you thousands. The Seishun 18 pass is another way to travel on a budget, but it does limit you to slow trains (no Shinkansen or expresses, sorry). An alternative is to take a bus from Tokyo to Morioka. Flights are not an option unless you’re traveling from somewhere further afield, like Osaka.

Iwate, together with Fukushima and Miyagi, was severely affected by the magnitude 9 earthquake that struck Japan on March 11, 2011. Some parts of these prefectures were almost wiped off the map; thousands of people lost their lives and local industries suffered extensive damage. As part of the recovery efforts, the trio welcome visitors—but it’s important to be mindful of the tragedy that occurred when touring and talking to residents.

Japan’s third largest prefecture, Fukushima is a huge place that hides mountains, lakes and a whole lot of history. Oh, and over 130 hot springs in which to soak tired minds and muscles. If you’re looking to do something kind for yourself and the country, this part of Tohoku is the place to visit.

Get there: The fastest option is to take a bullet train from Tokyo Station—this will deposit you at Fukushima Station in an hour and a half (or thereabouts). One-way tickets cost about ¥9,000. The relatively short travel time and low cost make Fukushima one of the easiest and most affordable parts of Tohoku for people coming from Tokyo—all the more so if you have a JR Pass. It’s a good use of the Seishun 18 ticket, too.

You can also hop on a highway bus for cheap—one-way tickets start around ¥3,000. Flying is not an option unless you’re heading over from Osaka or Sapporo.

No, Fukushima is not dangerous

Just don’t go into the exclusion zones around the nuclear plant. Since they’re exclusion zones, clearly marked as such and blocked off from the general public, there’s no risk of stumbling into one while looking for a vending machine or anything. The Fukushima Daiichi nuclear power plant was rocked by meltdowns related to the earthquake in March, 2011, and 160,000 people were evacuated from surrounding areas.

In the years since, decontamination and restoration efforts have resulted in the lifting of evacuation orders in some of the affected municipalities. However, widespread misinformation and stigma, together with a reasonable (though largely unfounded) fear of radiation, are keeping the prefecture’s status as something of a frightening ghost town. Life, though, is doing its best to go on, and Fukushima Prefecture remains a beautiful place to visit. The local tourism industry could do with some support.

Interested in learning more about the disaster? Consider joining a bus tour from Tokyo, which will take you deep into some of the areas most badly affected by the 2011 tsunami and nuclear accident. It’s safe, respectful and a great way to see the recovery efforts of the local communities. Their tenacity is inspiring, and their stories will help debunk any misconceptions you may have had about the Fukushima disaster and its legacy.

Another prefecture that’s easy to access from Tokyo, Miyagi offers some of the most splendid views (and hot springs) in Japan. In fact, the pine-dotted vista of Matsushima Bay is rated as one of the three Most Scenic Spots in the country. Further inland, Naruko Gorge is a contender in its own right. The prefectural capital of Sendai may not be awe-inspiringly magnificent, but it is a good place to go for wining, dining and shopping.

See: Matsushima, Sendai, Naruko Gorge and Naruko Onsen, the Sanriku Coast. Pop across to Yamagata too.

Get there: Ride the Shinkansen from Tokyo Station to Sendai Station—it takes an hour and a half to two hours and costs about ¥11,000 one way. The JR Pass and Seishun 18 tickets are ways to save mega cash monies on the trip.

You can also get to Miyagi by bus—one-way tickets to Sendai start around ¥2,200, which is pretty reasonable by our standards. If you’re near Narita, taking one of the two daily flights is also an option.

A large prefecture on the Sea of Japan side of the country, Yamagata is a place to go if you’re looking to get away from it all. Known for its agricultural produce (cherries in particular; try them pickled out of season), Yamagata is a rural wonderland of mountain temples and shrines, hot springs and ski resorts. Go there to get off the bro- and brogue-beaten track.

Get there: A bullet train from Tokyo Station will have you at Yamagata Station in three hours, for about ¥11,000 (one way). From there, as with all the other major stations on this list, you’ll probably need to take other trains or buses to your destination. You can jump on a train to Oishida, which is the gateway to Yamadera and Mount Zao.

As always, a JR Pass is the best way to save money; if that’s not a possibility, you could consider a long, slow ride using the seasonal Seishun 18 ticket. Alternatively, you can take a highway bus from Tokyo to Tsuruoka, a city on the northwestern coast of Yamagata and jumping-off point to Dewa Sanzan. You’re looking at about seven hours on a bus , at a cost of no less than ¥4,200 but more likely around ¥7,540 (or more!) one way.

Taking one of the two flights that depart from Haneda Airport a day is also an option (note that the box below may be blank depending on when you check):

A rather random but incredibly fun trip saw me going from Tokyo to Sendai in Miyagi, where I overnighted at the Richmond Hotel before taking a slow train to Naruko Onsen, a tiny town in the north of the prefecture. There I spent a day soaking in sulfurous hot springs, learning how to make wooden kokeshi dolls, and sampling some very traditional food indeed. I also took in this rather glorious view of Naruko Gorge (I believe it’s even better in autumn):

From my hotel, I also took a day trip to see the mountain temple that is Yamadera in neighboring Yamagata Prefecture, before heading back to Sendai and onwards to Osaka.

Read more about Tohoku and the even-further north, Hokkaido, then give this detailed seven-day Northern Explorer itinerary a glance—it covers both regions.

Written by: Carey Finn
Carey's Tokyo favorites are: artless craft tea & coffee
Filed under: Getting around | Holidays | Things to do
Tags:
Sharing
Questions or comments about this article?
Start a thread on our community forum
Ask our local experts about Tokyo