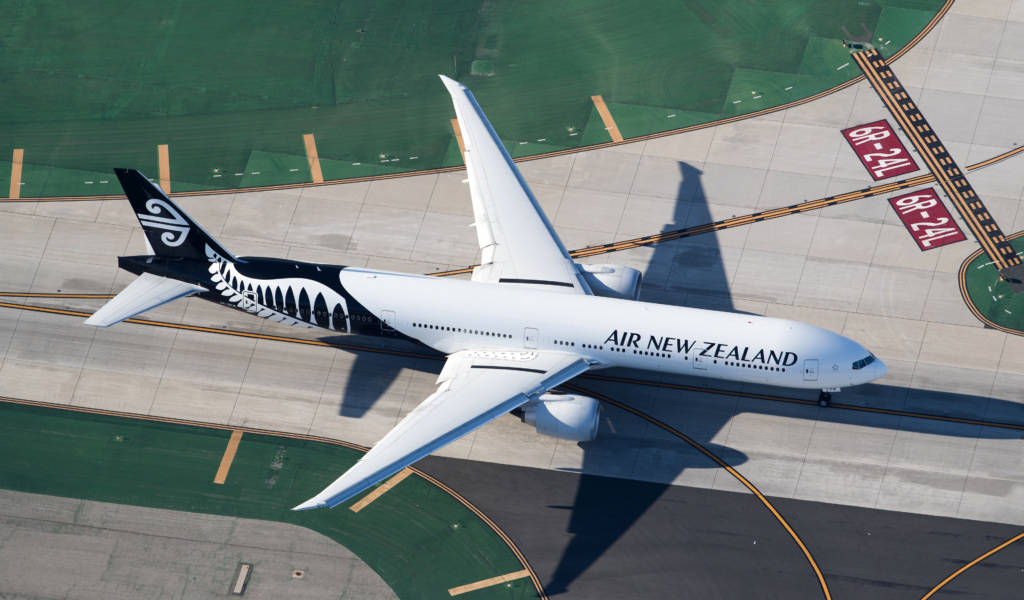 Getting the Cheapest Flights Between Auckland and Tokyo

With 10 direct flights a week and about a dozen transfer options available, Tokyo is one of the most popular long-haul destinations from Auckland. As a New Zealander and long-term resident of Japan, the Auckland to Tokyo flight is one I’ve taken numerous times.

The flight time for direct flights from Auckland International Airport to Tokyo Narita is approximately 10 hours and 50 minutes. Given the large expanse of ocean in between the two countries, there are very few transfer/stopover flights that don’t add a significant amount of extra flying and waiting time. Apart from the direct route, flights through Sydney, Brisbane or Incheon (Seoul) offer the next fastest options.

There are also connecting flights available through South East Asia, Hong Kong, China and Taiwan. With the diversion and waiting time between flights, these could increase your overall travel time to between 18 and 24 hours.

Due to the Air New Zealand monopoly on direct flights between Japan and NZ, the fares are usually higher. Japanese airlines JAL and ANA also offer service to NZ, but neither flies direct with both flying via Sydney. As with other Air NZ routes, the cheapest deals are usually available through Grabaseat, although cheaper fares don’t usually become available until about 1 month before departure as the airline looks to use up any spare capacity on their flights. Bargain flights can be snared for around NZ$600 or less.

Korean Air, China Airlines (via Taipei), Cathay Pacific, the various mainland China airlines and Jetstar usually offer the cheapest fares. Cheap tickets are sometimes available on Malaysia Airlines or Thai Airways, but consider the much-longer flight time (the flight time to Kuala Lumpur is the same as that to Tokyo—plus an extra 6 hours 40 minutes to Tokyo). On the plus side, they all offer interesting stopovers for breaking up your flight.

Best time to fly from Auckland to Tokyo

The best times to fly are off peak, so avoiding the busy periods is the best way to save on your airfare. Flights are usually heavily booked from a week before Christmas until the third week of January. Other peak times include the cherry blossom season spanning late March until mid April, “Golden Week“—a clump of Japanese national holidays at the end of April/beginning of May, the O-bon period in mid August when a lot of Japanese people travel overseas and Chinese New Year—which fills up flights in the whole region.

If you ever have a straight choice, the answer is simple—Haneda is actually located inside Metropolitan Tokyo and it’s a much nicer and better designed airport than Narita—which is located in a neighboring prefecture.

Unfortunately, Air New Zealand and most long-haul flights that originate in New Zealand, fly to Narita. However, some do opt for Haneda, and if you can get the same fare on a flight to Haneda instead of Narita, take it.

Going the other way around: flights from Tokyo to Auckland

Yes, it does sometimes happen than you don’t start in New Zealand. Maybe you’re one of the approximately 4000 New Zealanders who live in Japan, or you’ve fetched up in the land of the rising sun and your next goal is the land of the long white cloud. Either way, there are plenty of direct and indirect flights from Tokyo to Auckland.

Direct flights usually involve at least one leg on Air New Zealand, and another on ANA. This means that prices tend to be much of a muchness, but are affected by seasonal demand. The direct flights from Tokyo to Auckland offered by Air New Zealand and ANA will set you back about ¥105,000, but can go for roughly ¥150,000 or above.

Indirect flights from Tokyo to New Zealand are not that different to the direct flights, with the cheapest, another ANA/ANZ collab, coming in at ¥93,316, including a change of airport in Osaka. We usually advise against changing airports, so use your discretion here. Other indirect flights operated by ANA and/or Air Nz, falling into the rough bracket of between ¥102,000 and ¥106,000, do include a stop at Kansai International (KIX), but involve no disembarkation.

However, if you’re happy with multiple stops and a somewhat longer time in transit, cheaper deals are available. Cathay Pacific offers a reasonable Tokyo-Auckland return for ¥84,000 or so, including a stop in Hong Kong. China Airlines and Jetstar offer something similar, but with a stop in Taipei and another in Brisbane. Watch your six: some flights offered by this combo require you to change airports, not just terminals, in Taipei. New Zealanders (as well as Aussies, Americans, EU citizens, Koreans, Japanese, Norwegians, Canadians, and Israelis, as well as, weirdly, citizens of Eswatini) don’t need a visa for Taiwan, so you could theoretically see a bit of the city during your thirteen hour layover.

Tokyo as a stopover

Another way to experience Tokyo on the cheap is as a stopover destination on a flight to or from Europe. For Air New Zealand flights, the leg from Tokyo to European destinations is usually covered by one of Air New Zealand’s Star Alliance partners—often ANA or Lufthansa. On other airlines, you might end up catching the air equivalent of a local bus with your flight zigzagging all over the place to pick people up and drop people off. Although not always available, flights via Tokyo to Europe generally cost around NZ$1,900 but can be snagged for as low as NZ$1,600.

This post was first published in 2016 by Greg Lane, and updated in November 2019 by Kylie van Zyl. Although we take care to make sure our information is accurate, prices and availability may vary.

Written by: Greg Lane
Greg's Tokyo favorites are: Shinshu Osake Mura, Kiyosumi Teien Garden, The American Craft Beer Experience 2023
Filed under: Getting around | Transport
Tags:
Sharing
Questions or comments about this article?
Start a thread on our community forum
Ask our local experts about Tokyo