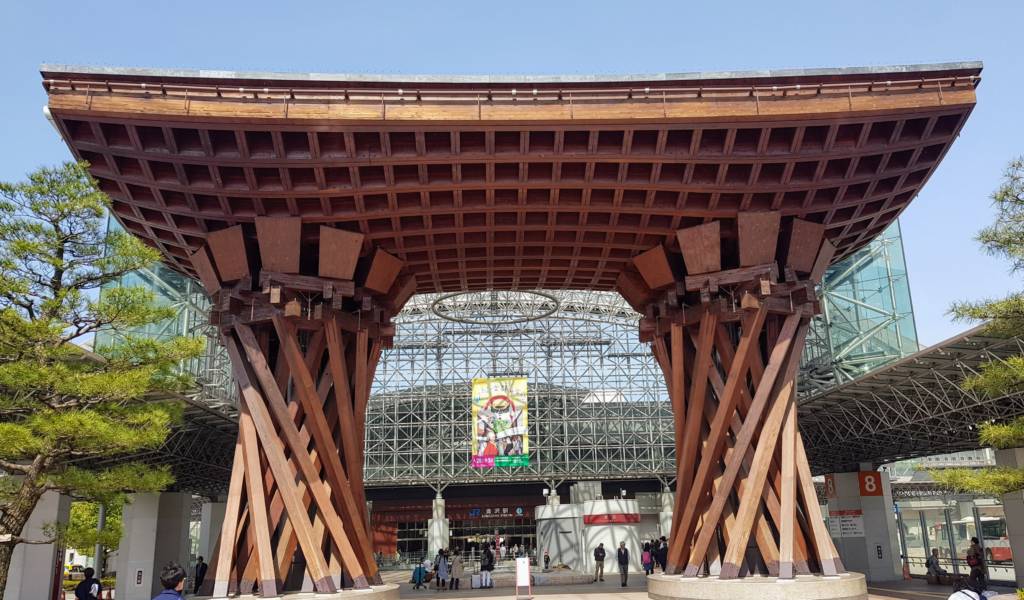 Tokyo to Kanazawa: The Fastest and Cheapest Ways to Get There

With its renowned garden, colorful history, a plethora of museums and its authentic olde Japan streetscapes, this city near the coast of the Japan Sea has become a major magnet for visitors who are after a fix of traditional Japan without the extreme crowds of Kyoto. Here’s how to get from Tokyo to Kanazawa affordably and easily.

One reason for Kanazawa’s increased popularity is that the area is now much more accessible from Tokyo due to the completion of the Hokuriku Shinkansen in 2014.

Top tip: Learn how you take a 2-day getaway to Kanazawa for only 10,000 yen (including transportation and accommodation!).

Although the flight time from Tokyo is shorter, the Shinkansen wins for speed due to the greater frequency, the distance of Komatsu Airport from Kanazawa and the pre-flight formalities involved with flying.

Thanks to the Hokuriku Shinkansen extension in 2014, extending the line from Nagano City, deep in the mountains, to the sloping plains of Ishikawa Prefecture, the journey from Tokyo to Kanazawa now takes as little as two and a half hours. Throughout the day, there are two departures per hour split between the speedy Kagayaki and the slightly slower Hakutaka.

If you are (like me) not blessed with a temporary visitor visa, the

Jalan Pack service through Jalan has some good combined Shinkansen and hotel deals. Of course, it’s only available in Japanese, but you live here right?

Flying from Tokyo to Kanazawa

The closest airport to Kanazawa is actually in the neighboring city of Komatsu, which is not really close to Kanazawa at all. The flight time is only one hour to Komatsu from Tokyo Haneda Airport. As befitting a regional airport in an area with good Shinkansen links to Tokyo, there are only 10 flights in and out per day—with the JAL/ANA duopoly as your only option.

To get from the airport to Kanazawa, you can catch a Komatsu Airport Limousine Bus for ¥1,150 for adults and ¥630 for children. One advantage of taking the bus into town from the airport is that it will drop you in Kohrinbo, right in the center of Kanazawa. You can also catch it from/to Kanazawa Station, if you’ve been unlucky enough to book a hotel in the dullest part of town.

Despite the JAL/ANA dominance, the one way fares from ¥8,500 are actually quite reasonable, and about ¥4,000 cheaper than the Shinkansen even when factoring in the airport bus.

Buses for Kanazawa take about 8 and a half hours and depart from Shinjuku Station, Tokyo Station and Tokyo Disney. Prices range from ¥2,950 for the least comfortable overnight buses through to ¥6,600 for more comfortable options. There are some combo deals available from Willer which include a hotel and outward ticket, as well as just bus options.

Seats can be booked through the Kosoku Bus booking website.

Time: 8.5 hours
Cost: From ¥2,280 (one way)
Money-saving tip: Take an overnight bus to save on one night of accommodation

Another option is to rent a car and drive from Tokyo to Kanazawa.

Pro tip: Once you’ve arrived, explore some of these places in Kanazawa.

Written by: Greg Lane
Greg's Tokyo favorites are: Shinshu Osake Mura, Kiyosumi Teien Garden, The American Craft Beer Experience 2021
Filed under: Getting around | Transport
Tags:
Sharing
Questions or comments about this article?
Start a thread on our community forum
Ask our local experts about Tokyo