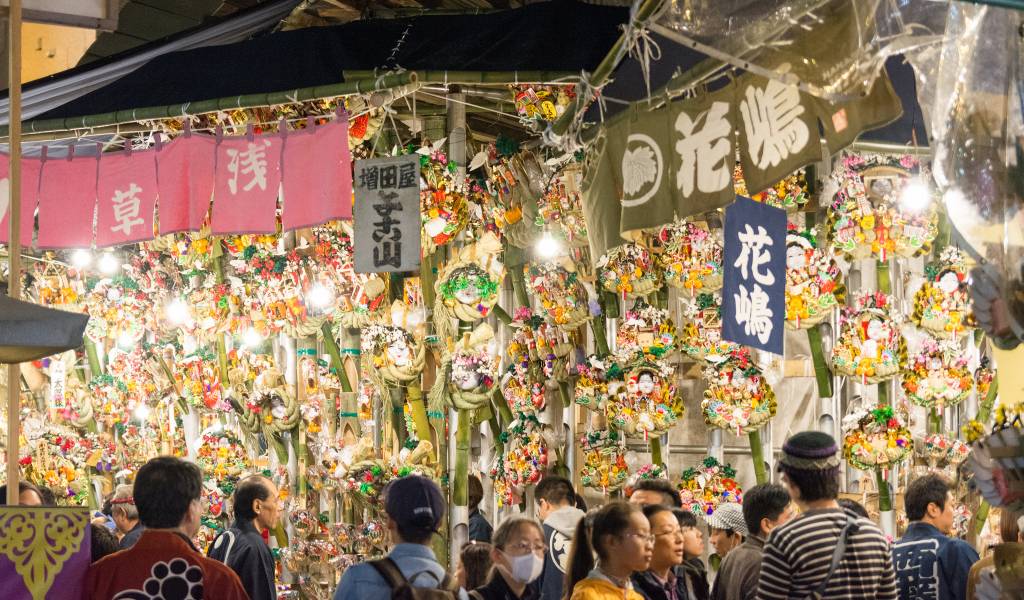 Although Tokyo’s been having an unusually warm autumn, the chilly weather that Tokyoites had experienced for a few days will return soon, and then autumn will give way to winter. And just like that, 2015’s coming to an end. Where did all that time go, seemingly in the blink of an eye? It’s a mystery, but instead of lamenting lost time, why not enjoy these Tokyo events before the year comes to a close?

(And if you’re wondering about the biggies, we covered the best spots for autumn leaves viewing and our top 10 winter illuminations picks separately!)

Where: Mostly around Ikebukuro Station

Festival/Tokyo (yes, that’s the name of the festival) is actually a series of events than one event itself, but they all come together to be considered Tokyo’s largest performing arts festival. Most events will take place in Ikebukuro, notable locations being the Tokyo Metropolitan Theater in front of Ikebukuro West Gate Park and, for exhibitions, the Toshima City Office, but some events will be held elsewhere. To give you an idea of some of the programs, the kick-off event was Festival Fukushima at the West Gate Park, which was started to promote a positive image of Fukushima Prefecture (which often gets a bad rep in foreign press due to the mistaken notion that the entire area was contaminated with radiation); a performance of “A Midsummer Night’s Dream” (til Nov 3) and a zombie opera (til Nov 15). You can check the full list of programs and their respective schedules here. Admission fees range from free (the symposium in Toshima City Office, and exhibits) to 6,000 yen, though discounts for students and for attending multiple events are also available.

A part of the Cool Japan initiative, Moshi Moshi Nippon is brought to you by the same group that opened the Moshi Moshi Box, an information center for tourists, in Harajuku. What used to be a one-day event last year is now a three-day event which opens its gates at 4 pm on the 6th and 12 pm on succeeding days. An event that’s a mish-mash of things that foreigners find cool about Japan, this pop culture-centric festival features music performances from J-pop stars (including Kyary Pamyu Pamyu), idols, and anisong (anime song) artists; models and fashion icons; talks from industry professionals; and Japanese food booths. Best of all, foreigners can attend this event (worth over 4,500 yen per day) for free, provided that they register in advance and present a passport at the entrance!

A traditional open-air market, Tori no Ichi is held annually in November, but the dates vary each year, as this tradition is based on the lunar calendar and the Chinese zodiac. Certain days in November are designated as rooster days, which came to be associated with prosperity in business. In the Edo period, people would go to Otori shrines (shrines dedicated to the rooster) during these days to pray for good business, and they would buy kumade, ornamental, decorated bamboo rakes that are said to rake in success, good fortune, and happiness. There are many Otori shrines—and thus, many Tori no Ichi festivals—around Tokyo, but the most popular one is the Otori shrine in Asakusa’s Chokoku-ji. (Fun fact: Chokoku-ji is a Buddhist temple, but a part of it—Otori Shrine is Shinto.) You, too, can buy a kumade there, and, for extra good luck, you can also enjoy some snacks called Kirizansho (a cake that you can only find in Chokoku-ji’s Otori Shrine) and kashira no imo (steamed taro).

The biannual Design Festa is known as Asia’s largest festival for artists of all kinds: performance artists, painters, crafters, fashion designers, and so on. It’s a platform for around 12,000 artists to showcase their original works, and this November’s Design Festa, with around 3,400 booths, will be the 42nd time for this event to be held. Not only will you see artists display their works, but you can also buy some of them (a lot of crafters and designers sell handmade accessories and unique trinkets here) and watch some create art on the spot. A one-day ticket costs 800 yen in advance and 1,000 yen at the door, but there’s also an option to purchase a two-day ticket for 1,500 yen in advance, and 1,800 yen at the door.

Where: Setagaya or Kamimachi Station

The Setagaya Boro-Ichi is a biannual open-air market, and it’s a tradition that’s older than you think: it dates back to more than 400 years ago. The market features more or less 700 stalls offering everything from food (the specialty being Daikan-mochi rice cakes, the most popular draw of this flea market—you won’t find this anywhere else!) to antiques and used clothes. From Setagaya or Kamimachi Station, head over to Boro-Ichi Street, where most stalls are situated. And if you miss this event, there will be another one from January 15-16 next year!

This event gets a special mention because Chichibu is in Saitama Prefecture, not Tokyo, and, with a travel time of 90-100 minutes from Ikebukuro Station, is a bit far. Still, it’s not that far, and if you’ve got time to spare, why not take a day trip to Chichibu, because this event is traditionally regarded as one of Japan’s top three festivals featuring floats? Among the top three, the other two being Kyoto’s Gion Festival and Gifu Prefecture’s Takayama Festival, this is the closest to Tokyo. It’s just a bit of a bummer for those with weekday commitments like work that this event’s dates are annually fixed at December 2nd and 3rd, which happen to be weekdays this year. Note that the 3rd is the day of the main parade.

Yomatsuri means “night festival,” so this event starts at around 7:00 pm. Be warned, though, that this event draws in a large amount of tourists, so you might want to arrive early. The festival highlights are the big, heavy, intricately detailed floats, which are paraded around the neighborhood to the accompaniment of drums, flutes, and a fireworks display until they reach the city hall, which is the designated otabisho (rendezvous point). The event ends at about 10:00, hopefully in time for you to catch the last train back to Tokyo.